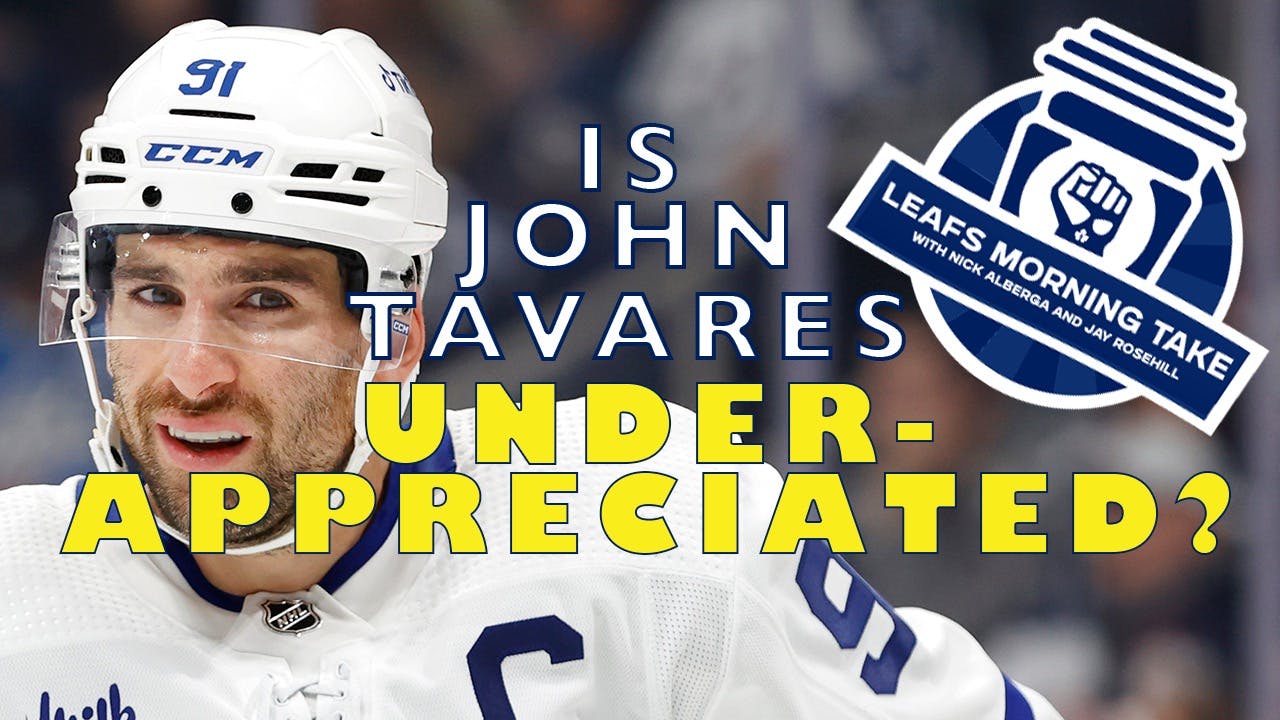 By Nick Alberga
3 months ago
Comments
Happy Monday, hope you had a fantastic weekend!
We’re off and running for another week of Leafs Morning Take!
Fresh off a gritty 4-1 win in Winnipeg, the Leafs are back in action tonight for game two of their five-game road trip as they visit the Vegas Golden Knights.
Phil Kessel, remember him? Honestly, how could you not? Now 35 years of age, the sniper is approaching a major milestone. He’ll suit up in his 989th consecutive NHL game tonight, tying Keith Yandle’s NHL iron man record.

Ahead of Leafs/Golden Knights tonight from Sin City, @Jay_D_Rosehill dished on his former teammate: pic.twitter.com/daUxE1WIJ9

Loved Rosie’s breakdown of Kessel, something tells me he was dynamic to deal with in that Leafs dressing room.
We kicked off the show by breaking down and dissecting Saturday night’s victory in Winnipeg. Is John Tavares underappreciated? Stemming off his two-goal performance, that was our show question today. With three goals and seven points in six games, the Toronto captain is off to a fantastic start.
Advertisement
Ad
Advertisement
Ad
Meantime, we dove into it big-time on Friday, but so far so good for the new-look fourth line. In addition to setting a physical tone, the Clifford-Kampf-Simmonds trio provided the game winner vs. the Jets, how much more can you ask for? You love to see it. Additionally, we previewed Leafs and Golden Knights. It sounds like Pierre Engvall will return to the lineup, Zach Aston-Reese will exit. What a soap opera.
As per usual, we wrapped things up with the PointsBet Canada bet of the day. With good reason, I’m going back to the Auston Matthews well tonight. Frankly, the plus-money is just too juicy to pass up on right now.

Plus money for an Auston Matthews anytime goal tonight?

We’ll be back on Tuesday at 11 a.m. EDT for a full review of tonight’s game, plus much, much more.
Advertisement
Ad
Advertisement
Ad
Also, don’t forget to subscribe, like, and leave us a review wherever you’re checking us out!