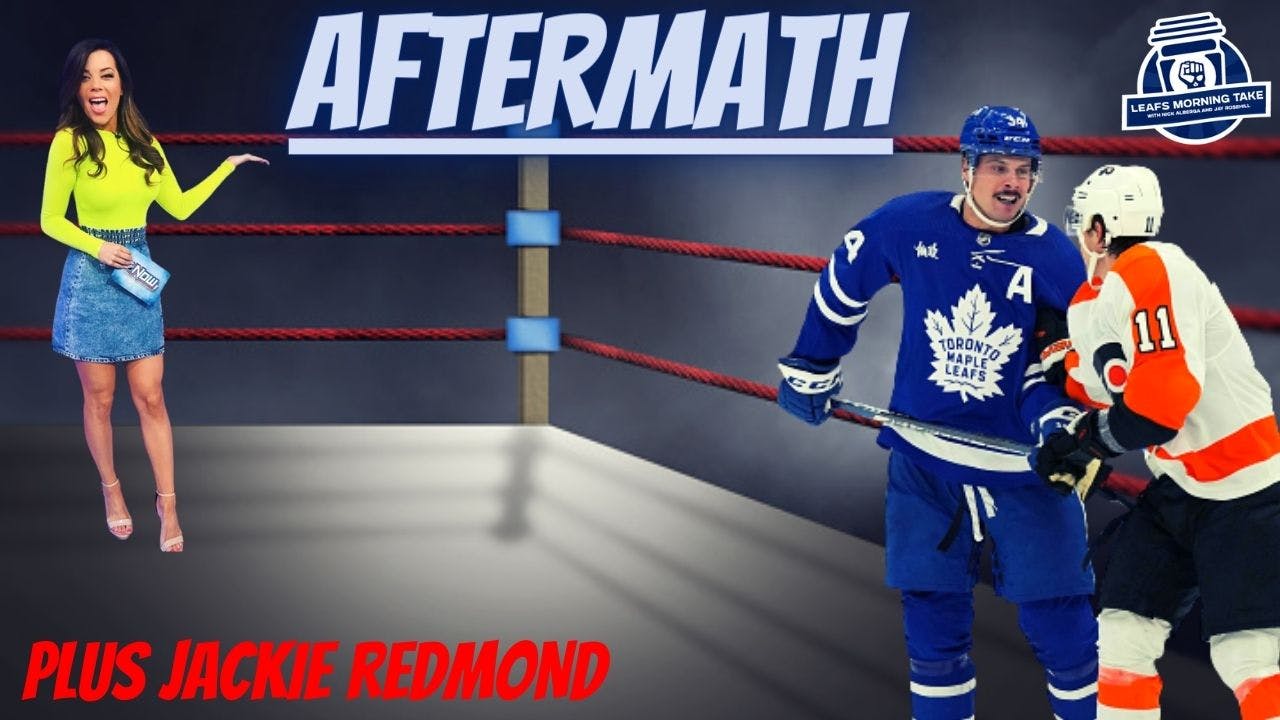 By Nick Alberga
1 month ago
Comments
If you thought last weekend’s back-to-back in Southern California was ugly, on paper, this one’s even more terrifying.
And Halloween’s long gone.
On Saturday, Toronto will host the red-hot Boston Bruins (10-1-0), then on Sunday, they’ll visit the Carolina Hurricanes (7-2-1). That’s right, that’s a combined record of 17-3-1. Ouch.
I flew solo for the Friday Edition of Leafs Morning Take. Rosie was at his firefighting gig, but don’t worry, he made an appearance offering up another instalment of ‘3 Hits With Rosie’. Meantime, the amazing Jackie Redmond of the NHL Network and WWE dropped by for a chat. In case you didn’t know, Jackie’s a massive Leafs fan, so suffice it is to say, there was no shortage of ground to cover with her.

Come for @Jackie_Redmond, stay for the @taylorswift13 talk. #LeafsForever

Advertisement
Ad
Advertisement
Ad
Additionally, I shared my thoughts on Timothy Liljegren’s pending season debut on Saturday night. Perhaps it’s indicative of the current state of Toronto’s blueline, but the 23-year-old will be given every opportunity to play a big-time role. Furthermore, he has the potential to be a major upgrade on what they’ve been throwing out there.
Speaking of the back-to-back this weekend, Jackie and I debated whether it made any sense to start Ilya Samsonov in both games.

Are the #LeafsForever making the right call by giving Ilya Samsonov & Erik Källgren a game apiece this weekend?@Jackie_Redmond & I discussed:https://t.co/8HSM968VIU

Lastly, I went back to a shot prop for my PointsBet Canada bet of the day.

Advertisement
Ad
Advertisement
Ad
Big show coming up on Monday at 11 AM ET. Once again, no Rosie, but as usual when he can’t make it, he’ll be by for a quick hitter. Lots to cover, especially with the back-to-back this weekend.
Don’t forget to subscribe, like, and leave us a review wherever you’re checking us out!