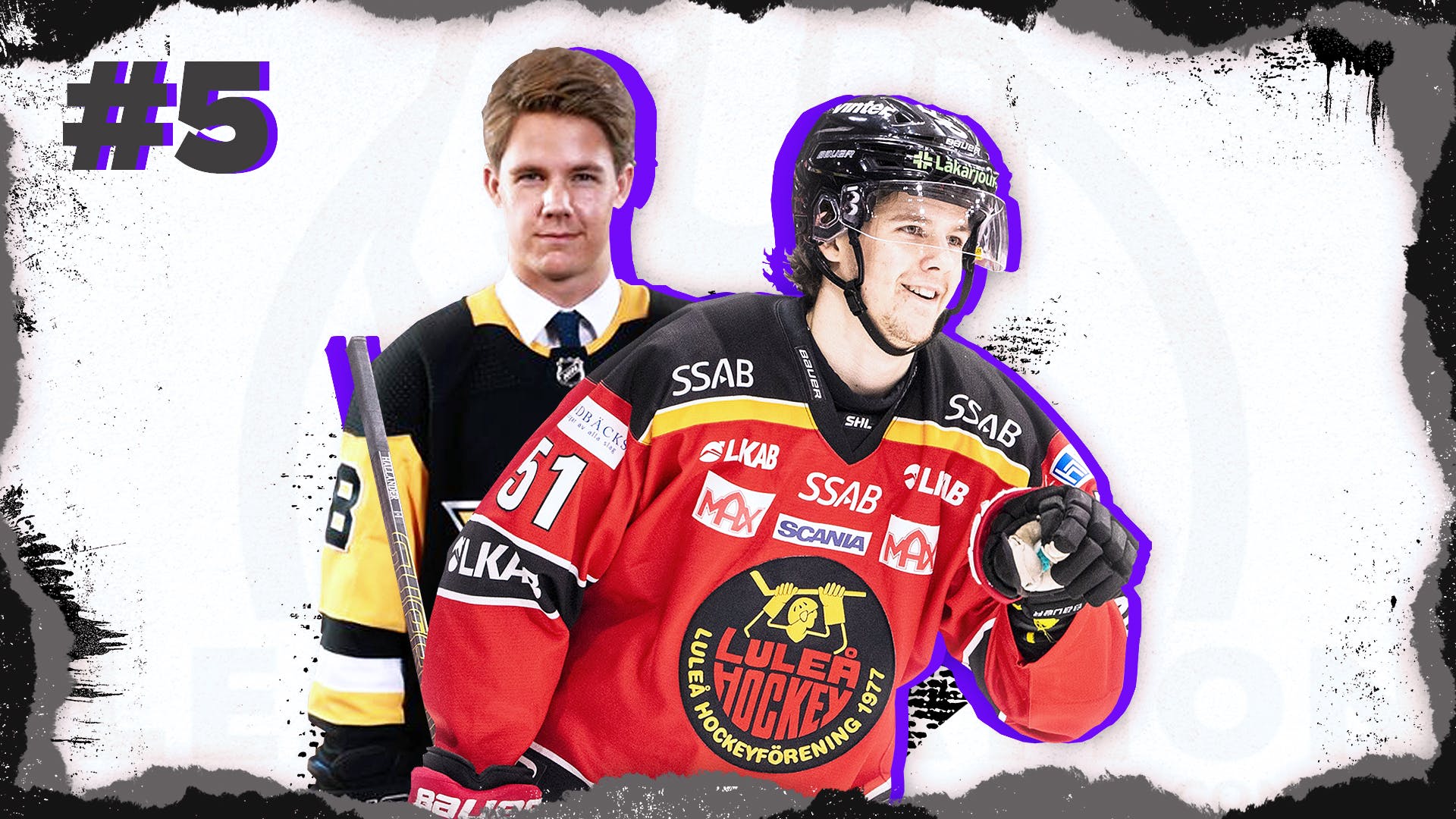 By Matthew Rodrigopulle
2 years ago
Comments
In recent years, the Leafs prospect pool has started to dry up. Of course, this is a given with the Leafs’ increase in competitiveness and their emergence out of their rebuild phase, but solid prospects aren’t so easy to come by these days. Building through the draft is one way the Leafs have stocked up their prospect cupboards, but their fifth ranked prospect arrived in Toronto via trade. The Leafs acquired forward Filip Hallander, along with the pick that would become Rodion Amirov, in the six-player trade that sent Kasperi Kapanen to the Pittsburgh Penguins.
While the Leafs truly did want to shed salary in that trade, it’s no doubt that Toronto got valuable prospects in the deal. Leafs fans should be overjoyed with the addition of Hallander to the team, who could be seen in the blue and white in just a couple of seasons.
Position: Centre
Age: 20
Height: 6’1″
Weight: 190 lbs
Shoots: Right
Drafted: 2018 2nd round, 58th overall

What kind of player is he?

The first thing Leafs fans should note when it comes to Hallander is that he is already a familiar face for Toronto’s front office. In fact, Kyle Dubas had initially targeted him in the 2018 draft, so it’s nice to see that the Leafs got their man in the end.

Dubas says Hallander was right at the top of their draft board when they picked in the second round that year. They were hoping to pick him in 2018.

Before being traded away by the Penguins, he was widely considered to be a top three prospect in their pipeline. Although he never got to play with the Penguins, his performance playing in Sweden’s top league has given him a lot of professional experience.
Advertisement
Ad
Advertisement
Ad
Despite being drafted as a centre, Hallander has also played wing in seasons past. Hallander has spent the last two seasons playing in the Swedish Hockey League, suiting up for Timra in 2018-19 and Lulea in 2019-20. The Leafs already have a ton of skill up front, so Hallander will fit perfectly in. He has high-end skill and specializes in a two-way game that the Leafs will definitely love to utilize.
When analyzing his game, what immediately jumps out is his size, which he uses effectively. Hallander has a big frame which he utilizes to win battles and get the puck in the dirty areas. Most significantly, he can often be found out in front of the net, waiting to make the offensive play or chip in the puck for a goal. He’s not afraid to get physical for those chances, be it an assist or a tip or goal, and that physicality is something the Leafs could benefit from.
Advertisement
Ad
Advertisement
Ad

Filip Hallander loses the handle but creates some chaos in front of the net to pick up an assist #Leafs pic.twitter.com/DXS3e04FdW

While he’s not the quickest, he also joins in on rushes easily and has a real knack for finding the back of the net. He’s a strong skater, which should transition well when he makes the jump to the NHL. Combined with his size and physicality, he’s exactly the type of high-effort player Toronto should embrace. Just look at him fighting for a well deserved empty net goal earlier this month.

He’s also quite the playmaker. With excellent vision and hockey IQ, he makes quick decisions and can make completing difficult passes look easy. He excels at finding his teammates on the rush and receiving hard looks from anywhere on the ice. His two-way game is often highly-touted, which Toronto can use in their offensive core. Without the puck, he’s often looking for opportunities for a takeaway and always trying to turn those into quick plays. His play has often been compared to that of Patrick Hornqvist, another winger known for this effective two-way game.
Advertisement
Ad
Advertisement
Ad

Fun fact, Hallander has said that his favourite player growing up was Peter Forsberg because he was both skilled and physical. You can tell that Hallander’s game mirrors his hero in many ways and if he can continue to play that way in the NHL, Leafs fans have a lot to be excited about.

Hallander has been putting up good numbers in Sweden the last couple of seasons. In his draft year with Timra, he put up 20 points in 40 games. In his draft+1 season in 2018-19, Hallander kicked it up a notch and put up seven goals and 14 assists for 21 points in 45 games with Timra. Last season, he unfortunately suffered a broken leg but he still managed to score 14 points in 27 games with his new club, Lulea.
Advertisement
Ad
Advertisement
Ad
These numbers might not sound like a whole lot at first, but when you realize Hallander’s playing in Sweden’s premier professional league with players much older than him, it’s definitely an impressive feat. I should also add that Lulea finished the season as the best team in the league. They did that with a 19-year-old Hallander playing on the top line. That kind of elite experience playing in the SHL will only help his transition to the NHL exponentially.
This season is currently underway, but Hallander hasn’t quite been playing at the pace Leafs fans expected him to be, netting just two goals and adding seven assists in 17 games. While the numbers may be low, he’s still been taking a ton of shots and showing his flashes of excellency.

What’s next for Hallander?

While Hallander’s likely still a couple years from making the NHL, he’ll continue to develop in the SHL. Hallander is currently signed to a two-year contract with Lulea, so Leafs fans can expect him to possibly stay in Sweden for at least this season. After that, his contract runs until the 2022-23 season, which is when he would become a restricted free agent. He’ll surely be looking to pick things up this year and accelerate his path to the big leagues.
It’s going to be interesting to see where he might fit in the Maple Leafs lineup, but he can project to be a top six or middle six forward in the future. I imagine him being a Swiss army knife-type player, one who can be used up and down the lineup where needed. Those types of players are always valued highly and Toronto will hope he develops as expected.
Advertisement
Ad
Advertisement
Ad
As I said before, the Leafs have a ton of skill upfront. But the Leafs don’t have a lot of two-way forwards, so he’ll surely bring a lot to the table. Could we see him dishing out passes on John Tavares’ wing? Or maybe we may see him paired with Auston Matthews. Regardless of where he ends up playing, one thing’s for sure–the Leafs got an important prospect in Filip Hallander, one who has a very real possibility of being a part of this Leafs core for a while.