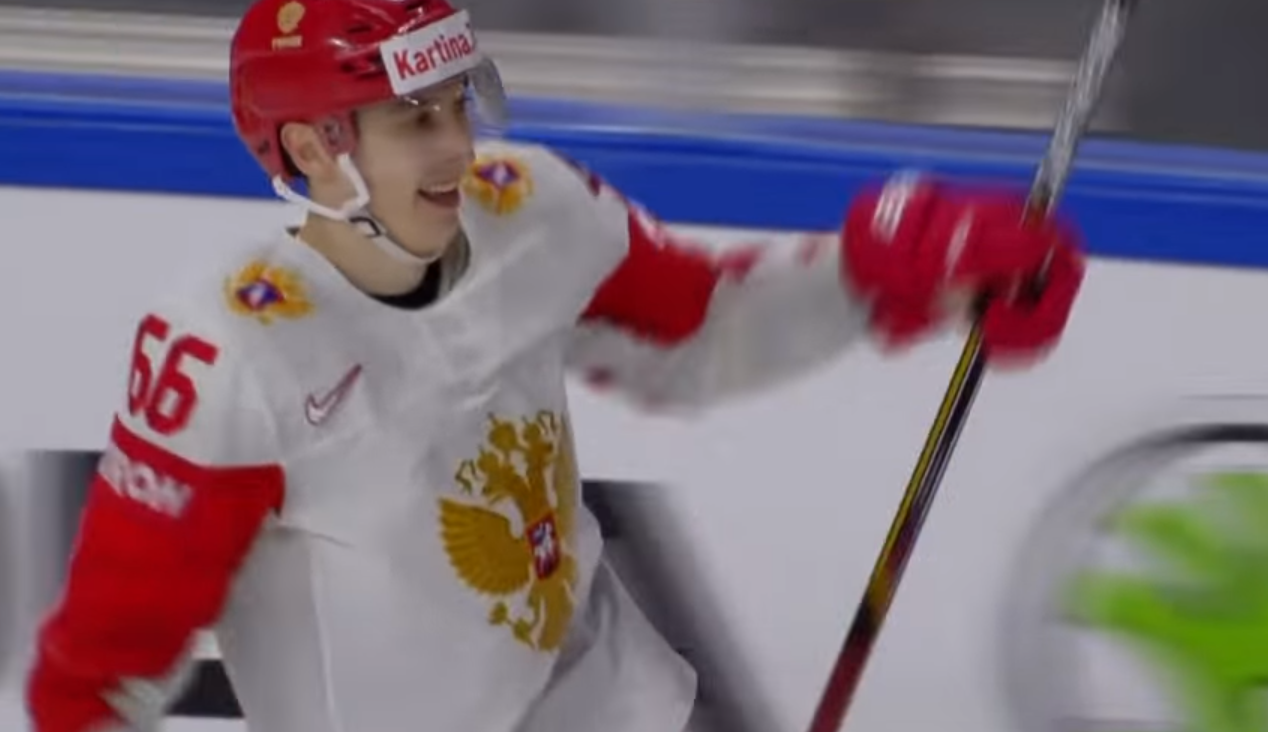 By Jon Steitzer
3 years ago
Comments

Decision time… Ilya Mikheyev is about to make a decision on the NHL team. #WeAreGoldStar pic.twitter.com/NDTw2qIdt6

And with that, the Leafs are now a cup contender again. Okay, that’s a slight exaggeration, but the Leafs have found a controlled cost winger who should be able to improve the middle of the lineup, especially if tough decisions are coming on Andreas Johnsson or Kasperi Kapanen.
The Leafs were supposedly competing against Vegas for Mikheyev’s services, and while insider speculation was that he was always leaning towards the Leafs, it is in fact a reality now.

The Deets on Mikheyev…

Here’s a scouting report on him from Dobber Hockey:

November 2018 – Mikheyev is arguably the best free agent in Europe this season. His KHL contract expires in the spring, and there should be plenty of NHL interest at that point. The 24-year-old winger is a dual threat because he can both make plays and finish them. He has good acceleration and good top speed. His hockey sense is very good as well. He does a good job using his size to protect the puck and win puck-battles along the boards. He can also throw the occasional hit but isn’t known for that style of play. Defensively, he uses his hockey smarts for good defensive reads. He’s a good back-checker, and a capable penalty-killer as well. Mikheyev’s counting stats in the KHL may not look all that impressive but he plays for a low-scoring team, and he’s arguably the best offensive player on the Omsk roster.  Jokke Nevalainen

Their prospect projection model puts him at potentially a 2nd line winger, but more than likely a third line winger in the NHL.
So a youngish winger with size who is trending upwards offensively. That’s pretty darn likeable and a risk worth taking.
Advertisement
Ad
Advertisement
Ad
Ilya’s contract is a one year entry level deal, as it would pretty much have to be. It will be for $925k, and as of this moment there’s no word on if there are any bonuses attached to this.

What does all this mean?

Well, anytime you can add a decent talent for practically nothing you’re supposed to feel happy. So despite being Leafs fans and being programmed to expect the worst, at this exact moment this signing is only good news.
Couple this signing with the Leafs bringing over Egor Korshkov, the Leafs have two potentially solid bottom six wingers they’ve added to the mix for less than the cost of Connor Brown. Hmm… interesting, Connor Brown, wonder if he’s sticking around.
The Mikheyev and Korshkov signings also potentially add more size to the Leafs roster, with along with Hyman and Moore are starting to resemble something potentially more difficult to play against while still being offensive skill driven.
Advertisement
Ad
Advertisement
Ad