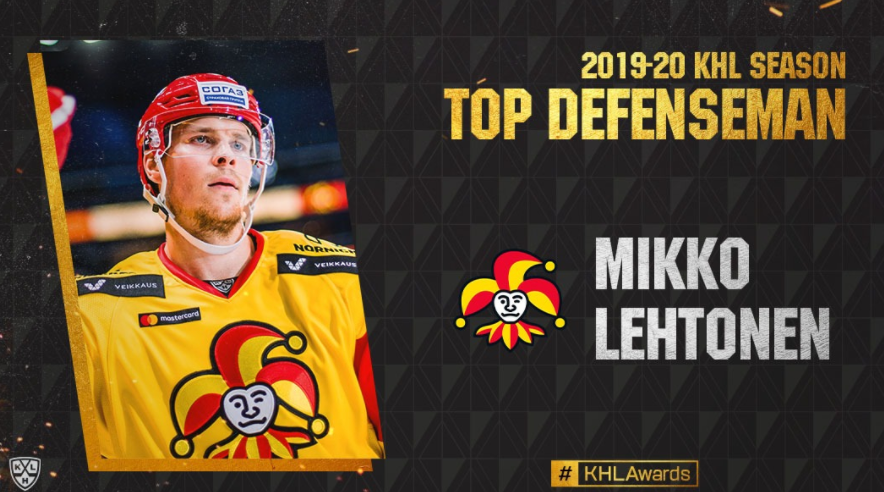 By Jon Steitzer
1 year ago
Comments
It is a coincidence that Mikko Lehtonen is scheduled for today, the first day that we’ll see him on the ice with the Leafs, and in reality, the first time many of us will be taking a look at Lehtonen ever. If your exposure to Lehtonen is what you can find online, you’ve probably established that he’s got a great shot from the point and he’s an offence first type of defenceman. Think more Barrie than Ceci.
Given Lehtonen’s offence, his number is 1. He’s been a point per game player in the KHL this season, and that’s one of the reasons for choosing that number. Along with the fact that today is his first day, and also because there may be a case for making him the defenceman on the number 1 power play unit.
Advertisement
Ad
Advertisement
Ad

Mikko Lehtonen scores his 8th goal of the season. He’s now up to 8 goals and 8 assists in 14 games. #Leafs pic.twitter.com/N0pwuBWv1I

Until we get the Leafs defensive pairings in a matter of minutes, none of us really have an idea where Sheldon Keefe envisions playing Lehtonen. While he has a left shot, he has spent time playing on the right in the past, and has expressed his comfort for that side of the ice.
Fans of Lehtonen have made a case that he can be a top four defender for the Leafs, but playing him with Muzzin on day one seems like a bit of a stretch, especially given the struggles of the Muzzin and Barrie pairing early last season, and giving Muzzin an offensive driven partner who is also adjusting to NHL sized ice might be a bit much. Instead Lehtonen is likely in the mix with Dermott and Bogosian, for the bottom pairing role. Whether or not he’s viewed as the left side guy and if he sees more ice time than the others will be one of the things to watch for, but can’t really be established at this point. With the Leafs interest in trying a 11F/7D approach, it seems like Lehtonen will be an every day player.
Advertisement
Ad
Advertisement
Ad

One of the other things that warrants some consideration is where does Lehtonen best fit in with the power play. The Leafs are very attached to the 4F/1D approach to the power play and at times seemed more likely to move towards a 5F/0D approach than a 3F/2D. With the number of capable forwards the Leafs have for producing offence and moving the puck, that really isn’t a surprise. Also considering that Rielly is a very capable top unit power play defenseman, it seems the primary role is filled with Lehtonen competing with Brodie and Muzzin for the role anchoring the second unit, although if Lehtonen is in the lineup, it seems like it’s his job to lose.
Advertisement
Ad
Advertisement
Ad
That being said, there is an argument that Lehtonen might be more of what the top unit has lacked since the departure of Jake Gardiner, and that’s a heavy quick release shot from the point.
Morgan Rielly is great offensive talent, he moves the puck well, finds the open man well, and pinches at the right time to apply pressure. He’s very good at those things, but he lacks the point shot of Lehtonen, and given the Leafs are already loaded with capable puck movers in Marner, Thornton, Nylander, etc. as candidates for forwards on the top unit, I’ll think out loud about whether Lehtonen could be the better fit for the top unit.
Of course, the Leafs also have the opportunity to create a very different second power play unit from their first, and while Matthews, Tavares, Marner, Nylander, and Rielly could overrun the opposition with offensive skill, a second unit of Thornton, Robertson, Simmonds, Spezza, and Lehtonen could play a much more traditional style with Lehtonen with the booming shot on a Simmonds screened net.
Advertisement
Ad
Advertisement
Ad

More of these questions may be answered today.
Additionally what we know with Lehtonen is the Leafs have a bit of a safety net with him, and don’t need to rush him, although I’m not sure how much time they’ll commit to developing a first year NHLer who is turning 27 later this month. Lehtonen is waiver exempt, and the Leafs can either hold him out of the lineup at the start of the year until he’s found his footing in North America, or they can easily remove him from the lineup if things aren’t working out. Like Barabanov, he’s in that found wallet sweet spot, but with the understanding that Lehtonen probably didn’t cross the ocean in the middle of a pandemic to sit on the taxi squad or be demoted to the AHL. Lehtonen will receive every opportunity to make his case for being a Leaf and being a Leaf on a nightly basis. And unless adjusting to the league proves to be too challenging, the numbers we’ve seen from his KHL season provide us with a lot of excitement that he’ll be a great fit.
Advertisement
Ad
Advertisement
Ad