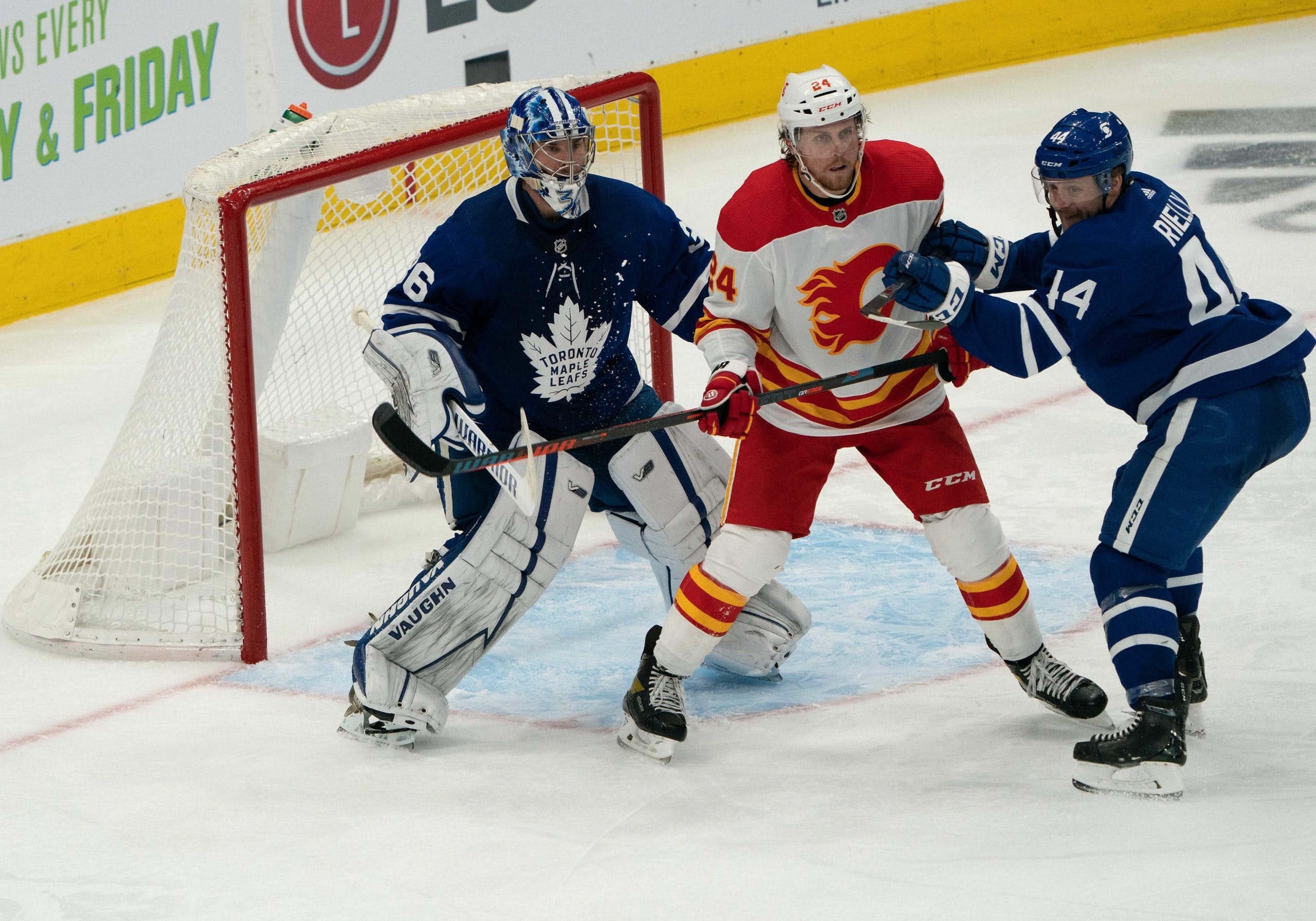 Photo credit: Nick Turchiaro-USA TODAY Sports
By Jon Steitzer
1 year ago
Comments
It’s the opening day of training camp, and while the team and the players want the focus to be about what is about to happen on the ice, for very good reasons there is some interest in what didn’t happen off the ice this summer, and that was contract extensions for either @Morgan Rielly or @Jack Campbell.
Considering the recent departures of @Zach Hyman and @Frederik Andersen for absolutely no return, and the preceding departures of players like James van Riemsdyk, Tyler Bozak, and Jake Gardiner. No matter what you thought of these players, all had value at the trade deadline, all were kept because the Leafs wanted to make a splash in the playoffs, all the playoff appearances were limited to one round, and every one of those players left.
The fact that the Leafs continue to believe in themselves is admirable, but there was some hope that they’d hedge their bets and get their important UFAs signed well in advance, or at the very least address Morgan Rielly’s UFA status. That hasn’t happened…

Kyle Dubas on Morgan Rielly: "The contract negotiation thing with a flat cap….that's a personal matter for Morgan and a private one for us. You want to see where things go through the year with the cap."

Morgan Rielly on his contract situation with the Leafs.👇 pic.twitter.com/39KPoFrKX5

Advertisement
Ad
Advertisement
Ad
So let’s work from the bottom back up. The fact that the Leafs haven’t had discussions with Campbell or his agent isn’t as alarming as the Morgan Rielly situation. Jack Campbell will be 30 when he hits free agency, and has 28 regular season games to his name as a Leaf. Those games have gone very well, but understandably if Campbell wants to be treated as a starter he will need to show more, and at least eclipse the 41 game mark for the first time in his NHL career. The bar seems to be set for his possible earnings at @Petr Mrazek’s contract or a bit higher depending on utilization, but I can imagine both the Leafs and Campbell want to see if they are going higher or lower.
The fact that Cal Petersen got paid today does raise some concern though.

Rielly is much more of a complex situation, and the fact that Kyle Dubas is already talking about how the salary cap could be increasing is a bad sign when it comes to the money that Rielly is going to get. While Rielly might take a bit less to play in Toronto, anyone holding out hope that his AAV will start with a 5 or a 6 needs to abandon that hope now. Even those clinging to the idea of the high 7s are probably going to be considered too optimistic at this point.
Advertisement
Ad
Advertisement
Ad
The contracts for @Seth Jones and @Dougie Hamilton already made getting Rielly done this summer a challenge, and perhaps that fed into the Leafs declining sense of urgency in getting something done immediately. The Leafs can cross their fingers and hope that @Josh Manson, @Hampus Lindholm, @Mattias Ekholm, and @John Klingberg create better comparables for Rielly in the months.
While the lack of progress on the contracts at this point might be understandable, the idea of losing a top defenseman or a potential starting goaltender for nothing still isn’t something the Leafs can risk, and it might be time for some tough decisions come trade deadline.
Fortunately for the Leafs, that time gives them a chance to see what Petr Mrazek looks like in net. It gives them a chance to assess the development of their young blueliners, and we’ll all have the better context of the expectations for the Leafs in the postseason.
Advertisement
Ad
Advertisement
Ad
Even if the Leafs go through the trade deadline, and keep Campbell and Rielly without extended contracts, there is still the opportunity to get them signed before July 1st, and really it’s not until that date that we can fully weigh-in on whether this is being mishandled or not.
Between the Leafs recent history with UFAs, and the fact that players tend to come in cheaper the sooner they signed raises the concern about how the Leafs are proceeding, but until things actually go sour there can be some cautious optimism that it will get sorted out the way it needs to.