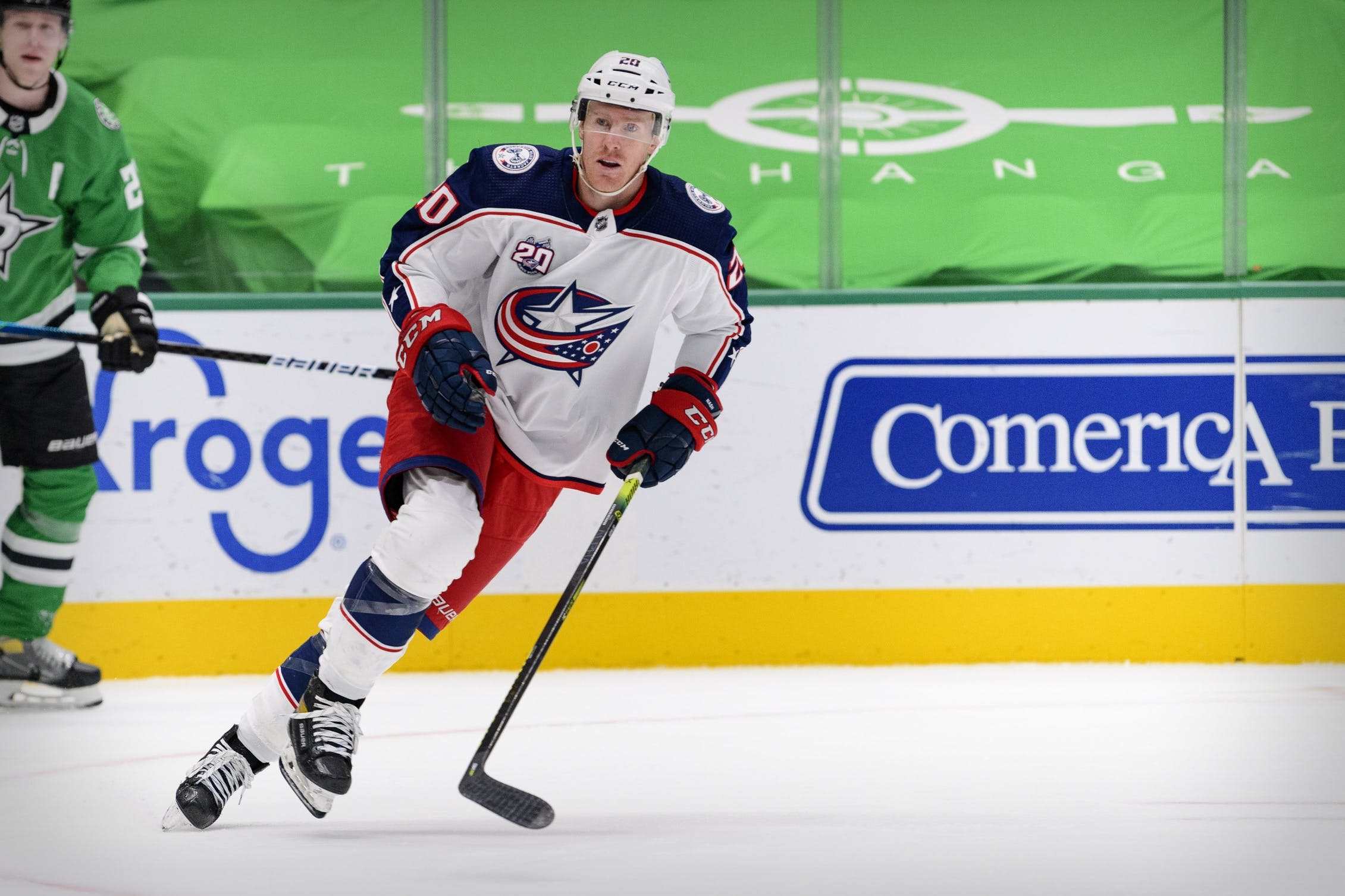 Photo credit: Jerome Miron-USA TODAY Sports
By Scott Maxwell
1 year ago
Comments
Kyle Dubas has made his first move at the deadline.

The Leafs announced that they had acquired Riley Nash from the Columbus Blue Jackets for a 7th round pick. Nash comes with a cap hit of $2.75 million and is a UFA at the end of the year.
Now, you may be wondering how Dubas will make the money work in order to make other moves at the deadline. That’s because the Blue Jackets just put Nash on LTIR due to a lower body injury, and he’ll be out for 4-6 weeks, meaning he’ll come back right around playoff time.
Advertisement
Ad
Advertisement
Ad
The Leafs also just announced Frederik Andersen was put on LTIR retroactive to when he stopped playing to make room for Nash, and then Nash will go on after Andersen is off. The LTIR moves also will give the Leafs some extra cap space going forward, although I’m not even going to try and do the math on that.
Of course, Nash is also a solid player in his own right. While he doesn’t provide much offense, Nash is one of the best shutdown centres in the league, and can handle tough minutes extremely well, so it sounds like he could potentially slot into that 3C spot if Engvall falters. Worst case scenario, the Leafs end up with some extra depth in the playoffs.

Riley Nash, acquired by TOR, is arguably the best shut-down fourth line centre in the NHL. Provides no offence whatsoever – nothing happens when he's on the ice for either team. #LeafsForever pic.twitter.com/kz1vRO8QTn

Advertisement
Ad
Advertisement
Ad
The pick only becomes a sixth if Nash plays in 25% of their playoff games, so this is a sneaky great move from Kyle Dubas, acquiring a useful player for basically nothing.
That said, the cap doesn’t quite add up for the Leafs just yet, which means we may see another move soon, maybe even tonight.