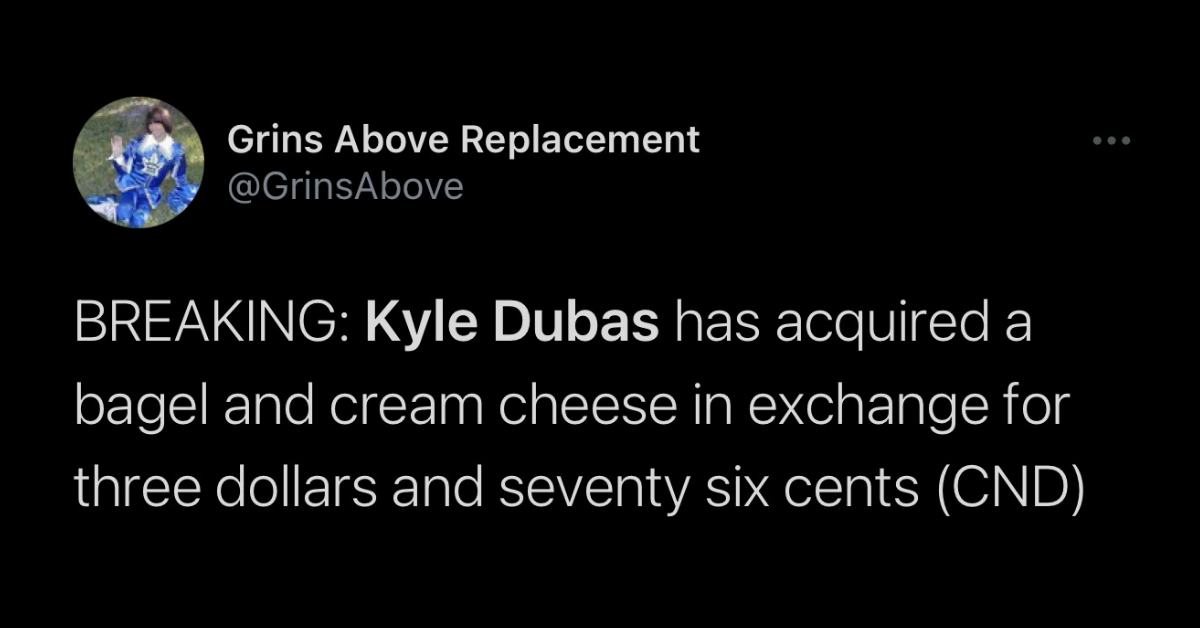 By Caroline Szwed
8 months ago
Comments
It’s official! Another NHL trade deadline is in the books!
We already know what went down in Leafs Land but just in case you missed it, our live tracker will fill you in on anything and everything you need to know:
Now, one of my favourite parts of NHL trade deadline day are reading all the impulse fan reactions on Twitter because who doesn’t love a little entertainment sprinkled in on a very important day?
Let’s get started, shall we?
Toronto Maple Leafs icon, Steve Dangle set the tone perfectly before trade deadline with this video:

Me for the last hour: pic.twitter.com/PkKPVB6Hgy

Followed by a tweet that had me doing a double take:

The problem with Leafs Twitter is that everyone wants to be the smartest person on it but we’re all idiots.

Here’s a tweet that blew up in Leafs Land for obvious reasons:

But what if everything will be okay? (I love the positive TML fans!)

what if this is actually the year the leafs get it done? it would be so fitting. this is arguably the year where there’s more doubt and noise from the outside than ever. imagine if what gave them success was the fire the doubters lit under them…#leafsforever

I can’t believe the Oilers and Leafs didn’t get a goalie. Like…stunned.

Kyle Dubas trying to get goalies through waivers pic.twitter.com/BOJuagq8Us

Did we expect more from Kyle Dubas and company?

The Leafs definitely made some solid moves heading into the deadline, but it's hard not to be disappointed in the lack of a significant trade today

Now, I’m not sure if this is true or not but nothing tastes better than a bagel with cream cheese so you have to give Dubas some credit on this acquisition. My only question is, was the bagel toasted?

BREAKING: Kyle Dubas has acquired a bagel and cream cheese in exchange for three dollars and seventy six cents (CND)

Gonna throw it out there that this trade deadline is vital for Kyle Dubas for obvious reasons but also Brendan Shanahan has been the president for eight years now.