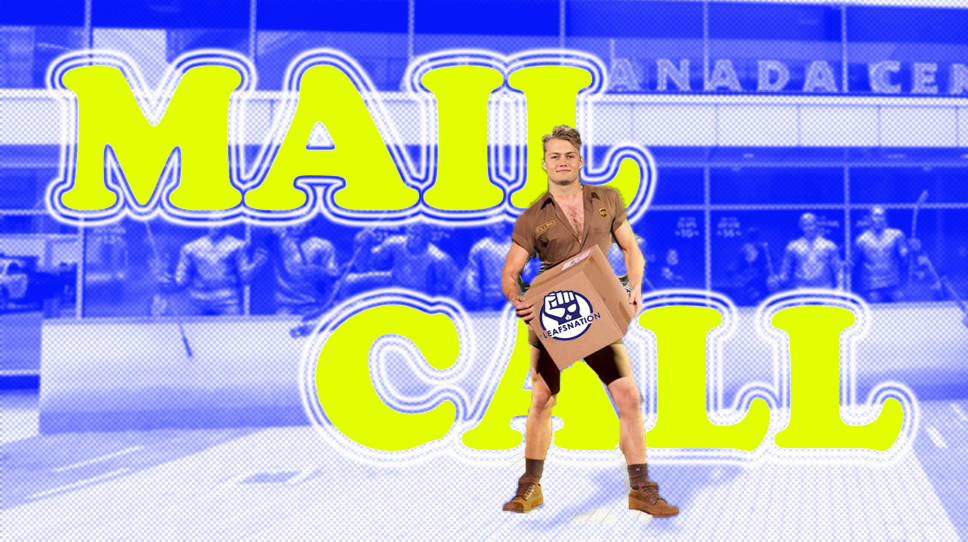 By Jon Steitzer
1 year ago
Comments
As we continue to inch our way towards the playoffs and meaningful hockey, I thought it would be a good idea to get some questions from you, our valued readers for our TLN crew to respond to. You’ve come at us with three very loaded questions, and we thank you for it.
Let’s get started…

With all the Defensive parity creating a log jam at the back end, (Imagine that, the Leafs having defensive depth) where do you rank each defenseman on the Leafs main roster?

Michael Mazzei:
Oh man, that’s a tough one. Despite all of his flaws, I still think Rielly is the Leafs top defenceman but Brodie is right there at number two. The gap between the two is pretty small and both are integral to the team’s success. Muzzin and Holl go next and you can rearrange it however you want. The rest go Bogosian, Sandin, Dermott, Liljegren, Hutton, and Marincin.
Mark Norman:
Dylan Murphy:

What does the Bottom Six look like? Does Nash draw in game 1? and does the 3rd line stay the same?

Is Joseph Woll the future in net for the Leafs?

Michael Mazzei: I think he is certainly in the team’s long-term plans which could explain why he has spent parts of this past season on the taxi squad. The thing is I don’t know for sure if he is indeed the future goalie for the Leafs simply because of how well Campbell has played and the likelihood of him sticking around for the foreseeable future. Woll could very much be the backup but in all honesty, we won’t get a better answer until after the playoffs are done and when the Kraken’s expansion draft comes and goes.
Advertisement
Ad
Advertisement
Ad
Mark Norman: I think this might be a bit premature and we need to give it more time. We just had Sparks, an AHL goaltender of the year and Calder Cup champion, flame out on us two seasons ago. If a resume with that pedigree doesn’t result in success at the NHL level, Woll’s current numbers at the AHL level (0.889 save percentage) don’t inspire much confidence. It’s early stages for Woll: he hasn’t even played 50 AHL games in his young career, so there’s time to learn and develop into something more. But we probably shouldn’t be having this conversation until at least 2 years from now… let’s see what he can do by then. It’s incredibly hard to become an NHL starter.
Advertisement
Ad
Advertisement
Ad
Jon Steitzer: Woll could very well be the future of the Leafs net, but I think we need to be comfortable waiting a couple of seasons to know for sure. Goalies are the ultimate project, and while the pedigree is there and the progress is also showing, it’s going to take time unless Woll is an absolute freak of nature, and all signs point to him not being that. The signs do point to Leafs bringing him along to possibly see more starts with the Marlies next year, and if that goes well he could get a taste of the NHL just to get his feet wet in the dog days of next season before transitioning him towards a backup role, again, if things look promising. A couple of years out, if Woll looks good, who knows, he could be a starter and grab the Leafs net, but it’s going to largely depend on how well he works with the Leafs goaltending coaches and consultants, and if he’s able to make that transition to facing the most incredible goal scoring threats in the world that are a significant notch above what he’s faced so far in his career.
Woll shows promise, but the counting on a goaltending prospect panning out seems like a bad idea. At one point the Stars thought that Jack Campbell was going to be their guy, and it took him a long, long time and some re-coaching to become that for the Leafs. The Habs have hung onto Cayden Primeau as the potential successor to Carey Price, and the Leafs had no problem dissecting him the other night. Slow and steady wins the goaltending race, as well as having contingencies stacked on top of contingencies.
Advertisement
Ad
Advertisement
Ad
So closes another mailbag. Let us know your thoughts below, and if you have questions for a future mailbag, feel free to send them our way on twitter.