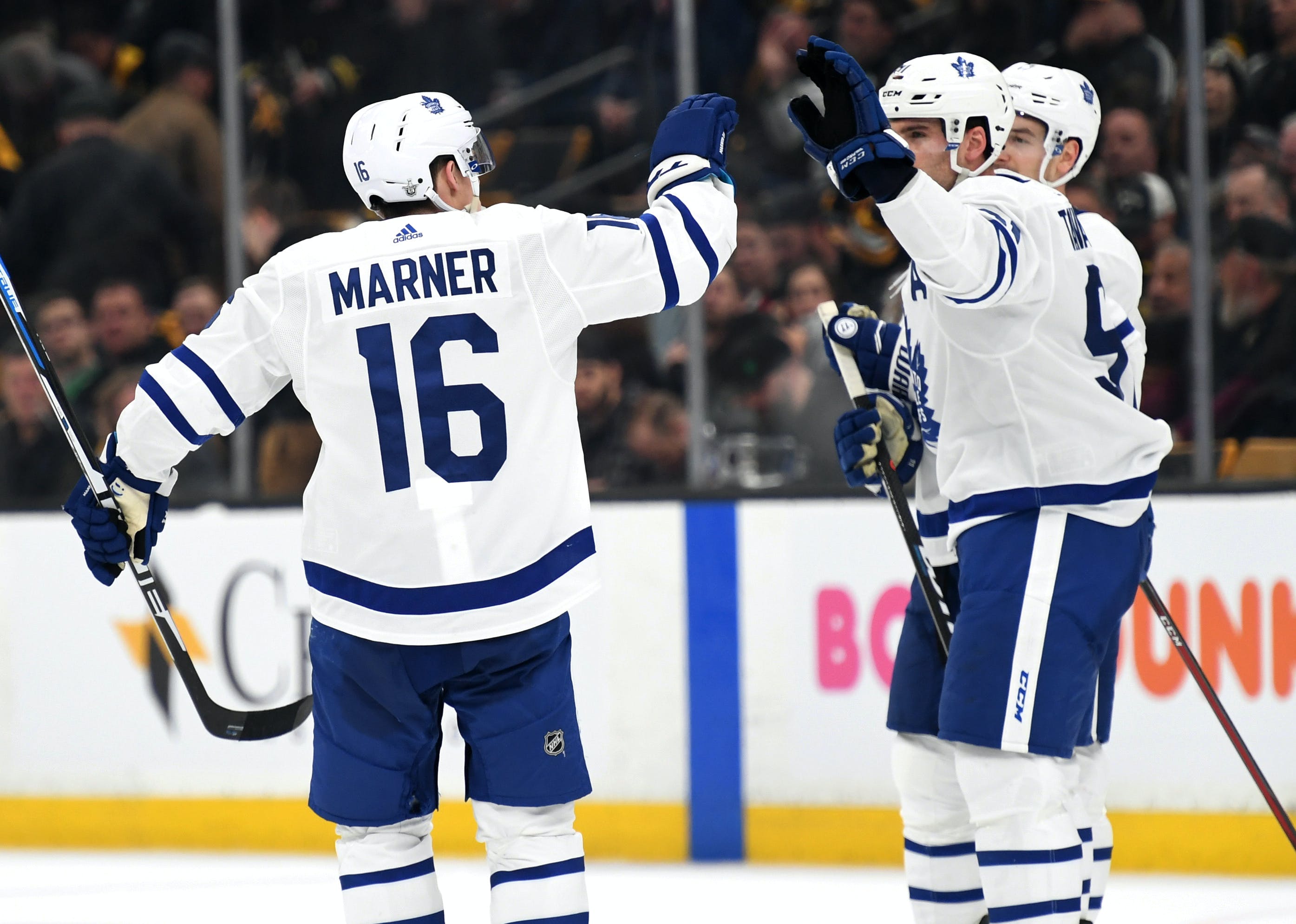 Photo credit: © Bob DeChiara-USA TODAY Sports
By Jon Steitzer
2 years ago
Comments
It might not be the Selke Award he was going for, but Mitch Marner has the potential to take home some hardware this offseason:

A leader on and off the ice.

Congratulations to @Marner93 on being nominated for the King Clancy Memorial Trophy!#LeafsForever pic.twitter.com/KngeUkI6oK

King Clancy Memorial Trophy
Description: First awarded in 1987-88, the King Clancy Memorial Trophy is presented annually “to the player who best exemplifies leadership qualities on and off the ice and has made a noteworthy humanitarian contribution in his community.”
Voting: Each NHL team submits a nominee for the King Clancy Memorial Trophy. The three finalists and ultimate winner are selected by a committee of senior NHL executives led by Commissioner Gary Bettman and Deputy Commissioner Bill Daly.
The selection committee applies the following criteria in determining the finalists and winner of the award:
* Clear and measurable positive impact on the community
* Investment of time and resources
* Commitment to a particular cause or community
* Commitment to the League’s community initiatives
* Creativity of programming
* Use of influence; engagement of others

The @NHL has announced the 31 team nominees for the 2019-20 King Clancy Memorial Trophy. https://t.co/FupLpsuIgA pic.twitter.com/Z379V56Zaw

Advertisement
Ad
Advertisement
Ad
Whether Marner becomes a winner or finalist remains to be seen but as for now it is nice to see one of the Leafs young core players giving back to the community.