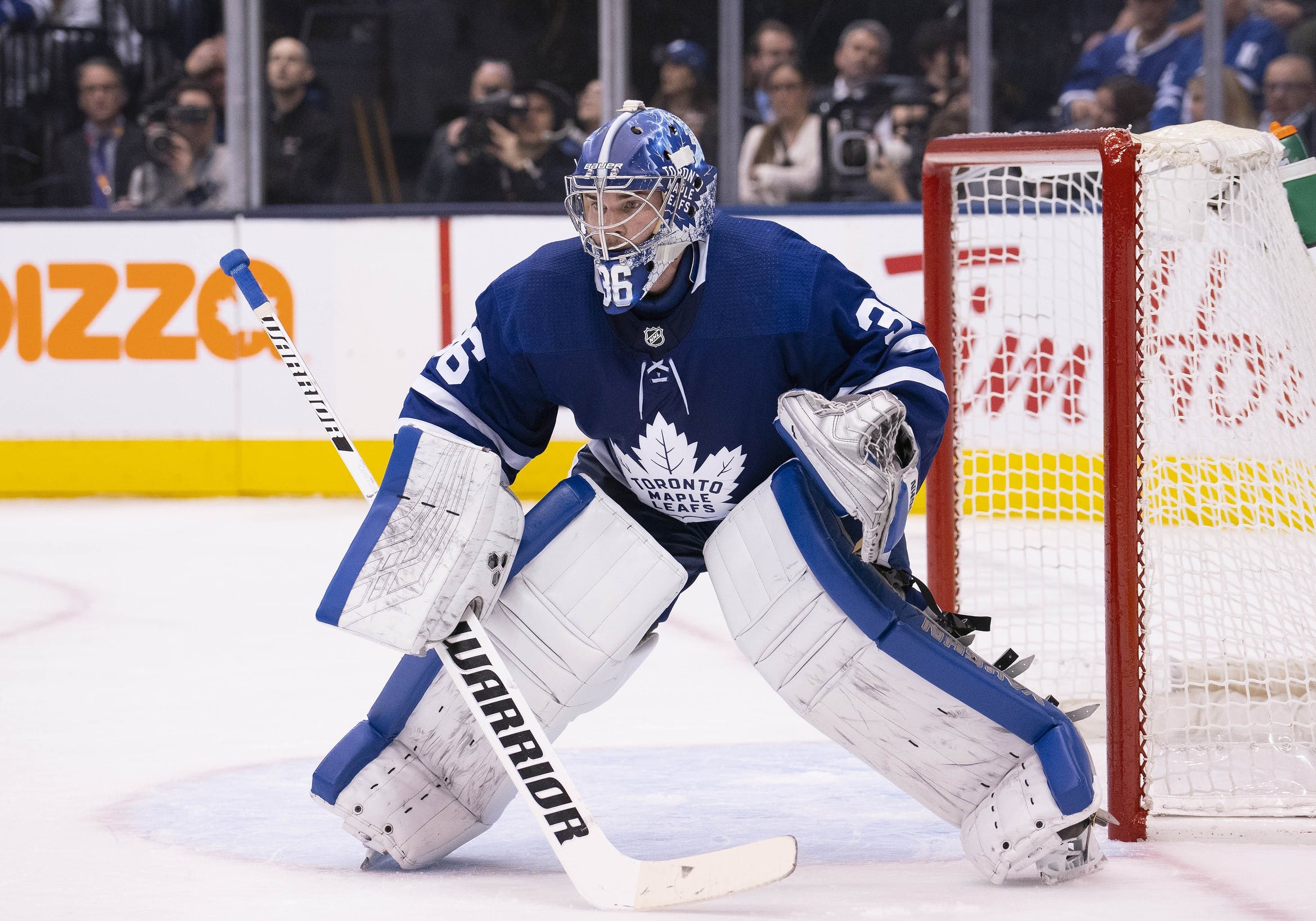 Photo credit: © Nick Turchiaro-USA TODAY Sports
By Jon Steitzer
2 years ago
Comments
Going into the Leafs vs. Leafs preseason game to decide who Leafs the hardest, we already had a pretty good idea of what the Leafs were. We were expecting an offensively driven team that relies on skilled puck movement, and elite finishing ability to get the job done. In short we expected them to be fun, and a 7-3 win for White over Blue points to that. And there was no doubt that after a five month absence of seeing the Leafs on the ice, in something resembling a hockey game, we all wanted this.
Moving past the fun stuff, there were certainly somethings that we wanted to keep an eye out for, and some of the simple questions were answered.
First up, should be excited for Mikko Lehtonen in a Leafs uniform? Well, he answered that with a resounding yes.

Mikko Lehtonen with the shot, and William Nylander with the tip past Freddy and it's 3-1 for Team White! pic.twitter.com/jp6duffGBj

His shootout goal at the end of the first period was also encouraging, and while it’s too early to say “upgrade over Tyson Barrie,” I’m going to start thinking it and will be wishing it into existence sooner rather than later.
A strong outing from Barabanov, but one less highlight driven, gives some hope that the Leafs will have an incredibly tough decision between him and Nick Robertson for who cracks the opening night roster. Shift by shift Barabanov looked better than Robertson, but Robertson did remind us of why we are excited about him with this…
Advertisement
Ad
Advertisement
Ad

Nick Robertson with a howitzer past Aaron Dell to show you why he's not a defenceman and it's 6-3 for Team White pic.twitter.com/DZzfEatMcW

Both Rasmus Sandin and Timothy Liljegren also made a strong case for us not sleeping on them, and showed they want to spend some time with the Leafs this year as well. And both Engvall and Travis Boyd should have us equally excited about the forward depth that the Leafs will certainly have to tap into at some point this season, if not immediately due to the lack of specifics around Kerfoot’s injury.
Dissecting what was essentially a very polished scrimmage won’t be easy, but to the Leafs credit they certainly played like it meant something to them. Marner showed that he has been working on his game in the offseason, and is coming in hot with new weapons in his arsenal, and Tavares scoring early seemed to signify that he wants to rebound from last season as well. Either of those players were bad, but they have shown they want to be better. Strong efforts from Nylander and Matthews were also evident, and the big four going strong on game one will be a sight to see.
Advertisement
Ad
Advertisement
Ad
It’s easy to push nothing but optimism after a game only featuring the Leafs, but I think questions about how tight the defense will be still remains unanswered, and in reality there wasn’t much of a chance we were going to see defense on display tonight. Freddie Andersen also, for similar reasons, didn’t exactly put Leafs fans at ease that he’s back to his best hockey, but there is some comfort in knowing that both Jack Campbell and Aaron Dell look to be capable if Freddie isn’t bringing his “A” game.

Sheldon Keefe on tonight's game: "This is the culmination of the camp. It'll end here today. We'll come back, and we've got two practice days before we prepare to play Montreal."

With training camp essentially closed out, Sunday will potentially be a busy waivers day. Some players like Martin Marincin, Adam Brooks, and Kenny Agostino will certainly be waived in the near future, but more difficult decisions will be made for players like Travis Boyd, Aaron Dell, or possibly a surprise candidate. Given the strong night by Dell, and the recent decisions by Corey Crawford and Henrik Lundqvist to not play this season, Dell is a goaltender that might be difficult to sneak through waivers and there might be a benefit in keeping him on the roster if they can.
Advertisement
Ad
Advertisement
Ad
With no hockey for the next three nights, we’ll have nothing to do but obsess over the final roster, but there is certainly a reason to be excited about Wednesday night. After the long break we’re bound to see some sloppy hockey to start the season, and skill will rule over systems in the early days. The high skill offense of the Leafs will probably make for a good start to January, and beating the Habs to start the year will get 2021 back on track.