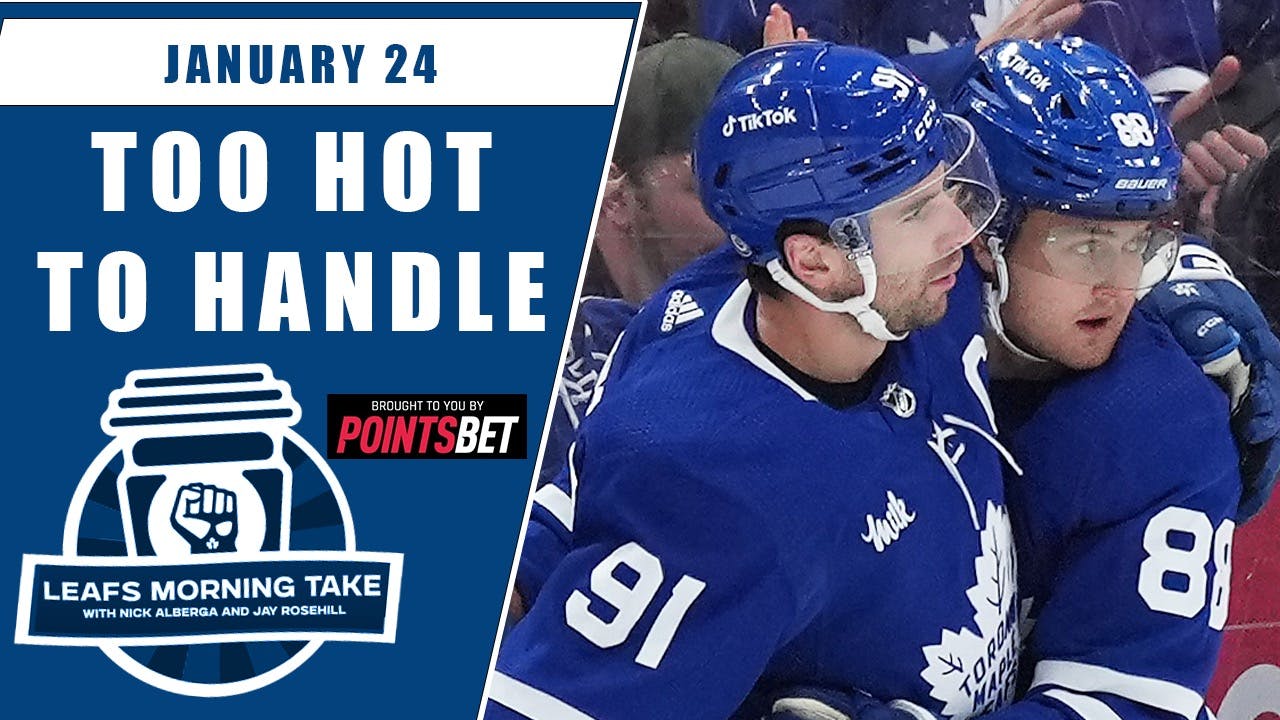 By Nick Alberga
7 days ago
Comments
Back on track.
John Tavares had one and one while Willy Nylander notched four points (two goals, two assists) as the Leafs kicked off their five game homestand with an impressive 5-2 victory over the New York Islanders.
The big story from the game was Sheldon Keefe reuniting the Tavares/Nylander and Matthews/Marner combos. Furthermore, it must be an amazing feeling for Sheldon Keefe to have two lethal duos in his back pocket at his disposal whenever the well runs dry. And that was not the first time his line juggling ignited the offence this season.
Speaking of reunions, after a weekend trip to Vegas, Jay Rosehill was back in the mix today for the Tuesday edition of Leafs Morning Take. After getting back up to speed – including a brief breakdown of Saturday night’s loss in Montreal – we recapped another impressive victory for the Maple Leafs.
Advertisement
Ad
Advertisement
Ad

"I can't say enough about Nylander & Tavares this year, it just seems like they're like brothers out there."

Before a well-deserved nine-day break (All-Star + Bye Week), Toronto has four games left —all at home.
As per usual, we wrapped with the PointsBet Canada bet of the day. We’re looking for Vancouver to make some noise in their first game under Rick Tocchet.

Join us at 11 AM ET on Wednesday as we preview Leafs and Rangers from Scotiabank Arena.
Don’t forget to subscribe, like, and leave us a review wherever you’re checking us out.