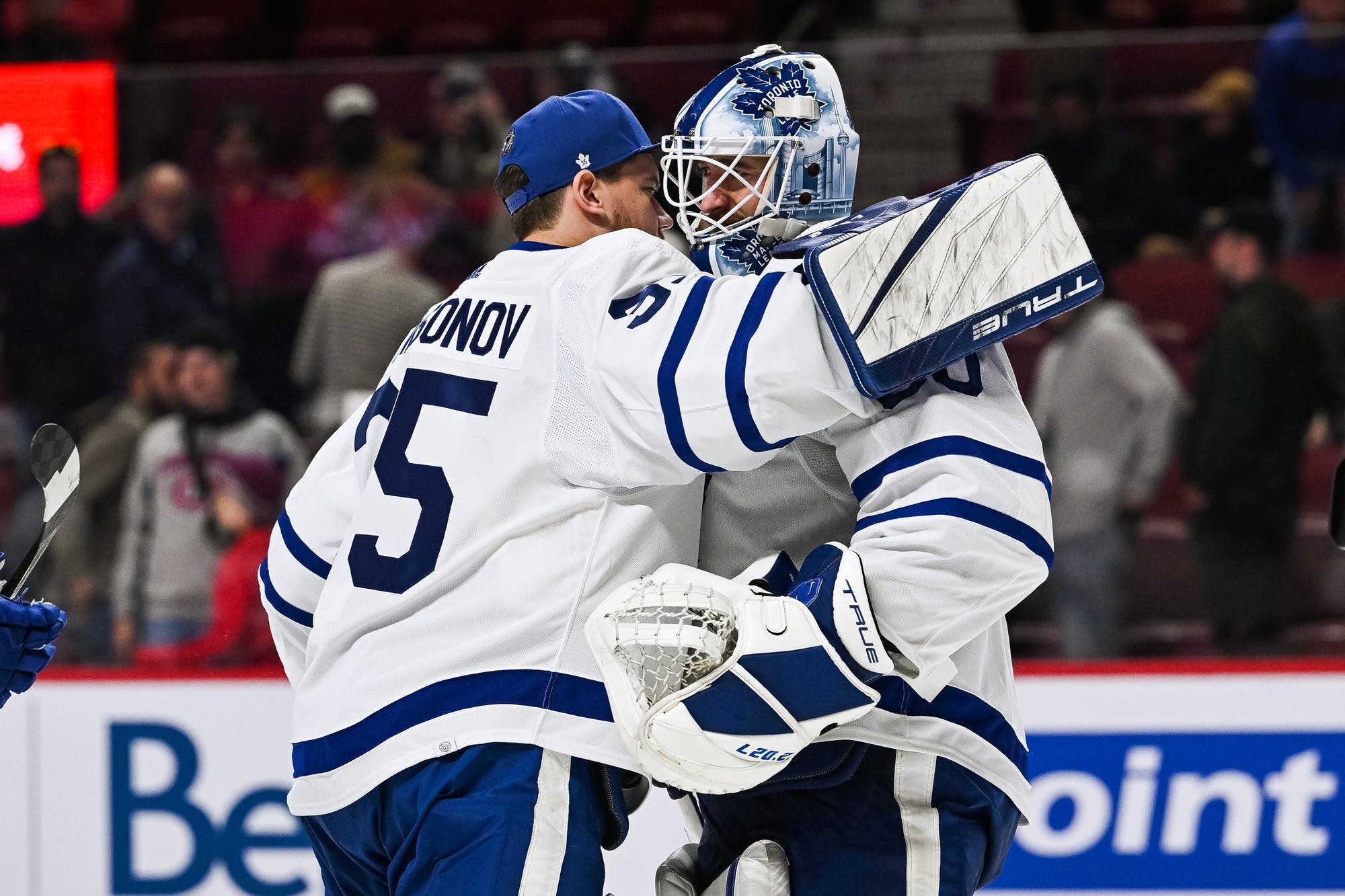 Photo credit: David Kirouac-USA TODAY Sports
By Jon Steitzer
2 months ago
Comments
The health update on the Leafs goaltenders was probably about as anticipated as the Leafs game today, and Sheldon Keefe shared his update on the health of both Samsonov and Murray today.
First up Samsonov:

Expected to miss more than a week, but exact timeline still TBD @TSN_Edge

More than a week is a starting point and it’s a week that includes four games. That is already less than ideal. Kallgren was always going to be starting today, and was going to take half of the back-to-back games next weekend, so Samsonov not being available this week is really Ilya missing two scheduled starts. That said, it could very well go on beyond the required absence time that accompanies being put on the injured reserve. There won’t be any further back-to-backs until November 25th, so in theory, Kallgren can be a workhorse for now.
As for Murray:

Expected to be at practice Tuesday@TSN_Edge

Advertisement
Ad
Advertisement
Ad
A return to practice for Matt Murray is promising and we’ll see if he’s able to get into the butterfly position the next time he works out. His LTIR time requirements can get him back into the lineup whenever he is ready, but rushing Murray back early doesn’t have a ton of appeal as he’s been fragile at the best of times. If he can be back in time for the weekend that would be ideal, assuming he’s ready, but up until the time the Leafs needed him to be ready most of the timelines for him were that he was going to take a lot longer. To some degree I suspect when Murray is healthy enough to come off the LTIR is directly tied to when the Leafs need him to be healthy enough.
The LTIR cap relief situation is mitigated by the fact that Jake Muzzin is now on the LTIR and with Murray returning the Leafs would still be able to maintain their 23 player roster and have approximately $500k of cap space.
Advertisement
Ad
Advertisement
Ad
Finally when it comes to Petruzzelli:

"Certainly, his signing is probably expedited given our situation, but he’s a guy that our organization has believed in and, frankly, the way it was going his signing was somewhat inevitable."

The Leafs signing Petruzzelli was definitely something that was going to happen, and I wouldn’t rule out Dryden McKay getting a Leafs contract as well if his time goes well with the Marlies/Growlers this season too. The Leafs need goaltenders that can hopefully reach the NHL on merit, not injury relief. This isn’t ideal to be throwing a goaltender who is only a short period removed from the ECHL into the NHL, but that is life and if things go well for Murray and Samsonov there won’t be an extended need to keep him around.
The Leafs haven’t been alone in their panicked need to sign a goaltender. Seattle has signed Chris Gibson, the Stars signed Matt Murray 2.0, and Chicago signed Dylan Wells. It’s been a rough start to the year for the position and perhaps because of that having Erik Kallgren and his 88% save percentage in net won’t be the burden it appears to be.
Advertisement
Ad
Advertisement
Ad