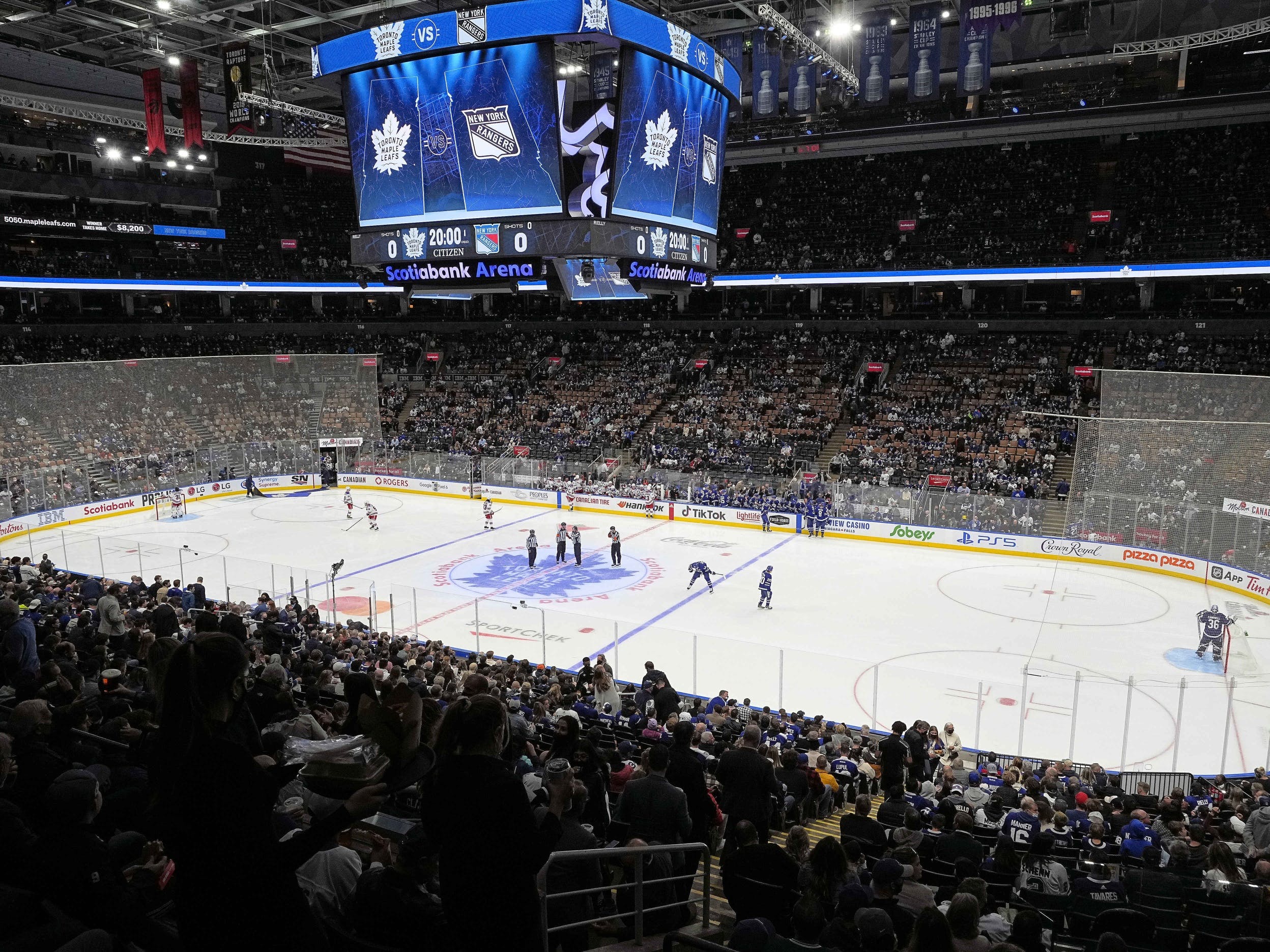 Photo credit: © John E. Sokolowski-USA TODAY Sports
By Jon Steitzer
1 year ago
Comments
The Leafs resumed practice for the first time since shutting down before Christmas and could presumably play in their first game since December 14th on December 29th. There were 11 forwards, 5 defensemen present and the under contract goaltenders there were Joseph Woll and Ian Scott. This makes talking about a restart and expanded rosters seem a little silly when the Leafs needed to call up Filip Kral just to get to 5.
Nevertheless, expanded roster rules are now in place and as the Leafs begin testing negative again, the roster flexibility will be a positive thing. Here’s a breakdown of what was agreed to:

You can find more detail on PuckPedia.
As for what this means for the Leafs and the rest of the league is that there isn’t a reason to play short anymore, and there is waiver protection at least until the All-Star break.
The rules are a little hard to game, but potentially having players like Kyle Clifford, Joey Anderson, Alex Biega, Carl Dahlstrom, Brennan Menell, and Teemu Kivihalme available as a risk free taxi squad is nice. Presumably the Leafs won’t tap into all of them as the Marlies are equally ravaged, but it’s likely we’ll see a few and additionally some recalls from the Growlers to the Marlies.
Advertisement
Ad
Advertisement
Ad
It’s also possible the Leafs decide to just have Michael Hutchinson stick on the taxi squad for a stretch too in order to have some insurance that they have a reserve goaltender ready on road trips. All of this of course being dependent on who is actually healthy at any given moment, and today certainly didn’t inspire a feeling of health.
The game schedule remains on pause until at least Tuesday with the Leafs scheduled to be back in action on Wednesday night. Assuming that the Leafs are close to icing what would be an acceptable early preseason lineup it’s possible the NHL will have them play now that these measures are in place and out of the desire of not having to go beyond rescheduling the five games already postponed for the Leafs. Even with the Olympics out of the picture that’s a lot of hockey to fit in to already booked arenas.
Advertisement
Ad
Advertisement
Ad
Here’s a quick look at who was on the ice for the Leafs today, and we can only hope that some defensemen and goaltenders will be testing negative soon enough. I’m not sure anyone wants to start the New Year with Justin Holl as a top pairing defenseman.