Advertisement
Ad
Timothy Liljegren is going to be fine, just give him some time 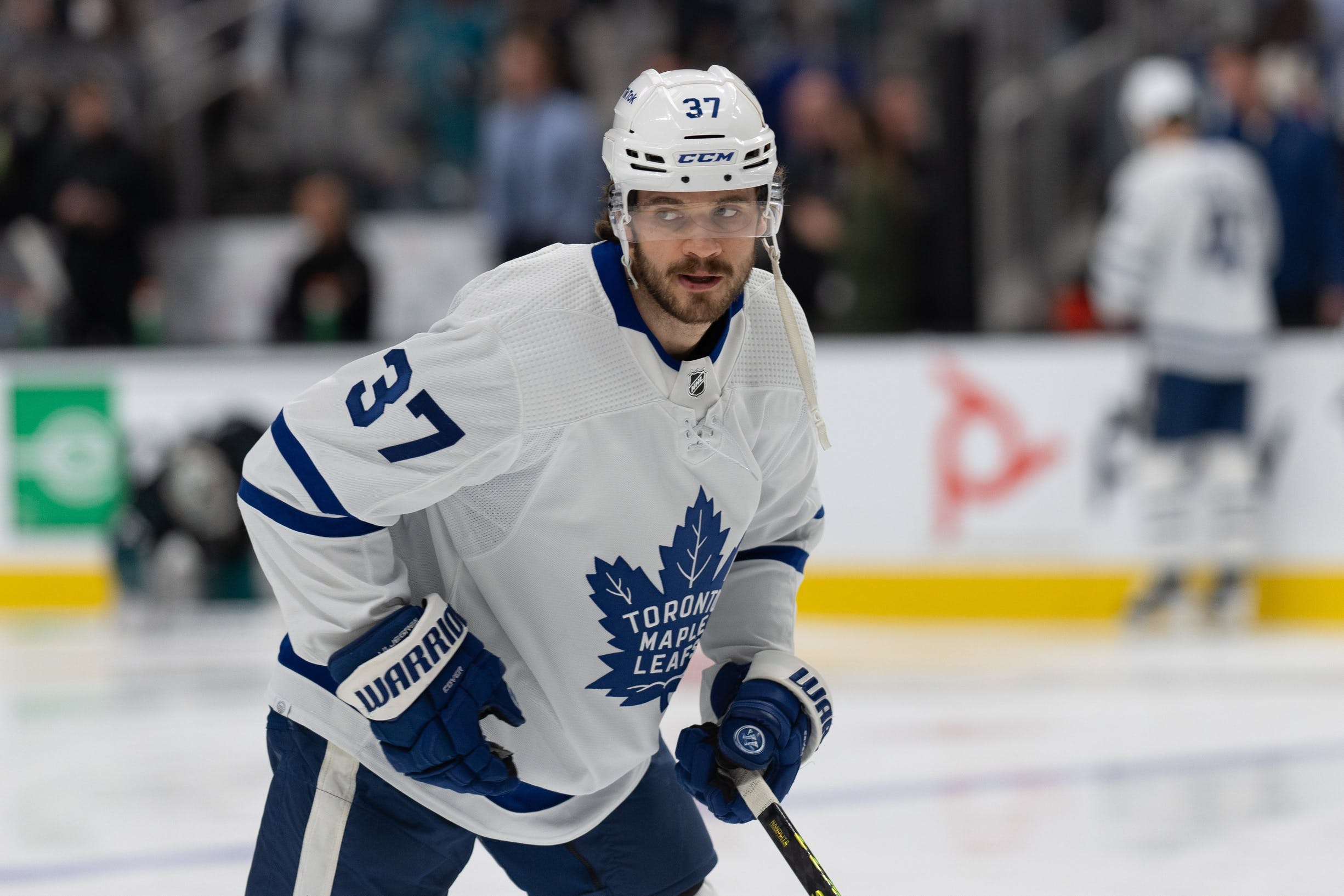 Photo credit: © Stan Szeto-USA TODAY Sports
By Michael Mazzei
1 year ago
Comments
There has been quite a lot of talk in the past few weeks about the Leafs needing to make an upgrade with their defensive unit. The cries for an upgrade grew louder when the Leafs went through a six-game stretch where they blew 3-1 leads on four separate occasions.
Regardless of what was the root cause of the unfortunate set of matches to begin 2022, what remains are remenants of old habits rearing their ugly head and fears creeping up in the minds of the fanbase that the same mistakes of years past will once again occur come playoff time. This has led fans to resort to placing the blame for this string of lacklustre play on one or two players.
One player that has been at the ire of fans lately has been @Timothy Liljegren, who got his first taste of top-four minutes and looked inexperienced in his new role. While there are legitimate reasons to be critical of his play over the past few weeks, one thing that gets overlooked is that he has only played 36 career NHL games to date. Some growing pains were to be expected when he was thrust into uncharted territory because of @Jake Muzzin and @Justin Holl missing time due to injuries.
Advertisement
Ad
Advertisement
Ad
It certainly hasn’t been a seamless transition to start his tenure on the second pair, but the numbers seem to indicate that not only was Liljegren ready for this new opportunity, but he will also thrive once he gets more comfortable.
This season, he has appeared in 23 games (equating to roughly 64% of his career totals) and has registered a goal and four assists for five points in that span. In terms of underlying metrics at 5v5, he has a 54.38 CF%, a 53.66 FF%, a 58.21 xGF%, a 57.06 SCF%, and a 56.67 HDCF% up to this point. Meaning that the Leafs have maintained possession for longer, generated quality scoring chances, and have a higher chance of scoring whenever Liljegren is on the ice. He has, however, been snakebitten by poor luck and rookie mistakes that have resulted in his PDO sitting at 0.989.
Advertisement
Ad
Advertisement
Ad

When observing Liljegren’s play over the past week, it is clear that while there are aspects of his game that make him capable of handling top-four minutes, he remains a work in progress.
During last week’s game vs. the Blues, a few of the goals against him stemmed from poor-reaction timing, missed assignments, and getting outclassed by @Jordan Kyrou. He balanced it out with some smart offensive plays, effectively moving the puck up the ice in transition, and scoring his first NHL goal. This past Wednesday’s game against the Rangers was a rough one for Liljegren. It started when he wasn’t able to clear the puck and struggled to reposition himself which resulted in an @Adam Fox goal. Then he got outmuscled by @Chris Kreider off a faceoff and allowed him to slip by which resulted in a backbreaking goal. Although he was involved in the Leafs’ first and third goal that night, it was not his finest hour overall.
Advertisement
Ad
Advertisement
Ad

This past Saturday’s game was a step in the right direction for Liljegren as he started to grow more confident in his game and his decision-making improved. Sure, he got out-worked by @Zach Parise on the Islanders’ lone goal of the night, but he was making shorter passes that got up the ice far quicker, including this one sequence where he absorbed the contact to start the breakout. It was a solid improvement for Liljegren and enough to earn him and @Rasmus Sandin high praise from Sheldon Keefe following the game, highlighting that the two players showed poise and toughness when the Islanders upped the physicality.
All of which is to say that while there were going to be bumps on the road in terms of Liljegren’s development, he has demonstrated that he will improve against stronger competition should he continue to get more opportunities in the top four. This will result in him growing self-assured in his game, not being much of a liability in his zone, and improving the Leafs’ defensive depth further.
Advertisement
Ad
Advertisement
Ad
When Liljegren was promoted to the second pairing after Muzzin and Holl went down with injuries, it was a chance to showcase what he could do against tougher competition that Keefe recognized as an opportunity for growth regardless of the outcome. It has not been a smooth sailing transition by any stretch (it is not often a young defenceman can hit the ground running), but he is slowly improving his overall game through this trial run on the second pair.

Timothy Liljegren hasn't looked great in his last 4 periods, but believe me when I tell you he's going to play for the Leafs in the playoffs and perform much better than this.

Once he gets settled in he's going to dial up the physicality, and prove a lot of people wrong.

Over these past few weeks, Liljegren had rough defensive sequences that showcased his lack of experience as an NHLer balanced out by glimpses of the potential he showed back when was taken 17th overall in the 2017 draft. What must not be forgotten as he continues to find his footing at the NHL level is that he is only 22-years-old and has just 36 career games to his name.
Advertisement
Ad
Advertisement
Ad
Once Muzzin and Holl return, Liljegren will almost certainly return to his normal role on the third pair and likely be a healthy scratch on occasion. But he will do so being a better player overall and one that can help solidify the defensive depth, while also showing that he isn’t far away from gaining a permanent promotion back to the top-four.
Liljegren is going to be fine, just give him some time.
All stats unless otherwise noted are from Hockey-Reference.com and Natural Stat Trick.
The chart used is from Evolving Hockey.
Related: