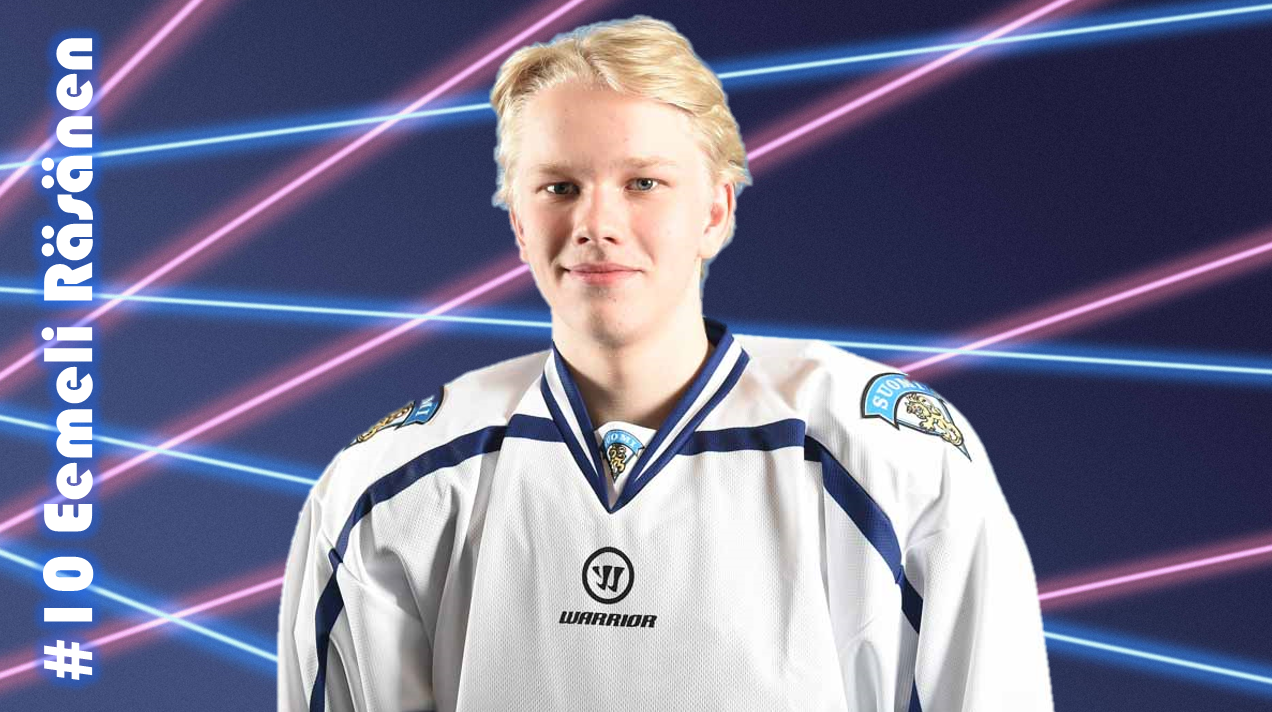 By Shawn Reis
5 years ago
Comments
There were mixed feelings from people when the Leafs took Eemeli Rasanen 59th overall in this year’s draft. Some felt he was a good player with a good chance of reaching his upside. Others felt it was too conventional to use a second-round pick on a 6”7’ defender. This article will provide a more in-depth overview of Rasanen’s game, which should help you come to your own conclusions about the player that we have ranked 10th in our summer 2017 prospect rankings.

Rasanen hails from Finland, where he climbed up the ranks from Jr. C to Jr. A between 2013 and 2016, before being selected by the OHL’s Kingston Frontenacs in the Import Draft one year ago.
Rasanen had a good debut season for Kingston, notching 39 points in 66 games. This is especially impressive considering Rasanen is 6”7’ and has two more years of junior eligibility before becoming an overager, meaning his combination of production, size, and age offers optimism about his future.
Rasanen has also played on the international stage for Finland at the under-16s, under-17s, and under-18s. Rasanen also played for Finland in this year’s under-20 summer showcase, and he has a strong chance of representing Finland at the World Juniors this winter.
Advertisement
Ad
Advertisement
Ad

Here’s a full statistical breakdown of Rasanen’s career so far, via Elite Prospects:

But perhaps the most exciting statistic when it comes to Rasanen comes from Canucks Army’s Jeremy Davis, who notes that Rasanen has a 66.1 pGPS%, measuring his likelihood of reaching 100 NHL games played. In other words, using historical comparables with similarity in production, size, age, and league, Rasanen is statistically considered to have a 2/3 chance of becoming an NHL regular.
However, one of the key detractors to Rasanen is that 26 of those points came on the power play, suggesting that maybe he’s just the product of a good system. Take with that what you will.

A big, mobile defenseman with long strides that while look awkward, they are effective…makes quick decisions with the puck…on reception, he never hesitates, instead immediately turns to transition up ice and avoid staying stationary…protects it well, very calm under duress, no stress…hard, accurate outlets…finds seam very quickly utilizing his smart, strong on-ice vision…massive guy who brings physicality and nastiness to the back end…unfortunately the trade off to his physical advantage is a little bit of a slower step which leaves him vulnerable if plays are out of his lengthy reach…imposing presence to battle with in front of his own crease…while he doesn’t use his huge frame to be punishing with a nasty edge like he could, he is still a physical presence, stepping up to lay clean hits or rubbing carriers out along the boards…does an excellent job controlling gaps, makes stick-on-puck plays off the rush…is a gifted, towering defenseman who can contribute offensively in a way most 6’6 defenders can’t…has some immense upside as a pro two-way defender.

In other words, he’s somewhere between a Hall Gill and a Zdeno Chara. For what it’s worth, he compared himself to a certain notorious Buffalo d-man on draft day.
Advertisement
Ad
Advertisement
Ad

Rasanen compares himself to Ristolainen. Says he still needs to work on his skating. Another right shot D for the prospect pipeline. pic.twitter.com/1MUfCp3UJ9

As Seen On TV

Rasanen will be returning to the Kingston Frontenacs next season, where he’ll look to improve upon his performance from last year both offensively and defensively. Provided he plays at least as well as he did last year, he should shoulder a major load on the Kingston blueline.
Rasanen will also have a strong opportunity to represent Finland at the World Juniors in Buffalo this December and January, and could step into a key role depending on how well he impresses Finland’s international brass.

We still have limited info on Rasanen as he’s been only in the organization for not even a full summer. It’s hard to get a full gauge on a player when they’ve yet to sniff the pro ranks and see how they handle the jump to a tougher quality of competition.
Advertisement
Ad
Advertisement
Ad
That being said, he does appear to have the physical and mental tools to succeed. He’s still not completely polished or “NHL-ready”, but he should get plenty of looks to make his impact in the Leafs organization over the next few seasons.