Advertisement
Ad
Which Leafs are going to break out in 2022? 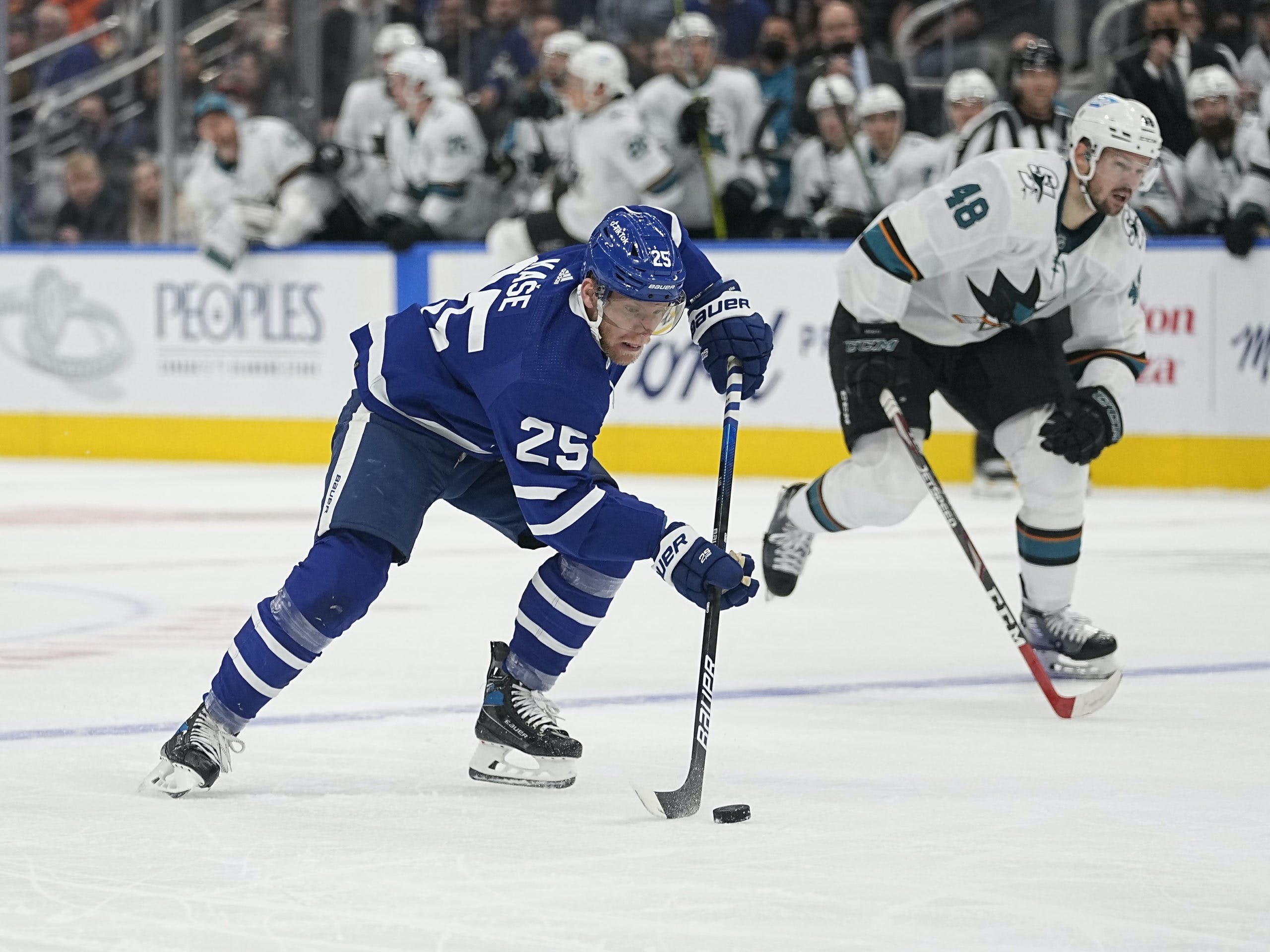 Photo credit: John E. Sokolowski-USA TODAY Sports
By Jon Steitzer
1 year ago
Comments
Yesterday we ran some of our 2022 predictions. Predictably the predictions focused on whether or not the Leafs could make it out of the first round of the playoffs. I left the question too open, that’s on me.
Today we’ll get more specific with our predictions and we’ll talk about which Leaf is primed for a breakout year in 2022.

Ilya Mikheyev. I think with him coming back from injury and the Leafs with a lot of good players challenging for spots, he’s going to come in with a chip on his shoulder. I truly believe (and hope) it’s Mikheyev.

He has proven to be a valuable member of the team since day one but we have really seen Ondrej Kase start to step up as of late. He has been a key member on the Leafs’ shutdown line while playing a key role on the penalty kill but has managed one of the highest shots on goal totals on the team despite limited time on the powerplay or in the top-six to this point. There is clearly more offense in his game than the point totals would suggest so far and I expect a big second half for Kase, especially if he is able to maintain a role on one of the powerplay units when the team is back to full health.
Advertisement
Ad
Advertisement
Ad

Travis Dermott. Unless the Leafs make a trade, I think we’ll see a rotation in that right D spot next to Muzzin, and my stubbornness has me thinking this will finally be Dermott’s time to shine. If not, we probably can’t expect much more beyond a bottom pair defenseman, but I think this could be his big break, and chance to break out.

Ondrej Kase (aka Czech Grabo) has been moved up and down the lineup and has performed admirably in all roles given to him. The analytics darling creates scoring chances at a high rate and is now getting top line and PP1 minutes in Marnerâ€™s absence. It feels like he has another gear: perhaps a 50-point season by the time all is said and done.

Advertisement
Ad
Advertisement
Ad
I want to believe in Nick Ritchie, and think we’ve already seen signs of him figuring it out playing with Spezza prior to Spezza’s suspension. The fact that Ritchie’s first goal came after Jason’s unpaid leave also should be encouraging for those of us who wouldn’t mind seeing him tried up higher in the lineup again in the future.
For a team like the Leafs that hasn’t really had much in the way of power forwards in recent years, it’s not surprising that Ritchie’s struggles weren’t all that different than what David Clarkson went through here at first. Ritchie thankfully figured it out sooner and thankfully doesn’t have an albatross contract, even if $2.5M is a little much for a fourth line wing.
Who is your pick for starting off the calendar year strong and receiving the best results in 2022? Tell us in the comments.