Atlantic Division Power Rankings: Where do the Leafs stack up? 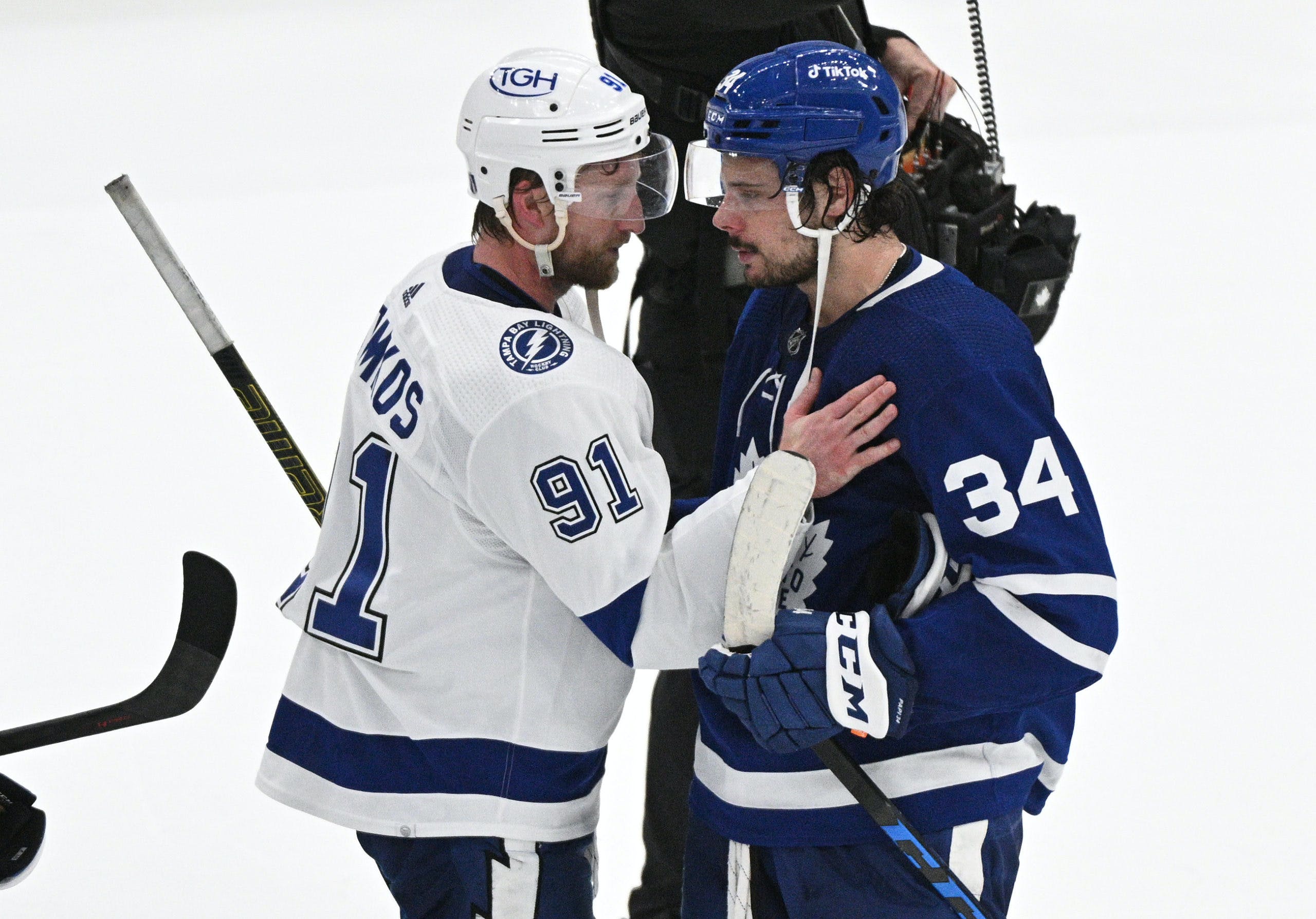 By Jaden Ho
4 months ago
We’re just about a month away from the beginning of another do-or-die year for the Toronto Maple Leafs, and their competition is as strong as ever. The Atlantic division has been one of the best in the league for several years now, delivering a Stanley Cup finalist in each of the past four seasons, and it doesn’t seem to be slowing down quite yet.
So where do all of the teams line up in the stacked Atlantic? Will teams like the Tampa Bay Lightning or Boston Bruins take a step back, leaving room for the Leafs to achieve that division title that has eluded them in recent years? Will teams like the Buffalo Sabres or Ottawa Senators make enough of a step forward to earn a playoff spot? Check out our Atlantic Division Power Rankings Below.

If there’s one thing we’ve learned from the NHL over the past three years, it’s to never count out the Tampa Bay Lightning, and for now, that hasn’t changed. Tampa didn’t add any major pieces this offseason, but they did some tidy work re-upping @Anthony Cirelli, @Mikhail Sergachev, and @Erik Cernak to 8 year deals. With the core of @Steven Stamkos, @Nikita Kucherov, @Brayden Point, and @Andrei Vasilevsky all still in place, there’s no reason to think the Lightning can’t win their third Stanley Cup in the last four years.

First round exits notwithstanding, this is a seriously talented Leafs team, with a core that helped break the franchise record for points in a season last year. There are no question marks offensively, where @Auston Matthews seems a sure bet for at least 50 goals, and @Mitchell Marner will look for his first 100 point season. On the back end, expect a step forward from @Timothy Liljegren and @Rasmus Sandin (If he signs). The biggest question mark on this Leafs roster is between the pipes, where they will turn to @Matt Murray and @Ilya Samsonov as the last line of defence. Murray has cup winning pedigree, but in three seasons with Ottawa, he has failed to put together a season with both a save percentage above .900 and a goals against average below 3.00. Samsonov also has some pedigree, as he was a first round pick back in 2015, but in 3 seasons with Washington, he never managed to grab a hold of that starting spot. Both goaltenders should get a chance to do just that in an open competition for the Leafs starter slot.

The Panthers swung what was arguably the biggest deal of the offseason in late July, acquiring star winger @Matthew Tkachuk from the Calgary Flames in exchange for @Jonathan Huberdeau and @MacKenzie Weegar. But did the team really improve by making that deal? Tkachuk adds an element that any team would love to have, with his nose for the net and willingness to play in the dirty areas combined with terrific skill and offensive talent, but the price was steep. Huberdeau is coming off of a record breaking season, and Weegar was a big part of the blueline last season. Tkachuk can likely replace the points that Huberdeau produced, but Florida might not have the talent on the back end to replace what Weegar did for them last season. They’re a prime candidate for a regression after a Presidents Trophy winning season last year.

The Bruins have been a team that has seemed due for a regression for years now, with the core that brought Boston a cup in 2011 getting up there in age. Despite being one of the older teams in the league, the Bruins put all their chips in on this season, bringing back @Patrice Bergeron and @David Krejci on one year deals. With @David Pastrnak also on the last year of his deal, this is sure to be a motivated Bruins team looking for one last shot at bring the cup back to Boston.

After a few years of mediocrity, the Senators made some big moves this offseason, with the goal of pushing for a playoff spot this year. They traded for @Alex Debrincat, and signed @Claude Giroux to a 3 year deal. The question is if those big moves are going to be enough to carry Ottawa to a playoff spot in a really tough Atlantic division. Ottawa finished the 2021-22 season with 73 points. The cutoff for the playoffs in the eastern conference was 100 points. Will the new additions, as well as steps forward from players like @Tim Stutzle, amount to a 27 point swing? The Senators will be strong up front, but there are question marks on their back end. Thomas Chabot remains a stud, but he’s the only Senators blueliner who really seems like a surefire top pairing defender. The Senators will need their goalie tandem of Anton Forsberg and Cam Talbot to be strong if they want to make waves in a crowded Atlantic

Detroit has a young team that seems poised to take another step, but there just doesn’t seem to be room for them to make the playoffs in the crowded Atlantic, but they should be a force within a couple of years. The Red Wings have some really promising young stars who are starting to develop, including last seasons rookie of the year @Moritz Seider, and fellow rookie sensation @Lucas Raymond. The Wings added in all three positions this offseason, bringing in @David Perron as a veteran presence up front, @Ben Chiarot as a big body on the blueline, and @Ville Husso to tend the goal. Keep an eye on Detroit as a potential sleeper team in this division.

Buffalo is another young team that’s looking to take a step forward this year, to try and end the playoff drought that reached 11 years this spring. The Sabres have built a solid prospect group, and are hoping that some of those prospects can start to make an impact at the NHL level this season. If players like @Owen Power or @Jack Quinn take a step forward ahead of schedule, along with continued development from young NHLers like @Rasmus Dahlin and @Peyton Krebs, the Sabres could start to show up in the rearview mirrors of the top Atlantic teams this season.

Just one season removed from a trip to the Stanley Cup Finals, the Canadiens fall from grace has been swift. A last place finish last season led to selecting @Juraj Slafkovsky first overall, and Habs fans are hoping for more of the same next June, when @Connor Bedard is expected to go first overall. Montreal had a busy offseason, moving out @Alexander Romanov, @Jeff Petry, and @Shea Weber’s contract, while adding @Kirby Dach, @Evgenii Dadonov, and @Sean Monahan. They still have young talents like @Cole Caufield and newly named captain @Nick Suzuki, so they have potential to surprise people, but with the incentive of a future superstar in  Bedard, the Canadiens certainly won’t mind another year near the bottom of the standings.
So there you have it, the Atlantic Division preseason power rankings! Who’s too high? Too low? What teams are going to surprise us this season? Can the Leafs finally win the division this year? Let us know what you think in the comments below!
More From TheLeafsNation.com