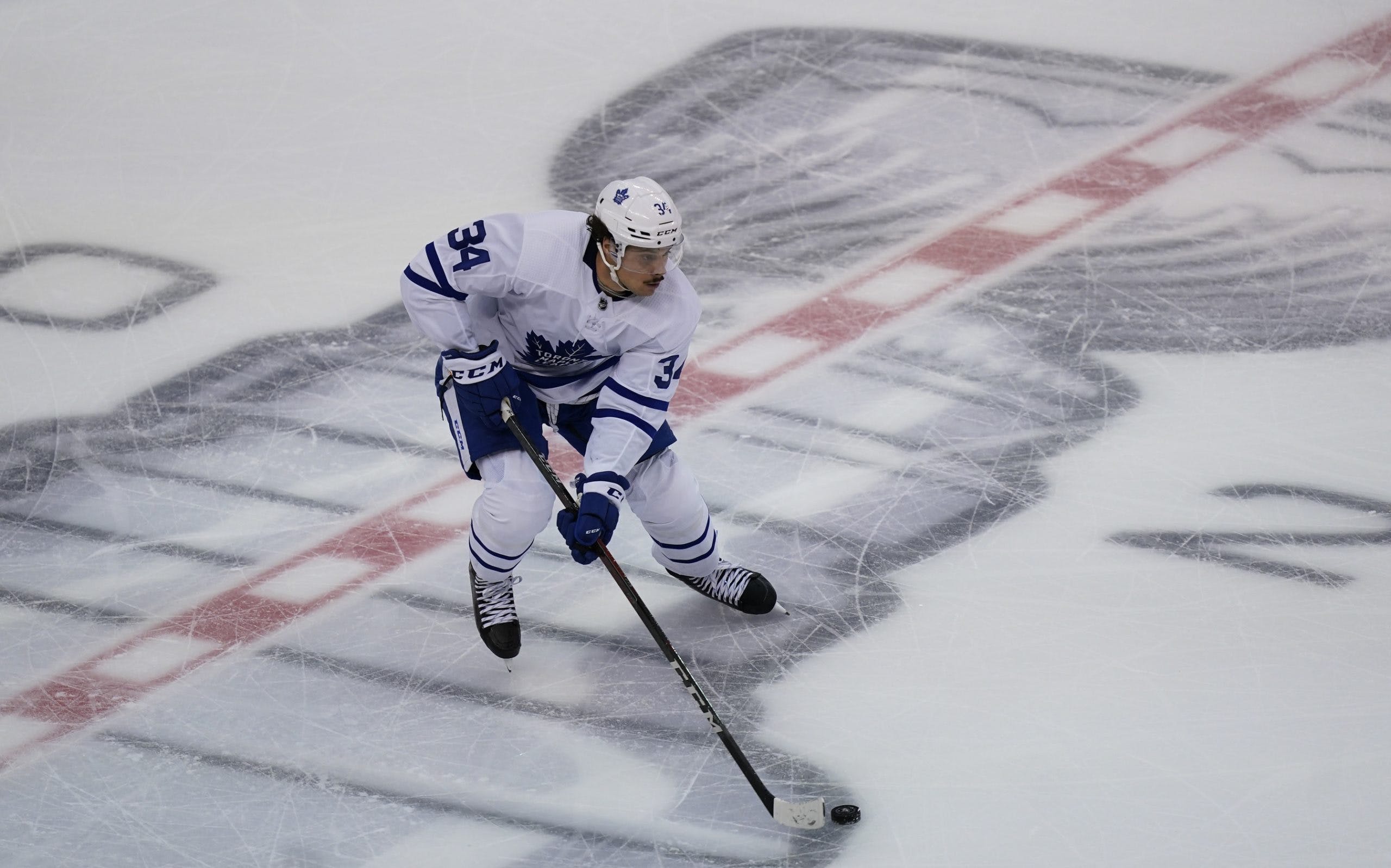 By Jon Steitzer
2 years ago
Today is a big day for fans of the power kill. Auston Matthews will now be out on the ice when the Leafs are short handed.
The Leafs are thankfully breaking away from the league standard model of putting four depth players on the ice and hoping that they can ice the puck for 2 minutes, and instead embracing some factors that seem beyond obvious in player usage.
The most obvious problem with how the penalty is managed is that in addition to being down a player, teams have the tendency to take their best players off the ice for two minutes. It’s never really made sense. Granted if Matthews needs to rest, why not rest him up, but it’s a pretty safe bet that the opposition last season would have been a lot more worried about Auston Matthews being on the ice than Freddie Gauthier.
The next point is to consider what skill players bring to the penalty kill. Auston Matthews is excellent at reading the play and is far more likely to intercept a cross ice pass than Travis Boyd. He can do more with the puck than Travis Boyd, and he’s certainly going to keep defensemen more honest. With the NHL almost exclusively shifting towards four forwards and one defenseman as the power play model, there is a very good chance that Auston Matthews on the ice forces a more conservative approach to how teams play the blueline on the power play.
The Leafs have been success with utilizing players like Kasperi Kapanen and Mitch Marner on the power play in the past. Zach Hyman has been an excellent bridge between defensive responsibility and offensive talent to become a top penalty killer in the league, and the Leafs seem invested in building out Ilya Mikheyev in that capacity as well.
I often point back to what Matt Cane wrote in 2016 on the topic of PK aggressiveness when trying to illustrate the virtues of using players like Matthews in this role…

PK aggressiveness shows a strong positive relationship with both shot generation and goal scoring on the penalty kill. On the other hand, the relationship with goals allowed is basically non-existent, while the correlation with CA60 is actually negative (meaning being more aggressive actually results in fewer shots against). Regardless of which metric you look at, the results seem to be pretty clear: playing more aggressively on the penalty kill will generally result in better outcomes for teams.

While trying to instill the values of the power kill, it’s worth noting that the Leafs are perceived as being one of the teams already doing this and last season the Leafs had their worst penalty kill percentage since the Ron Wilson era, though the interesting thing is that because of their increase in short handed goals, their goal differential on the penalty kill ended up making it their four best year of penalty killing over the past decade. The reduction in times short handed certainly helped the Leafs last season as well.
Getting back to Auston Matthews, last season was his career high in time spent on the penalty kill, as he played 2:29 of short handed ice time (that’s 2 and half minutes over the season, not per game.) so he’s very new to this role. In his four full seasons in the NHL he’s played less than eight minutes in this role, and presumably that is an accumulated total of times he was on the ice when seconds were left in the penalty kill and the Leafs wanted to get him on the ice early.
Lack of experience in the role aside, the combination of having Manny Malhotra as a coach and the Leafs fondness for aggressive penalty kills make for a good fit for Auston Matthews in this role. While he might not be a Selke candidate this season, the continued rounding out of Matthews game is also a sign the Leafs want to use their skill players to their full potential.
If anyone would like to learn more about the Power Kill approach, Meghan Hall did an excellent presentation on it at the Columbus Hockey Analytics Conference and the slide deck can be found here.
Related:

My annual plea for a 3 forward/1 defenseman penalty kill