Elite players look to be elite against Dallas: Leafs Tailgate 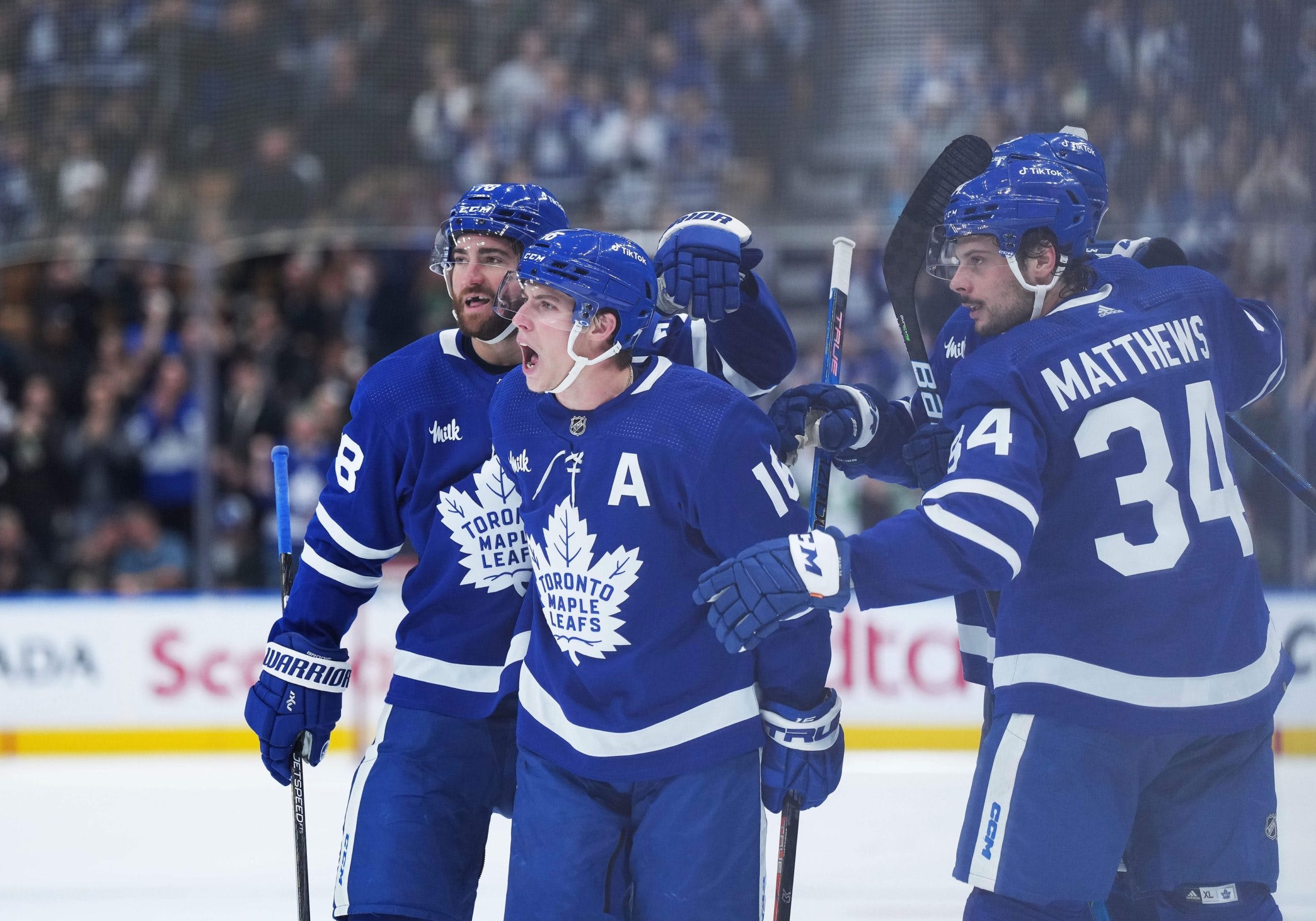 By Nick Alberga
1 month ago
After a two-day hiatus, the Leafs (2-2-0) are back in action tonight to finish up a four-game homestand against the Dallas Stars (3-0-0).
Back on Monday night, Toronto tossed up another stinker losing 4-2 to the lowly Arizona Coyotes. Erik Källgren made 15 stops while William Nylander and Mitch Marner supplied the offence. That uninspiring effort prompted Sheldon Keefe to share his true feelings after the game.
“The difference between us and Arizona is that we have elite players. And our elite players didn’t play like elite players.”
Regardless of how succinct and accurate the quote was, before Wednesday’s practice, Keefe walked back his comments.
“I used some of the wrong words to try to describe that the difference in the game was that we weren’t able to produce,” Keefe said. “By no means was I meaning anything beyond that.”
Meantime, Pete DeBoer, former head coach of the OHL’s Kitchener Rangers and Ontario native, is off to a great start with Dallas. They’ve won three in a row and have surrendered just three goals.
Toronto took both meetings last season.
Time: 7 PM EDT (Sportsnet Ontario)
Starting Goalies:
DAL Scott Wedgewood – CONFIRMED (Season Debut)
@
TOR Ilya Samsonov – CONFIRMED (2-0-0, 2.00, 0.926)
Projected Lineups:

Three Storylines:
How will Toronto’s elite players respond?
Any way you slice it, the best players need to be better. They’ve had their moments early on, but none of them have been able to demonstrate consistency across the board just yet. In theory, Keefe’s comments should motivate the big boys, but only time will tell on that front.
Robertson Family Affair
For the second time in their young careers, Jason (23) and Nick (21) Robertson will square off against each other in the NHL. Both are former second round picks and both have elite shots. In three games this season, the eldest, who’s fresh off signing a big, fat extension, has one goal and five points playing predominantly with Roope Hintz and Joe Pavelski to start the season. In 131 career games, he’s tallied 59 goals and 130 points. Meantime, Nick will make his season debut for the Leafs. He’s expected to skate on the second line with John Tavares and William Nylander. The 21-year-old, who notched eight points for Toronto in the preseason, has one goal and one assist in 16 career regular-season outings.
Putting the POWER back in Power Play
Even though they potted a goal, the Leafs power play looked dreadful on Monday night. Through four games, Toronto is 3-for-14 with the man advantage, and for the most part, they’ve looked out of sync. On the other side of the spectrum, if there’s one negative to pull from Dallas’ three games so far, it’s the fact that they’ve been shorthanded 14 times. If they’re going to lack discipline, it’s incumbent on Toronto to make them pay for it.
Also, not that the second unit gets out there very much, but it sounds like Robertson and Rasmus Sandin will get a look on PP2 tonight.
BETTING:
Courtesy our friends at PointsBet Canada, here’s tonight’s lines & odds:
(As of Noon EDT)

Prop Play:
TOR Auston Matthews Anytime Goal (-120)
Matthews, who pumped in 60 goals in 73 games last season, has just one goal in his first four outings this season. Furthermore, he has eight goals in seven career games against the Stars.
Editorials
News
Recent articles from Nick Alberga