Ilya Samsonov can steal the spotlight against former team 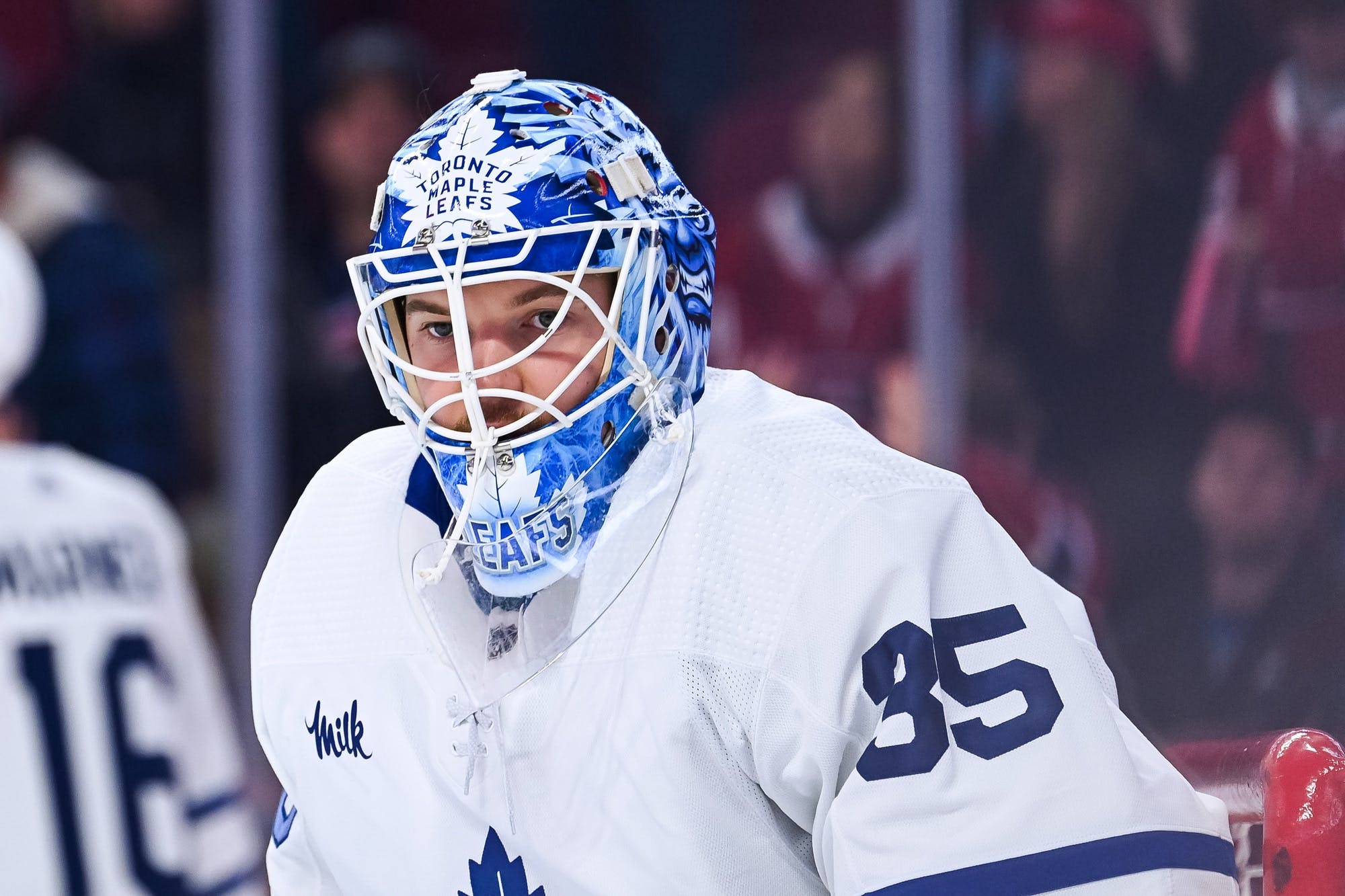 By Steven Ellis
1 month ago
There are few better feelings than proving someone wrong.
And for Ilya Samsonov, he has an opportunity to get back at the team that let him get away for nothing this summer.
Samsonov is set to make his Toronto Maple Leafs debut on Thursday against the Washington Capitals, the only NHL team he has ever suited up for. Samsonov wasn’t given a qualifying offer after a so-so season, with Toronto scooping him up at $1.8 million on the first day of free agency this summer.
So a win tonight during Toronto’s home opener would be quite the “F(rig) you” to the club that let him get away.
Samsonov had a solid pre-season with the Leafs, but Matt Murray was given Game 1 duties against the Montreal Canadiens on Wednesday. Based on salary – Murray makes $4.68 million for the next two years – they’ll likely ride the two-time Stanley Cup champion a bit more early on. But a hot start for Samsonov could force the team’s hand, and that all begins Thursday.
Goalies never talk before a start, so we won’t know what he really thinks about tonight’s start. And it’s not like we’d get anything really interesting, either – like most netminders, he’d probably say he’s treating it just like any other game.
But this isn’t just any other game. It’s his first with a new club – against his old club.
“When you play your old team, it’s a game you get up for; it’s really easy to get up for,” defenseman Mark Giordano said. “For him, I sure getting (his first start) and it being against his old team, that can be pretty cool.”
Giordano said Samsonov’s work ethic stands out, which has been a staple of his game, among other things.
“His calmness (stands out), and he’s such a nice guy,” forward William Nylander said. “He has size too.”
That he does. Samsonov is 6-foot-3 and 205 pounds, around the ideal size for an NHL goaltender. He was highly touted as a teenager, going 22nd overall to the Caps in 2015 after an impressive junior season in Russia. He had a couple of good seasons with Metallurg Magnitogorsk before heading to North America in 2018. However, Samsonov struggled to hold the No. 1 spot, with his first 40-game season coming last year in a rough year for Capitals goaltenders. He shared the crease with Vitek Vanecek, who also departed the team for New Jersey.
So this is an opportunity for Samsonov to take control of his own destiny. Toronto’s goaltending duo was heavily criticized heading into camp, and there’s still a ton of uncertainty at this point. Nobody is going to take full control early, but Samsonov has a chance to earn Sheldon Keefe’s trust and thrust that into a bigger opportunity.
“He’s just got to focus on the things that he has been doing through camp and the pre-season to set him up for success,” Keefe said. “He’s played well, he’s excited to play. He’ll go out and do his thing, and we have to do our part in front of him.”
Because while Samsonov has struggled in the NHL, you can’t ignore the pedigree and praise he had before jumping over. Samsonov has the makings of a great goaltender, style-wise, but consistency was always an issue. Toronto’s blueline is a nice step up from Washington’s, but it’s far from perfect, so he can’t hide behind them. It’s all in Samsonov’s hands right now.
So how about a meeting with some old buddies to get things started?
Editorials
Recent articles from Steven Ellis