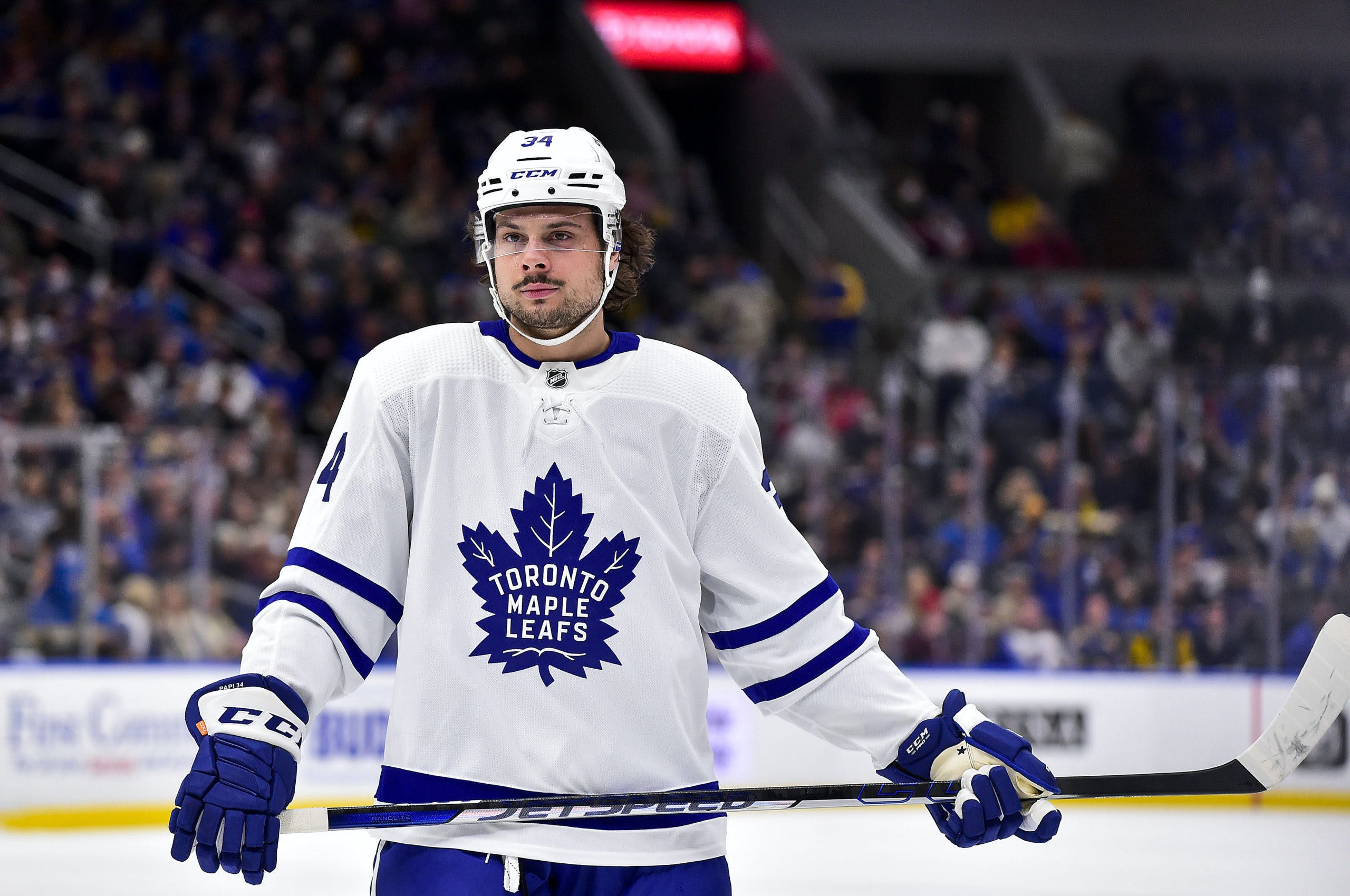 By Nick Barden
2 months ago
The Maple Leafs currently have one of the best home and away jerseys in the NHL. There shouldn’t be a debate about it.
When Toronto changed the look of their sweaters back in 2016, it was met with plenty of love and some disappointment. Being excited about something and getting your hopes up, only to be let down is a natural occurrence in life — it was going to happen to a few people throughout the fanbase.
Over time, though, many who disliked the jerseys have grown to enjoy the new (now older) ones. A lot of the views likely shifted to excitement when Adidas signed on as the official distributor in 2017. They made the jerseys look a lot better.
But now, the time is nigh for Adidas and the NHL — choosing to part ways with each other at the end of the 2022-23 season. It’s clear that whoever is the league’s next jersey distributor will have a tough job ahead of them, having to create better-looking kits than Adidas did.

READ MORE: Why the NHL needs to get their next jersey manufacturer right

Don’t get me wrong, some were hit and miss, especially the Reverse Retros which Adidas will get a chance to redeem themselves with later this year. However, there were some other jerseys were amazing and won’t need to be altered for a long time.
Enter in the Maple Leafs home and away sweaters.

via nhluniforms.com
A good amount of jerseys throughout the NHL that look great, beginning with Arizona’s kachina sweater. It’s safe to say that might be the best jersey in the entire league. But when looking at Toronto’s home and away, I don’t believe there’s an argument for their sweaters being bad.
The leaf on the chest is perfect — not too big or small — the stripes on the jersey, socks, and pants fit very well with the look, and having numbers instead of the logo makes it a very clean jersey.
One of the things that makes these two sweaters so spectacular is the fact that they’re both good. Many teams have a great home sweater, but an away jersey that’s a bit worse. Toronto doesn’t have that — both jerseys are wearable within the arena or outside on the street, if you enjoy walking around in them.
The Maple Leafs even one-upped themselves when they released “The Flipside Jersey”. That might just be within the top-five of the best sweaters in the league right now.

Steering back to their regular jerseys, though, I don’t see them changing any time soon and there are plenty of reasons for that.
First off, like I said, they’re perfect just the way they are. It’s sort of like the saying, “If it ain’t broke, don’t fix it.” I believe there’s going to be a point where it’s time for a revamp — it’s only normal that jerseys get changed every so often.
However, I don’t think it’s any time soon.
The other reason is the history of the franchise. The Maple Leafs are one of the most historic teams in the NHL and they value their jerseys. Creating a sweater that doesn’t go along with its brand or the crest isn’t something Toronto wants to do.
It has to be the perfect fit — for the team and its history.

via MapleLeafs.com
Look at the Toronto Marlies for example; there are plenty of AHL teams who have a number of new jerseys each season for different themed nights. Toronto has only changed their jersey once and it was for their St. Patrick’s Day game.
There’s a lot to be said about the historic value of the logo and their colours. The organization doesn’t want to create a jersey just because they haven’t had a new one in a while. There needs to be a reason behind it, and a good reason at that.
That’s why I don’t believe we see a change in Toronto’s home and away sweaters any time soon. Everything about them is great — the fans love them and I’m sure the players do as well.
Just alone, they’re one of the best jerseys in the league. Why change it?
More From TheLeafsNation.com