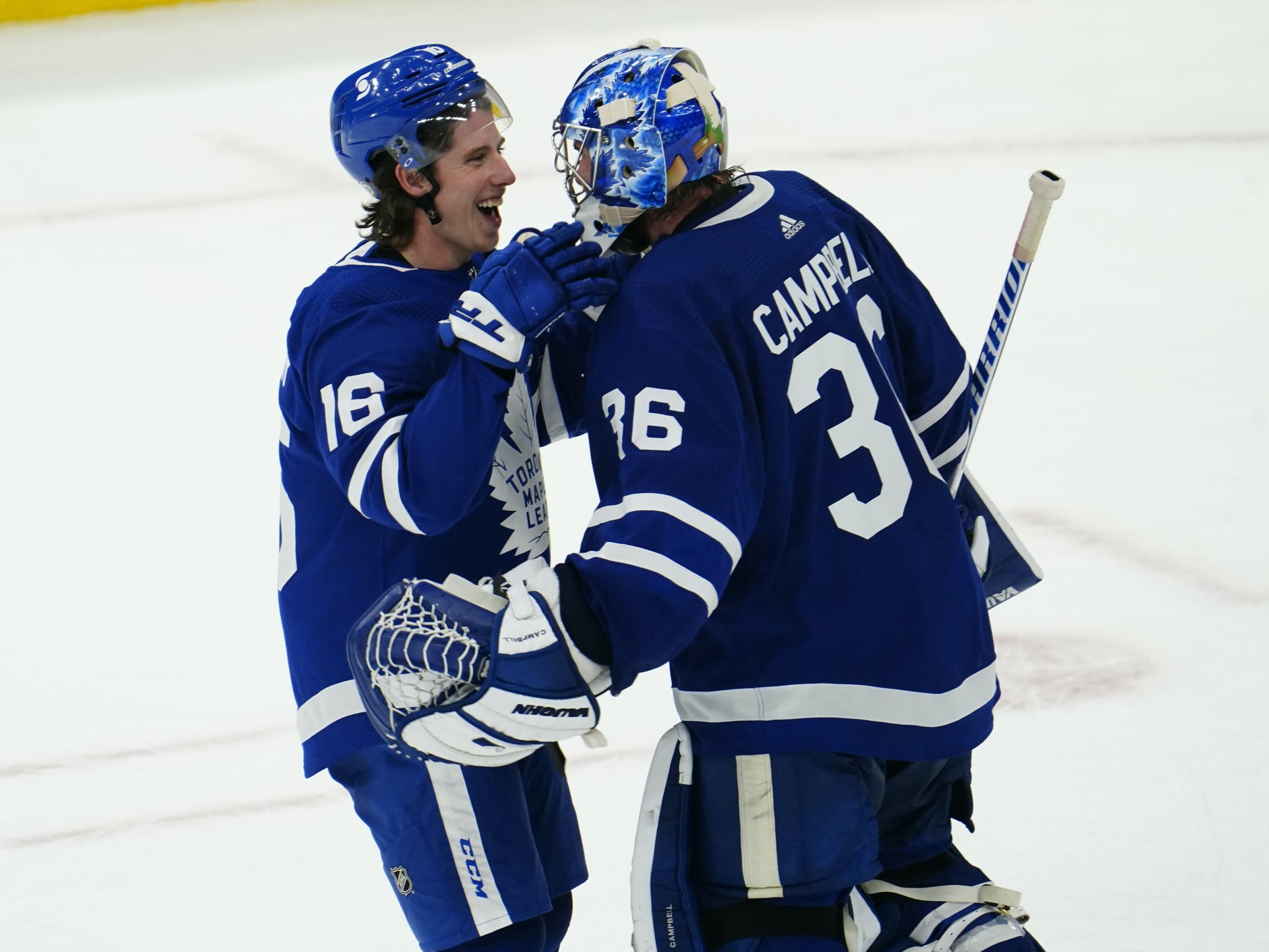 By Jon Steitzer
1 year ago
Masterton nominations are one of the more bizarre moments of the final days of the season. It often draws attention to some truly monumental obstacles that have been overcome, but often it is just a bunch of teams going “look at how old this guy is? He’s still playing.” This year was no different in that regard as Patrick Marleau, Corey Perry, Zdeno Chara, Mike Smith, David Backes, Pekka Rinne, and Marc-Andre Fleury were all nominated. Perhaps the most bizarre nomination is Milan Lucic, who seemingly is preserving from being overpaid. I’m sure there are plenty of good stories from markets that I haven’t been paying attention to, but it seems this is Oskar Lindblom’s award.
As for the Leafs, it’s hard to argue with their selection.
The rocky path to holding down a job in the NHL for Jack Campbell has been well documented, and as a former first round selected goaltender the expectations were not just that he’d make the NHL, but that he’d be a starter, and possibly a generational one. None of that really looked possible until his time in Los Angeles when Campbell cemented himself as a capable replacement for an injured Jonathan Quick, and it seemed he would settle into a role as a quality NHL backup.
The Leafs seemed to view Campbell as that at first, but even last season he was giving glimpses of being ready to take the next step and challenge Frederik Andersen for more ice time. This year it looked like he was going to take that role early as Andersen struggled to begin the season, but Campbell faced another setback with an injury. When he returned, he returned without missing a step and set the NHL record for most consecutive wins to start his season. At 29, Jack Campbell looks to be ready to finally move into the NHL starter role he was drafted for over a decade ago. That certainly speaks to perseverance and dedication.
Jack Campbell doing all of this with a friendly, “aw shucks” attitude, and one where he has been supportive of his teammates and fostered a situation where his teammates want to win for him as well is what really makes him standout. Not only has he shown himself to be a great goaltender, but also a great teammate, and celebrating Campbell makes a ton of sense, even when the Leafs had perfectly good old guys to nominate in Joe Thornton and Jason Spezza.
Here are the other nominations by team. Former Leafs Phil Kessel and Patrick Marleau both receiving nominations as well.
Uncategorized
Recent articles from Jon Steitzer