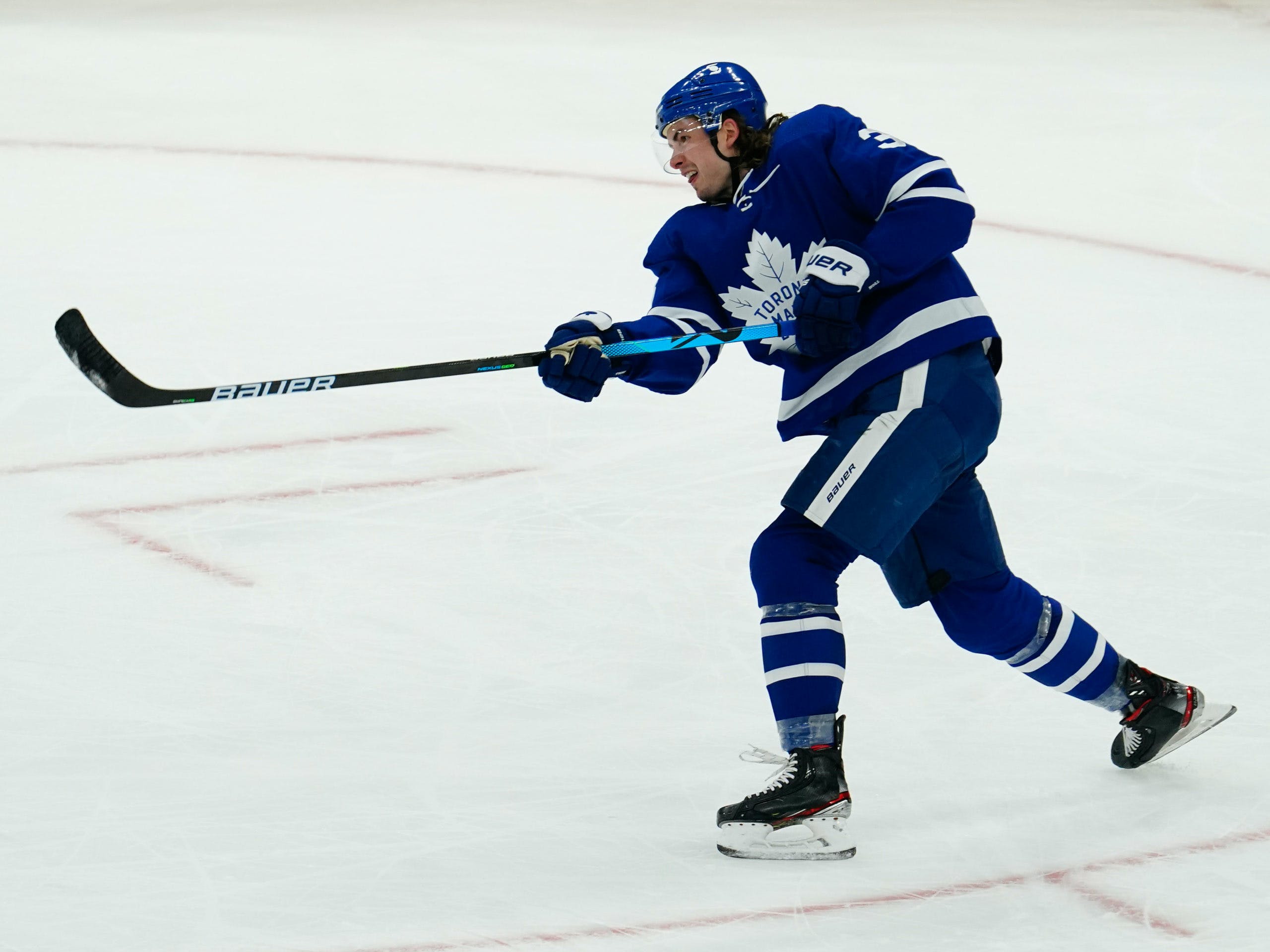 By Jon Steitzer
3 months ago
It brings me no joy to report that a one time ECHL reclamation project turned top four defenseman has taken a tour for the worse. I was an early adopter of Justin Holl fandom and it seemed like Mike Babcock would rob us of a good time. Sheldon Keefe gave Holl his opportunity and for one glorious season alongside Jake Muzzin it looked like the good times were never going to end.
Last season was a step back from Holl. The fact that Muzzin also took a step back or was absent due to injury often meant straining what could be achieved by Holl, but he still looked like a capable bottom pairing defenseman who was just being asked to punch above his weight class and fill in on the second pairing due to injuries. This year… well this year has been a mess.
Most notably with Holl’s numbers you can see the spikes in shot attempts against, especially those in high danger areas, and as a result there has been a significant impact on the expected goals against, which tell an interesting story compared to the goals against. It truly could be a lot worse, but the low GF% also speaks to the Leafs not producing offensively with Holl on the ice either. That’s a definite red flag for a defensemen the Leafs have needed to deploy in their top four due to Liljegren’s injury to start the season.

(red dots mean negative for/against differentials and all data is sourced from Natural Stat Trick)
Holl has struggled in the majority of his games this season. He had a strong outing against Washington, and statistically it wasn’t a bad night against San Jose, although the eye test would certainly disagree with the numbers, as Sheldon Keefe had to address Holl’s performance following the game…
Last night did not help Holl’s cause and while the reality is he’s safe for another night and will play against Anaheim, it’s worth considering whether a Sandin-Giordano second pairing is in the best interest of the Leafs before making a decision about what’s next for Holl when the Leafs return home for their game against the Flyers on Wednesday.
Here’s Holl taking a walking tour of the Leafs defensive zone leading to a Kings goal…
With both Jordie Benn and Timothy Liljegren performing quite well in their Marlies conditioning stint, the Leafs are about to have options for their blueline, and while Victor Mete and Filip Kral will be Marlies bound, it seems Holl is the obvious choice for being removed from the lineup with Benn and Liljegren returning.
Any long term removal of Holl from the Leafs lineup seems unlikely at this point. Holl is still a valued penalty killer, and a rare right shot option for the Leafs. There’s also something to be said for what he could potentially do with reduced 5v5 responsibility if the Leafs go that route.
There could be some frustration building up as well and it’s showing with Holl’s penalties. Whether or not you found him to be a good defenseman before or not, he was never undisciplined and that is beginning to seep into his game as well.
While it is just to point a finger at Holl as part of the problem for the Leafs so far this season, the struggles are hardly limited to him. And while the desire to be done with him is strong, it seems premature as the Leafs defensive depth is still a concern and it’s entirely possible that there is still some usable hockey left in Holl. It’s just seems that being paired with Sandin benefits neither one of them, and top four usage needs to be left a thing of the past for Justin.
News
Recent articles from Jon Steitzer