Leafs shut down Muzzin until the trade deadline, Brodie hurt and a couple of Marlies recalled 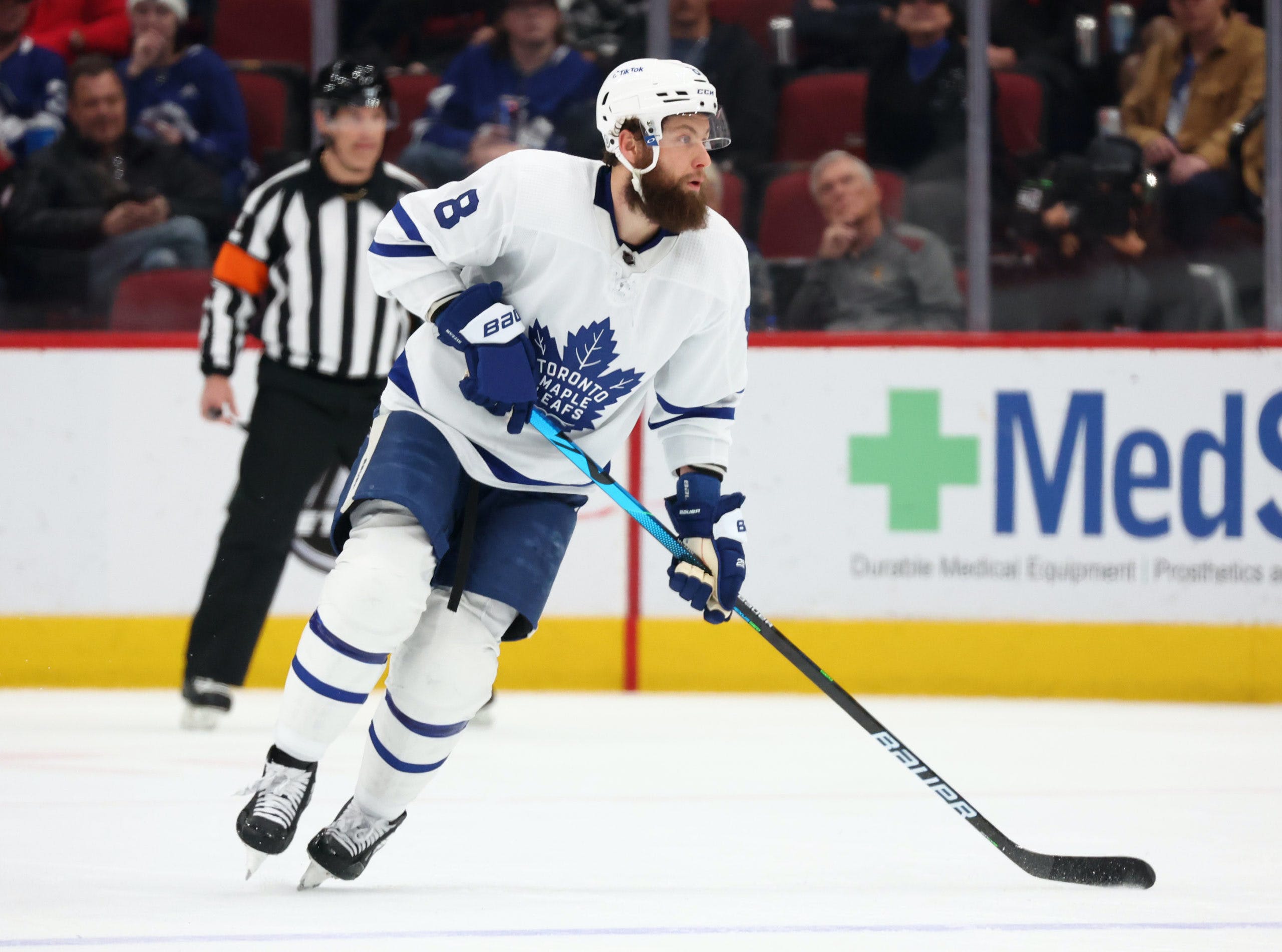 By Jon Steitzer
2 months ago
The Leafs started off the week by removing some doubt when it comes to the status of Jake Muzzin. Unfortunately, it also looks like TJ Brodie will also be missing a bit more time.
So let’s start with the big one here and that’s Jake Muzzin being out indefinitely and not being reevaluated until moments before the NHL trade deadline on March 3rd. I think that is a very purposeful time to be doing a reassessment, but who knows, it could also be a coincidence. There is also the fact that this is a spinal injury and holy crap am I glad the Leafs and Muzzin are taking it seriously.
That is a long time to be without a defenseman who was supposed to be delivering top four minutes and while the Leafs have burned through much of the LTIR relief by carrying a 23 player roster for the time being it will be interesting to see whether they begin looking at more permanent ways of addressing the absence of a top four defenseman or use the money in other ways for the roster.
Once Ilya Samsonov is healthy, the Leafs could have a 21 player that allows them the ability to add a $3.75M player with the LTIR relief from Muzzin. That number obviously improves if they are making a trade for a player that their partner will eat some of the cap hit on, or if they are also exporting some salary in the deal. In short, there are a lot of trade options, and waiting three months to see what happens with Muzzin seems unnecessary and damaging to the team.
On the other hand, the Leafs still need to figure out what their biggest need is. With Benn back, some of the toughness the Leafs lost with Muzzin’s absence has been replaced, and the blueline hasn’t been great, but may not be the priority over beefing up the forward group.

Just as I say that defense isn’t a priority I immediately jump into arguably the Leafs best defensemen being out for a while. This will definitely be a challenge, but with Benn looking good in his debut, and the Leafs finding ways to push Holl back into a more suitable role, they can likely weather this storm for a while, as long as it isn’t too serious. It already seems a bit more serious than you’d hope, but if the plan is to just get Brodie healed up for when the games matter, it’s the right call.

Holmberg is back and he’s bringing Mac Hollowell with him

I’m not one to speak to how Hollowell has done with the Marlies this year, but I’ve generally found him to be an underwhelming player. His recall likely means that the Leafs plan on sticking with the six defensemen they have in the lineup and aren’t interested in burning through Victor Mete’s days on the roster and forcing him to require waivers again. Filip Kral would have also been an option, but again if you aren’t going to play them, why not let Hollowell draw an NHL salary for a few days?
Holmberg returning is exciting to me at least because I think he remains one of the Marlies I’m most excited about and hope he gets a few opportunities to make his case as a permanent bottom-six option this season.
Still no word on Murray being ready as Petruzzelli remains with the Leafs for now.
News
Recent articles from Jon Steitzer