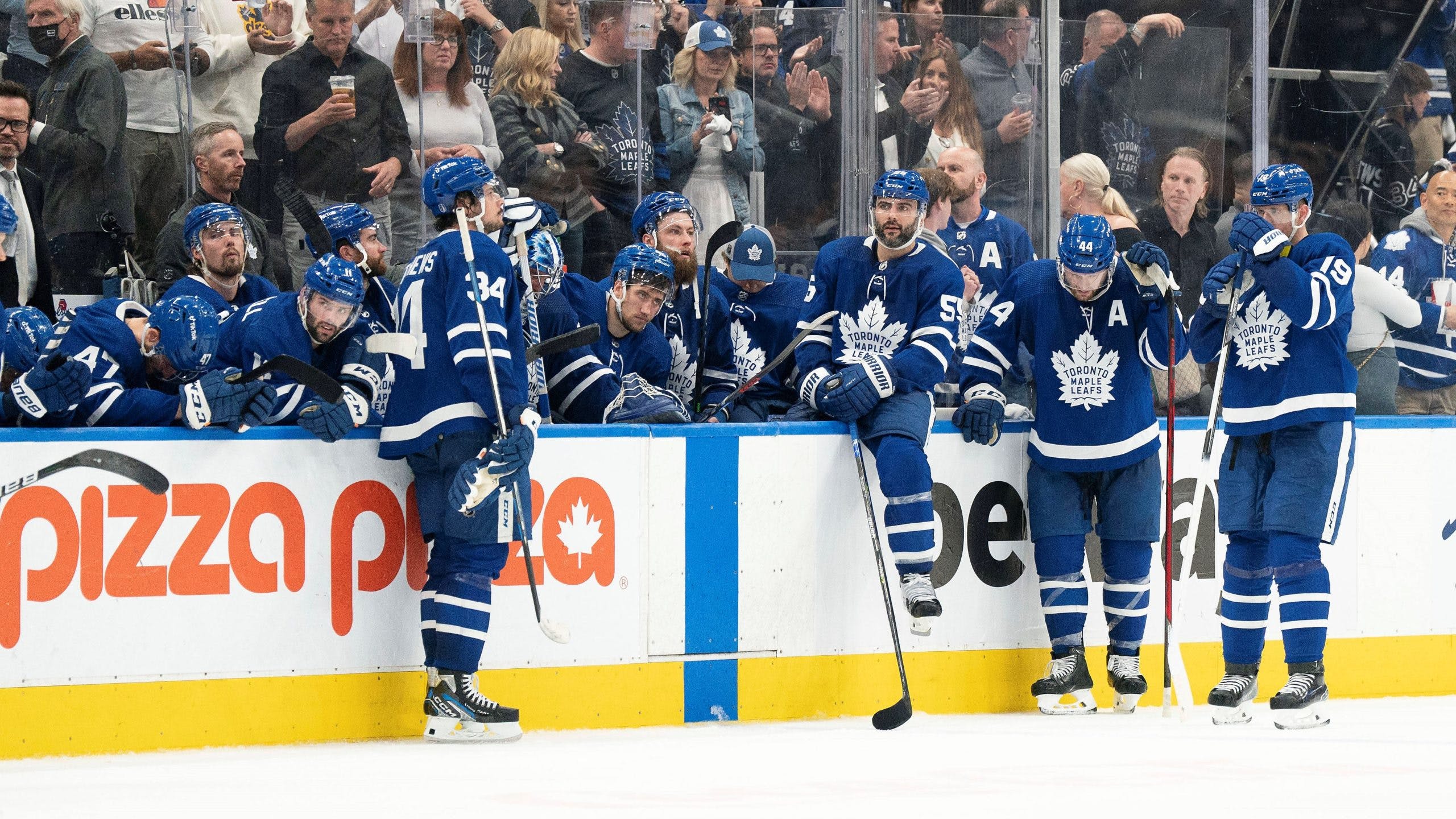 By Kyle Cushman
8 months ago
Another promising season, another disappointing first-round exit. Coming into this year, a sixth consecutive first-round exit for the Toronto Maple Leafs was all but certain to result in significant organizational changes at the management, coaching, and player levels. And yet, fresh off their Game 7 loss to the Tampa Bay Lightning, any such drastic changes would be incredibly reactionary and short-sighted.
As silly as it may sound, this first-round loss was not like the previous occasions. They weren’t outcoached like they were against Boston. There wasn’t a lack of effort or belief like there seemed to be against Columbus and especially Montreal. Rather, the Maple Leafs went toe-to-toe against the back-to-back Stanley Cup champions, had them against the ropes as no other team has done in the past two playoffs, and narrowly came up short.
The Tampa Bay Lightning had faced elimination just once since the start of the 2020 Stanley Cup playoffs when the New York Islanders pushed them to seven games in the 2021 Stanley Cup semifinals. Not only were the Leafs the second team to push them to seven, but they are also the only team over the past two playoffs to have the series lead heading into Game 6.
Now, you aren’t in the NHL for moral victories and nobody is claiming another first-round exit is good enough just because it went seven games against Tampa Bay.
But what it does show is that there was legitimate growth in the Maple Leafs this season. They did not crumble when down 2-0 in Game 6, nor did they when trailing in Game 7. This Leafs team showed resilience, effort, and belief all series long, and did so against the defending two-time Stanley Cup champions.
Was it perfect? Of course not. A poor performance in Game 4 prevented the Leafs from even having a chance at holding a commanding 3-1 series lead. Late in Game 7, they still had trouble breaking through a staunch defence of the middle of the ice and were unable to create many dangerous chances as the clock ticked to zero.
But for the organization to deem this series as the moment where the plan has failed and that significant changes need to be made seems incredibly short-sighted and ill-advised.
From a management perspective, all you can do is ask for the right process. More positive moves than negative ones, growth year over year, and building for success while not completely sacrificing the future. This is exactly how Kyle Dubas has managed the Toronto Maple Leafs. In the two seasons that Dubas has truly had his fingerprints over the team with head coach Sheldon Keefe in charge, the Leafs have set franchise records for their success in the regular season. During this span, they’ve also managed to restock the cupboards through the draft and undrafted free agency.
The organization is set up for success now and into the future, and that’s thanks to the work of Kyle Dubas.
Behind the bench, Sheldon Keefe showed growth as a head coach. Rather than stubbornly sticking to the same lineup, Keefe switched things up late in the regular season and experimented with the lineup. In doing so, he had different combinations to go to in the postseason that he had faith in. We’ve long moved on from the “desperately throw @John Tavares on the top line for Game 5 against Columbus and hope it works” days.
While Keefe’s position is the one where there is more of a legitimate argument to be made about looking into different options, it’s hard to look at the development of players under his tutelage and the job he did in this series against Tampa Bay and reasonably come away calling for him to be fired.
As for the Big Four, they played their part as Toronto’s best players all series long. We saw dominant stretches from @Auston Matthews and @Mitch Marner consistently throughout the series, while @John Tavares and @William Nylander showed up after disappointing starts.
Critics will point to a lack of production from them in Game 7, with just the one goal scored by @Morgan Rielly from Matthews and Marner. Though they weren’t able to crack @Andrei Vasilevskiy and the Lightning defence more than once, the Leafs top line of Bunting-Matthews-Marner was dominant, with shot attempts 17-2 in their favour. John Tavares controversially had a goal taken away thanks to an interference penalty (a call I agree with in isolation).
The Leafs don’t even get to Game 7 without big performances from their stars. Matthews led the series with four goals and nine points. Marner was second with two goals and eight points. After slow starts, Nylander and Tavares finished the series with seven and five points respectively in the final four games of the series.
Unlike previous years, the Leafs first-round loss was not down to poor coaching decisions or a lack of performance from the stars. Toronto played an incredibly close series against the back-to-back Stanley Cup champions and fell one goal short.
Is it disappointing? Absolutely. But each aspect of the Maple Leafs organization, from ownership to management to coaching to the players, must remain level-headed in the days and weeks to come. There is no need for key players to be traded or for key personnel to be fired just to do something.
Make some tweaks and run it back in 2022/23.
More from TheLeafsNation.com
POINTSBET IS LIVE IN ONTARIO