The TLN 3 Stars: Leafs hang on to win in a shootout against Vegas 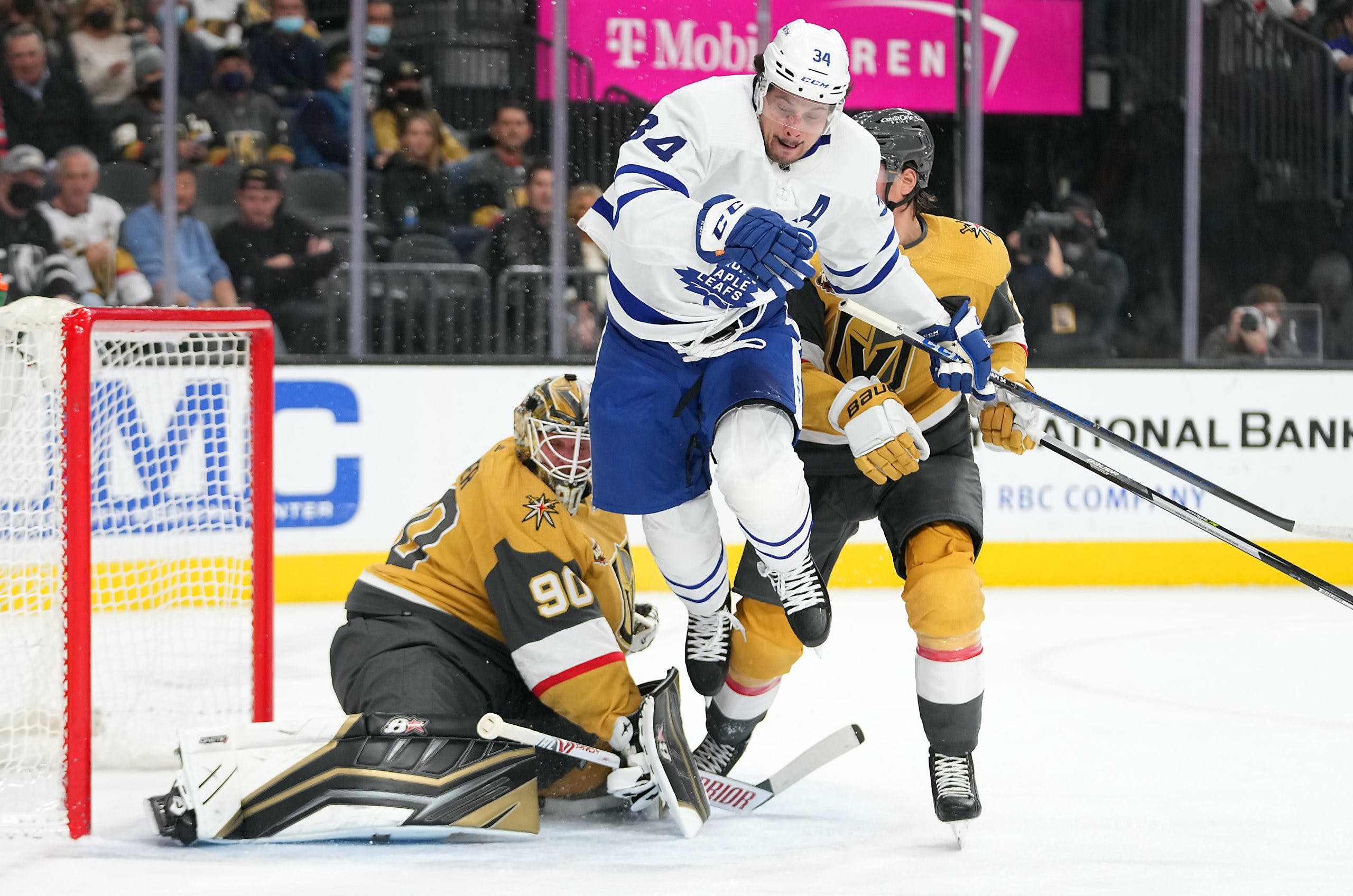 By Jon Steitzer
1 year ago
The idea of bonus hockey always seems appealing until it’s added to a game that already had a 10pm ET start time, is followed up with another late game tomorrow, and doesn’t involve blowing a 3-1 lead. Nevertheless, the Leafs picked up a win on the road against a very solid Golden Knights team, even with their depleted roster. The Leafs finished the night with a 4-3 victory in the shootout, thanks to the hot hands of William Nylander.
The night marked Jack Campbell setting his career best for starts in a season with 27. Yes, just 27, but Campbell was again solid tonight, and will have the luxury of rest tomorrow night, a pleasant reward for goaltender who has certainly earned it.
Looking at the milestones attached to the game, it was also a big night for Morgan Rielly,
Also in Marner’s absence, Rielly was able to creep ahead of Mitch on the Leafs all-time assists list.
Here are the night’s three stars.

Tonight was one of those nights where you could see Sandin learning on the job, and showing that he is going to be capable of taking the next steps to being a solid top four defender for the Leafs. Like most of the Leafs defense he took an absolute beating on the underlying shot differentials, as the Leafs were noticeably peppered by the Golden Knights thoughout the game, and Toronto looked tired and had a hard time keeping up.
Sandin seemed up to that tougher workload, and while he might have been chasing the puck, he also had a number of strong zone entries, and controlled exits that showed a lot of promise as well as he’s proven himself capable of backing his ass up to make the Leafs blueline harder to cross. (Just one of his 10 hits.)

I really wanted to put Mikheyev in at either number two or three (largely because of a post coming tomorrow morning), as he was one of the better Leafs tonight as well in a night where after the first period they seemed lucky to be in it, but the edge goes to Matthews here because he matched Mikheyev on the scoresheet, but I continue to be impressed by how he’s embraced his size and uses his strength more to complete plays for the Leafs. One of the biggest differences from how things ended last year to this season is that you can see Matthews stepping up and showing the Leafs not to accept the loss like they have in the past, and tonight was another game where not only did Matthews play well, but he managed to give me hope for the future too.

With the beautiful goal above and the shootout winner, it’s easy to make Nylander the first star. And if it was close, I would have still given it to him out of pity of the long shift he spent trapped in his own end to start the second period. While being trapped there wasn’t ideal, Nylander and Tavares were gassed, and while Nylander couldn’t gain control of the puck, he was solid positionally and stayed in the paths to control the play as best he could. He may no longer be the Leafs leading scorer, but being one off of Matthews isn’t too shabby either.

I mean, can we get the all clear on Pierre Engvall and Mitch Marner so we can save Nick Ritchie from himself? I believe there still could be a hockey player in there somewhere, but he needs to figure himself out away from the Leafs roster. If he’s going to play a bottom six checking role, it would be nice if he could either figure out how to make contact without taking a penalty, or be capable enough without the puck that he doesn’t make himself a liability.
Tonight’s game marks another less than ideal nights for the Leafs, but one that they thankfully came out on the right side of the ledger. Tomorrow night’s game against the Coyotes will certainly be an interesting one given how tired Toronto looked tonight. Hopefully help is on it’s way, and at the very least it wouldn’t be terrible to consider slotting Seney, Anderson, and Liljegren into the lineup even if Marner and Engvall aren’t ready to go.
To his credit, Sheldon Keefe managed the icetime quite well considering the game went to extra time. Only Matthews and Rielly played a bit more than expected, and if there are two players who can handle that work, it’s them.
Tomorrow night marks another late game, as the Leafs will play the Coyotes at 10pm ET again on TSN4.
Uncategorized
Recent articles from Jon Steitzer