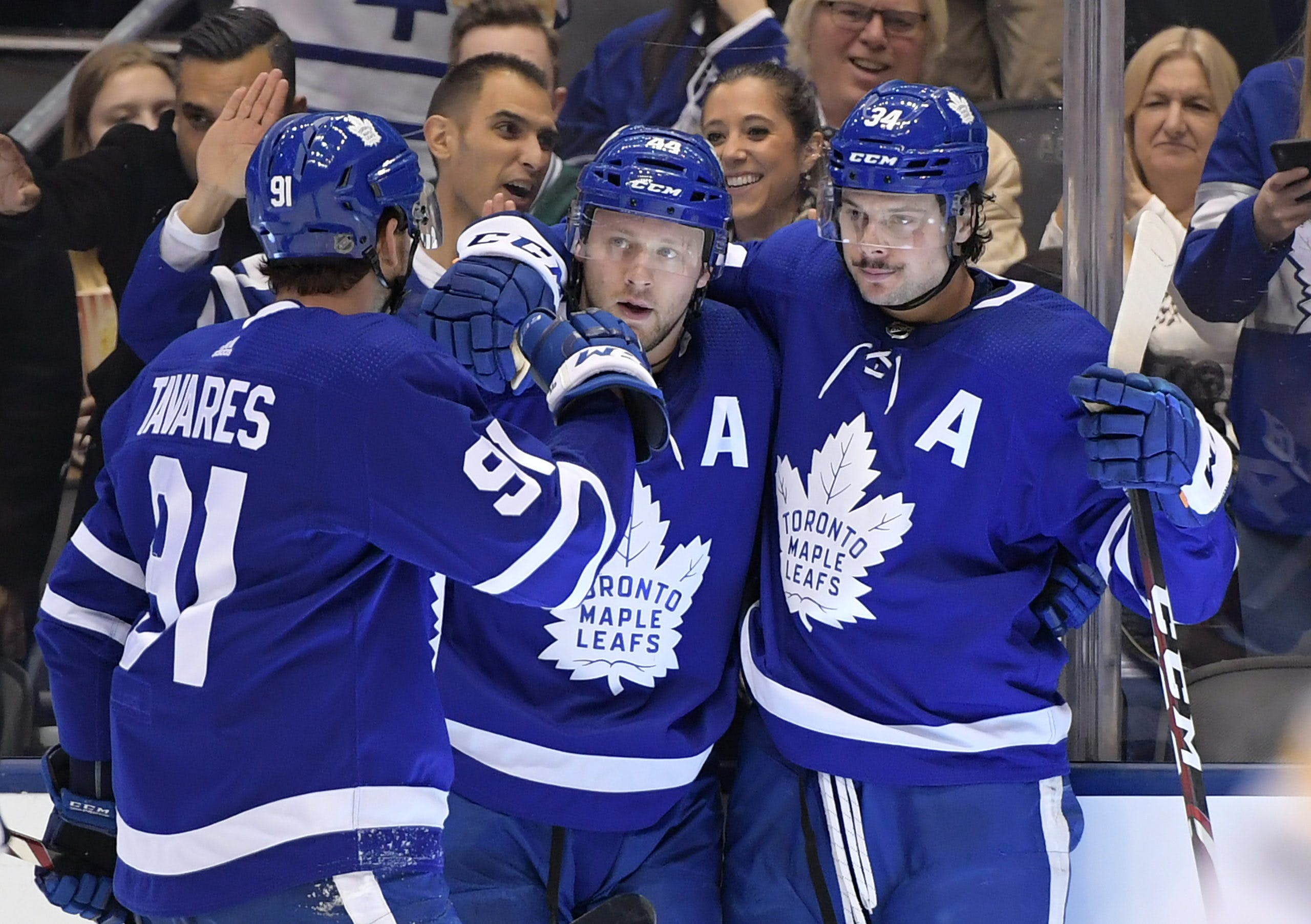 By Jon Steitzer
1 year ago

Welcome to Manny Malhotra’s Leafs. A team with some of the highest end offensive talent in the league, but seemingly can’t figure out how to use it when they outnumber the opposition. Over the past year we’ve come to talk about the Leafs power play like it was the bottom of the league, but it was decidedly middle of the pack at 16th overall. It definitely slid over the course of the year, but at the end of the day it was 16th. It will be most remembered for being completely ineffective in the playoffs but it was 16th, sliding back 10 spots from being the 6th best power play in the league the year before, and 8th the year before that. If you feel like going back to 2017-18, it was 2nd in the league. Given that the personnel has largely been unchanged, it’s going to come down to strategy and deployment that the Leafs haven’t been able to get past.

The clearest answer for what went wrong with the Leafs power play last season was the predictability of it. The first unit seemed to consist of having @Morgan Rielly carry the puck up to the blueline and being greeted by a wall of defenders. He’d make a short outlet pass to Matthews or Marner who would either be swarmed or would quickly dump the puck into whatever corner is closest to either @Zach Hyman or @Wayne Simmonds, depending on who the Leafs insisted on playing up with there instead of @William Nylander. The puck would then quickly be recovered by the defender who knew exactly where the puck was going, and down the ice it went. Another 15 seconds wasted and the Leafs return to try the exact same approach again.
When the Leafs did break through, the predictability continued. @Mitch Marner and @Morgan Rielly were both searching for an @Auston Matthews setup pass at all costs to the point where the Canadiens just stapled a defender to Auston on the power play during the playoffs. @John Tavares was solely a net presence looking for rebounds or a deflection on a point shot that was never going to come, and with Tavares already doing the heavy lifting in front of the net, that left the remaining forward like Hyman to simply chase the puck.
The criticisms that accompanied this was the lack of strong point shot, and traditional imposing net front presence. While I find myself longing for the heavy point shot, the Leafs have proven in the past that players like Morgan Rielly or @Tyson Barrie have been able to hold down the fort without that shot, mainly by keeping the puck moving around the zone fast. Last season the puck was moving noticeably slower on the powerplay and that burnt the Leafs a number of times on unfortunate cross ice passes as well.
Another criticism was the lack of time where Matthews, Marner, Nylander, Tavares, and Rielly were deployed as the top unit. Nylander spent a lot of time in exile on the second power play unit and from time to time he was joined by John Tavares there. Oddly enough, that was the most effective way to produce power play goals last season, but unfortunately it was also the most victimized unit for giving up short handed goals.
Keeping all five of the stars together certainly limited the goals against and produced the second best goals for totals. When looking at the ratios, especially xG and Corsi, the numbers support splitting up Tavares and Nylander from Marner, Matthews, and Rielly and having two strong units, but if the plan is to produce goals, having the top five on the ice still looks like the superior option.

So how does it get fixed?

Well, given that power plays are often two minutes or less, it seems like it’s time to make hay while the sun shines. Having the top five players out as soon as they can be and for as long as they can be is likely your best chance at success. Finding a balance between power play units is undercutting the best opportunity for success, and the second unit focusing on being a high energy, eager to prove themselves group that exists to provide a minimal resting period for the top unit is probably all that is required. In fact, just having individuals tap out from the top unit when fatigued for their understudy is likely better than relying on a complete secondary unit.
The next thing the Leafs need to do is embrace the creativity of their top talent, and not look for set plays as frequently. You can’t have the consistent game of catch happening between Marner and Rielly while hoping that Matthews can find space. It needs to be harder to identify who are the shooters and who are the passers on the Leafs power play, and while Marner and Rielly have become more comfortable shooting, the rigid format of the power play often kept them trapped in parts of the ice where their shots are ineffective. A strong, fast cycle with multiple outlets would do wonders for the Leafs.
As for the zone entries…well…it’s not rocket science. Even having Nylander and Rielly on the ice together makes it a bit more of a guessing game, and attacking the line more aggressively with the puck carrier rather than slowing for the predictable drop pass opens up options for the Leafs.
Rather than force net presences and point shots into the core of the power play, these options should exist in specialist capacities. Studying the opposition will identify if point shots like Jason Spezza or Jake Muzzin are necessary or if net presences like Nick Ritchie or Wayne Simmonds could be beneficial. Forcing them onto a top unit seems limiting. Ritchie, Spezza, and defensive options like Sandin, Brodie, or Muzzin are already 3/5s of a worthwhile secondary unit and players like Kase, Kerfoot, or possibly Robertson help round out a group that you don’t mind seeing minimally pick up the slack.
At the end of the day, fixing the Leafs power play seems realistic. There are a lot of years of evidence that show that there is enough skill here for it to be near the top of the league, and last season can just be viewed as a minor setback that can be overcome. Joe Thornton frequently added an unnecessary passer to mix, Simmonds was being miscast as the player he was, not the player he is today, and whatever they told Morgan Rielly to do last year, they need to tell him to forget it.
Embracing the creativity of the top of the roster will close a lot of gaps for the Toronto, and it seems reasonable to expect with minor changes this will be one of the top units in the league again.
Data Sourced from Natural Stat Trick and Hockey Reference
Uncategorized
Recent articles from Jon Steitzer