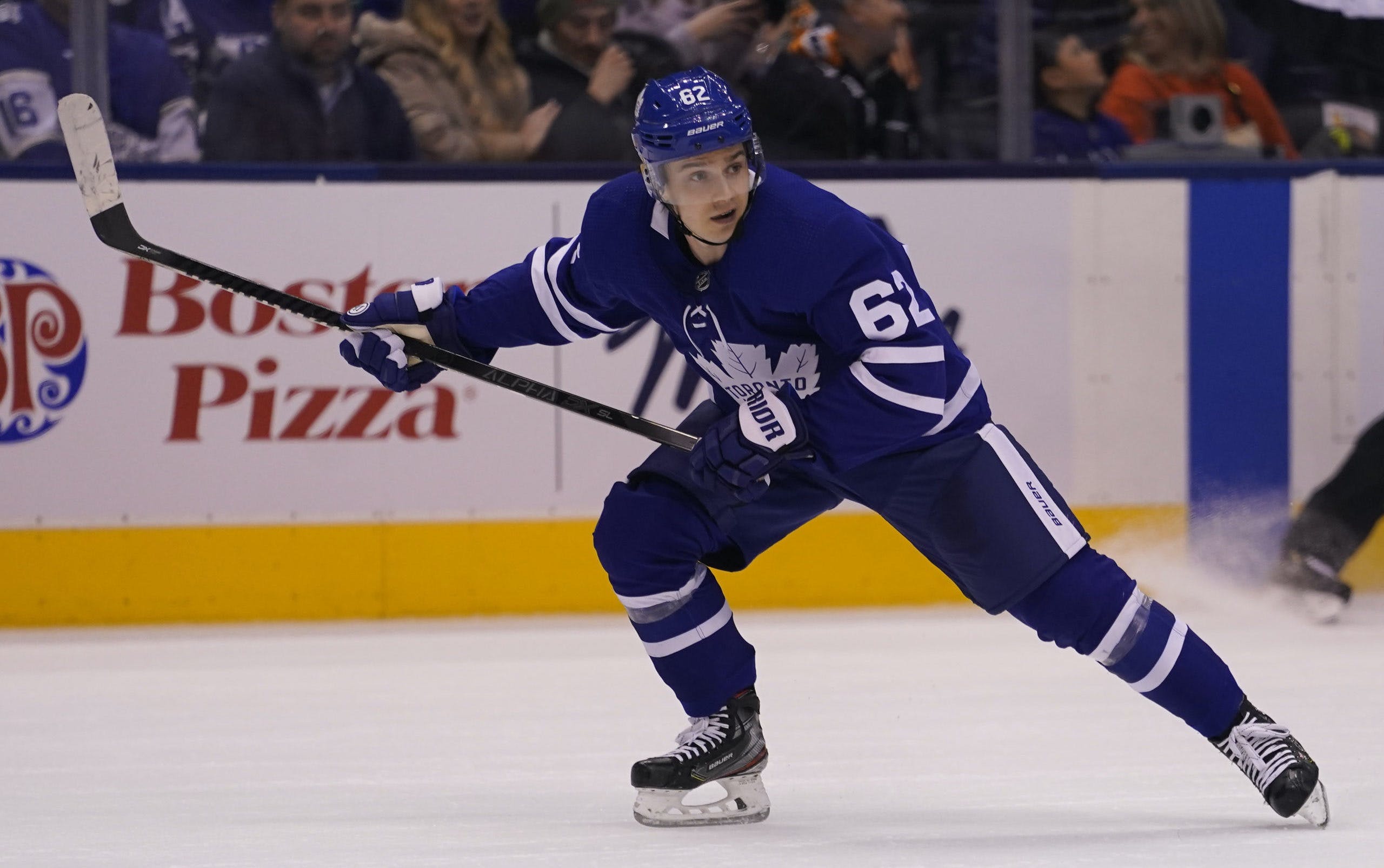 By Jon Steitzer
4 months ago
The mention of Denis Malgin has already sent a lot of you to a bad place. Mason Marchment’s stat line is now playing over and over in your head and you are reflecting on how a 6’4 power forward the Leafs could have desperately used was dealt for a 5’9 winger who put up zero points in eight games for the Leafs before playing the next two seasons in Switzerland. The trade, one that seemed designed to give Mason Marchment an opportunity somewhere is understandably condemned. That said, Denis Malgin was prematurely condemned and it’s worth trying to see what can still be taken away from that trade.
The thing is, Denis Malgin has had two very productive seasons in the Swiss league. Yes, I am aware I just said the Swiss league, but being at the top of a European league is better than nothing. It’s also encouraging that he had 12 points in games at the World Hockey Championship. He can at least put up numbers against hungover NHLers. In short (pun not intended) Malgin has a bit of promise and that’s why it’s at least worth considering where he could be a fit.
Instinctually you are probably seeing Malgin as a player who is Marlies bound, and there is a better than not chance you are right on this, so let’s start with that outcome first. Assuming he clears waivers, Malgin addresses a need for a top six forward on the Marlies and potentially he can line up at center, a position the Marlies have always found themselves in short supply of. Malgin at center gives players like Der-Arguchintsev and Abramov a chance to spend more time on the wing, the most likely place they’ll play if they take a step towards the NHL. There is value with Malgin on the Marlies.
Assuming Malgin has a good camp, the most likely spot for Denis seems to be on the fourth line. How that line all fits together, who knows, but if Malgin is on it you’d have to imagine that tertiary scoring is the priority over physical play. It seems like a driving factor for that could be to get Nick Robertson into the Leafs lineup, but wanting to give him linemates capable of getting him the puck. Malgin would be capable of that and allow for the sheltered development of Robertson. I can hear your teeth grinding not only at Malgin being in the lineup but at the suggestion that Robertson would play outside the top nine.
Now, I’m all for getting weird with it, and while I’m not advocating Malgin in the top six (yet), I have to admit that I’m curious about seeing Malgin on Tavares’ wing instead of Nylander during the preseason. Understandably there isn’t much interest in breaking up Matthews and Marner after their career years, and the Leafs seemed to be leaning towards splitting up Tavares and Nylander by the end of the season last year. In the preseason do we get the opportunity to see if Malgin can work as Tavares’ setup guy? Does Malgin bring a bit more 200 foot responsibility than Nylander? Is it at least a case for Malgin as a callup from the Marlies if there are injuries within the top six?
The reality is that Denis Malgin is very much in that Pontus Aberg, Nic Petan, Kenny Agostino class of forward the Leafs tend to use to establish some scoring depth. Rarely have they ever been called upon, but there is a comfort in having them there if needed.
The trade for Malgin isn’t one that can be defended. You don’t need to like the trade. What doesn’t make sense is completely writing off the return and while Malgin’s impact might be limited to making the Marlies better and being a different archetype of depth, Malgin has something to offer the Leafs and as a 25 year old, two years removed from playing in North America, it’s still okay to believe there could be some upside there too.
More From TheLeafsNation.com