Advertisement
Ad
Dreger suggesting Marner could be close to signing a 3 year, $9,500,000 deal 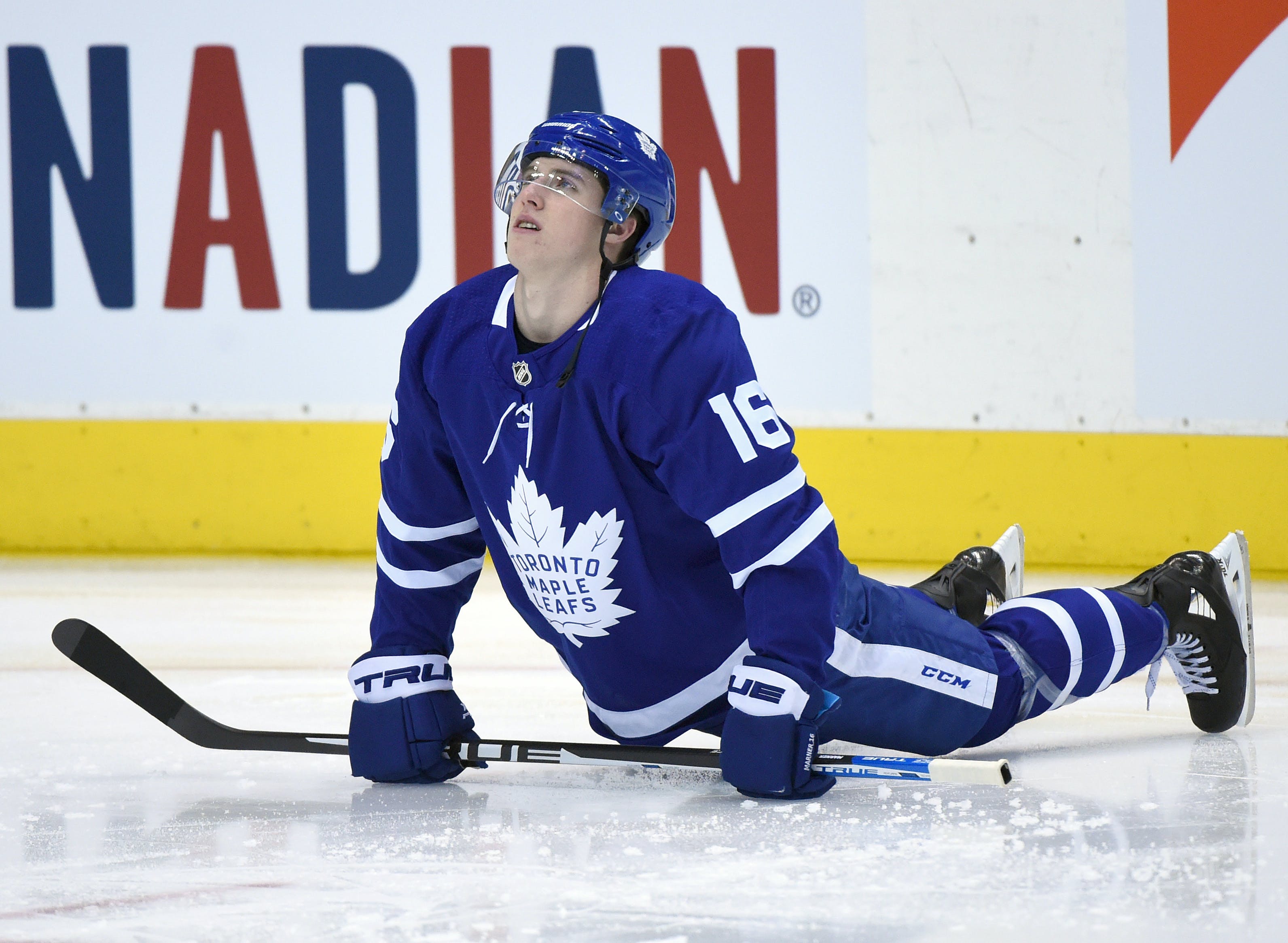 Photo credit: © Dan Hamilton-USA TODAY Sports
By Jon Steitzer
3 years ago
Comments
IT’S THE RETURN OF THE INSIDERS.
Bob McKenzie is back from vacation. Leafs Lunch is back on the radio. Dreger is slowly moving away from promotional golf tweets, and we’re getting back to the business at hand, and that’s that Mitch Marner isn’t signed and training camp opens pretty darn soon.

Dreger says there’s been some speculation that there’s been a 3 year deal on the table, with an AAV around 9.5M. Dreger thinks there’s a slight chance something gets done before training camp.

So we’ll start breaking down tweet which is a summary of what Darren Dreger covered off on Leafs Lunch (if you want to listen to full thing, here’s the link.)
First, if the name of the game is speculation, it’s speculated that Darren Dreger has been pretty closely in touch with the Marner camp throughout this process, and has been sharing the information they would like to get out there. That fits with the fact that this is a very favourable deal for Mitch, and one that they might want to put the pressure on the Leafs to get done.
Advertisement
Ad
Advertisement
Ad
Building on that last thought is that is such an incredibly favourable deal. Is it fair to keep on bringing up Nikita Kucherov? I think it is, and this deal would see Marner making as much as the premiere winger in the league, despite not being arbitration eligible and not giving any kind of term. The favourable aspect of this for the Leafs is that he’d still be a restricted free agent at the end of it, and the Leafs would get one last shot at Marner in advance of his greater leverage. Dreger stated that Marner would absolutely do a three year deal, but the catch is that he’s likely pushing for a high salary number in his final year to push his qualifying offer higher.
Finally, the fact that there’s a slight chance that it gets done before camp is pretty much establishing that we shouldn’t expect anything, and we probably shouldn’t count on Marner being at camp.  Dreger said the idea was farfetched. so we’re probably still waiting another month for this. I guess the lesson is we should probably just relax for now.
Advertisement
Ad
Advertisement
Ad

Some stray thoughts from Dreger:

Stray thoughts from me:

Spoke with Kyle Dubas today. Regarding teams inquiring trade-wise on Marner: “That’s not a real avenue that we’ve even remotely explored. It’s our full intention that Mitch Marner will be a Toronto Maple Leaf for a very long time and that’s everything we’re working towards.’’

I hope that Dubas is strictly saying this for our benefit. Given the dollars attached and how long it’s gone on, it’s perfectly reasonable to listen to offers, just like it was reasonable to listen to offers on Nylander last year. In the grandest tradition of the NHL, I’m sure most of the calls are low ball offers that would absolutely cripple the Leafs if they acted on him, but listening is free.
Dubas also made note of the importance of having Marner in training camp, citing how the prolonged delay derailed Nylander’s season last year. For all the positive comments made by Dubas back in June about starting negotiations early, and learning from the Nylander situation, it still seems like he might be struggling with the idea of strong arming one of his stars into signing a deal, missing a season, or getting shopped.
Advertisement
Ad
Advertisement
Ad

Pretty much every other RFA remains unsigned as well. This isn’t a unique situation, this is probably the new normal. There are aspects that warrant this holding pattern, the finalization of when the CBA opens is definitely one of them. If the CBA is opening in 2022, that would be when a three year deal on Marner expires, and there’s a lot of uncertainty to negotiating a contract potentially heading into a lockout year, potentially not having a bonus paid in advance of that year, and from the Leafs perspective, there’s the potential that the new CBA is more player friendly and could create issues.
There’s also the fact that none of the RFAs seem to want to go first. With the Aho and Girard deals winding up more on the team friendly side, there seems to be a desire to wait until a more favourable comes along. For now Marner is having to fight his way through Draisaitl and Aho comparables, while insisting on a Matthews comparison.
Advertisement
Ad
Advertisement
Ad
Right now we’ve got nothing but speculation. By the end of the week we’ll have the rookie tournament and at least few other story lines worth exploring in this the longest offseason.