Advertisement
Ad
Kral to make his NHL debut, Kerfoot is back to a familiar spot, and Leafs work on defensive zone breakouts 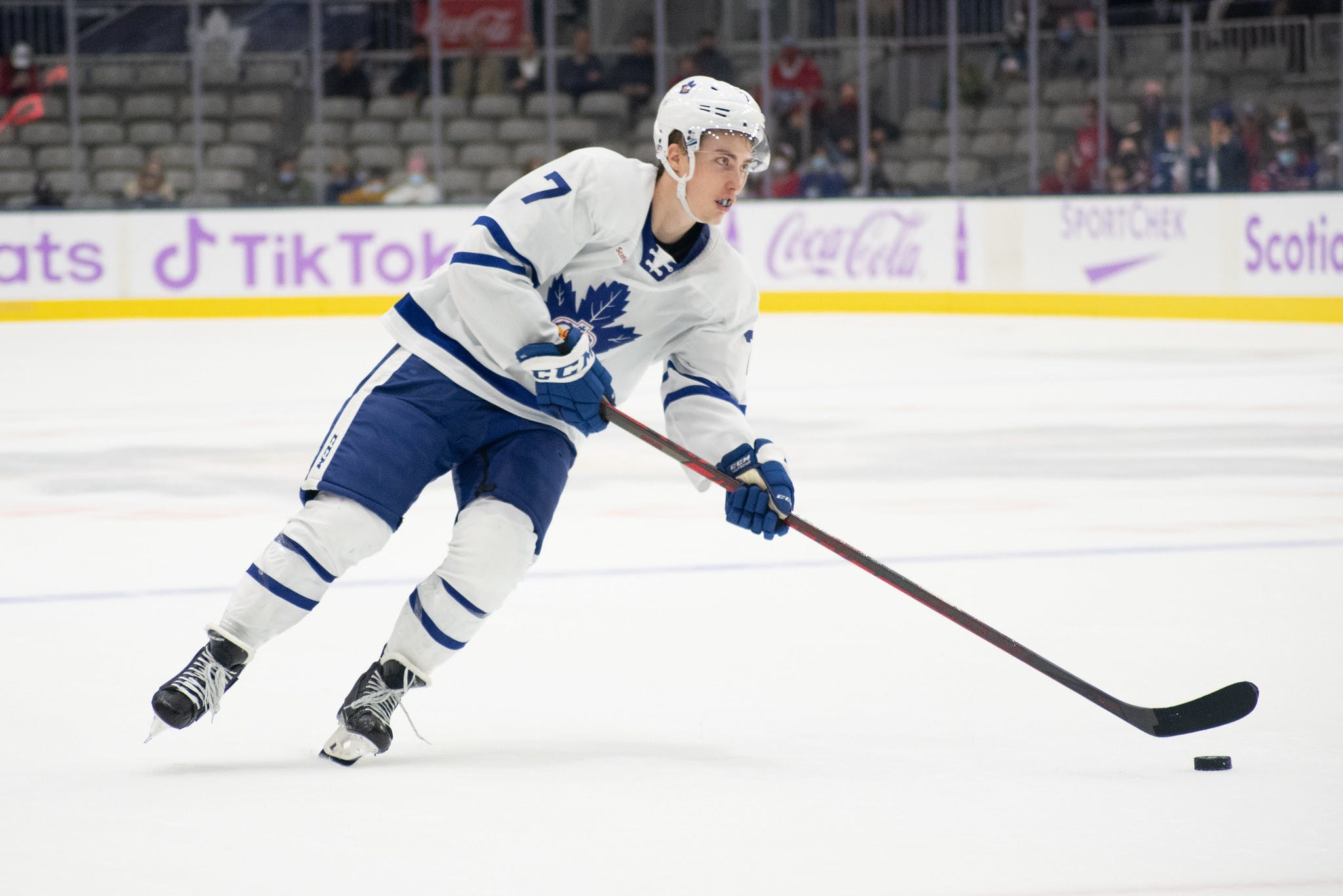 Photo credit: Steven Ellis/The Leafs Nation
By Jon Steitzer
3 months ago
Comments
Good news: If you are a fan of the black Bieber created Leafs jerseys, you’ll get to see them against the Kings tomorrow night. And you’ll also get to see a home team wearing their white jerseys, one of the discarded good things the NHL did all the time.
Bad news: If you were expecting heads to roll after underwhelming games in Vegas and San Jose, the changes that are coming are not as significant as one would hope.

I don’t know what to really say about this swap. It makes sense as you want to give Simmonds a game against his old team, and there wasn’t a compelling case for Aston-Reese or Malgin not continuing with the in/out rotation for the bottom six, but I will go on record as being one of the skeptics about whether Nic Aube-Kubel has much to offer the Leafs beyond blocking players like Steeves, Holmberg, or Abruzzese from getting their shot with the club.
Realistically the AHLers weren’t on the road trip so it’s not something the Leafs would consider trying until after Sunday night.
Advertisement
Ad
Advertisement
Ad

It looks like Filip Kral will make his NHL debut in LA on Saturday night.

Kral getting his shot is a nice little story and I’m glad he’s finding his way into the lineup. He had a strong camp and feel his skill set might be more useful to the Leafs in a bottom pairing capacity. He’s not entirely different than Mete, but at least in the AHL he seemed to be more defensively aware than Mete has looked in the NHL.
Win or lose, at least someone will be having a special night on Saturday.

Taking Bunting off the top line lasted a game. The Marner/Nylander flip lasted a period. That’s not inspiring a ton of confidence about trying to spark the top line, although both Matthews and Marner got a goal against San Jose, so problem solved?
Putting Kerfoot with Tavares and Nylander is also pretty uninspired and considering that playing in LA is special game for Robertson, this isn’t exactly setting him up for a big night. The Jarnkrok line essentially looks like spare parts that will be deployed on other lines as needed.
Advertisement
Ad
Advertisement
Ad
As for the Kampf line, Engvall and Kampf should probably be kept together for a while to see what they can do, and if Aube-Kubel can add value here that’s at least one small issue resolved for the Leafs. Personally, I’d explore the idea of going with 11F/7D as a bit of a safety net for the Kral debut.

“Our inability to move the puck up the ice efficiently is slowing down our game on offense & really hurting our game defensively as well … It starts with the D. Their first touch has to be better.”

I would definitely agree that the Leafs need to speed up their game to be a bit more effective. Once Toronto’s opposition gets into their position, the Leafs are pretty much helpless and become reliant on the cycle to get something going again, but even then teams just clog the high danger areas and very little has been materializing for the Leafs.
That being said, while this approach might help, the issues of unclogging the most valuable real estate on the ice is where you’d hope to see the Leafs put in their efforts. It also seems like with the current defensive woes of the Leafs that prioritizing defensive drills for the defensemen would make more sense than hoping they can kickstart their offense.
Advertisement
Ad
Advertisement
Ad

Practice starts with forward and D split up. Emphasis on puck retrieval in the corner. pic.twitter.com/HHLViSCU92

The idea of puck retrieval for the forwards again seems like it couldn’t hurt, but this either seems like the Leafs are conceding that carrying the puck into the offensive zone hasn’t been working for them and they will rely on dump-ins more and neglects their biggest challenge, which is claiming territory in the high danger parts of the ice. That’s not to say they didn’t go into that stuff later as well, but as a priority, I’m not sure puck retrieval is it.

Keefe says Samsonov is getting over the bug he had and starts tomorrow.

No real surprise there, but it is likely that Kallgren will get the Sunday night game.
The next game is Saturday night at 7pm ET. The weekend games of the Western road trip are decidedly more friendly to Ontario viewers.