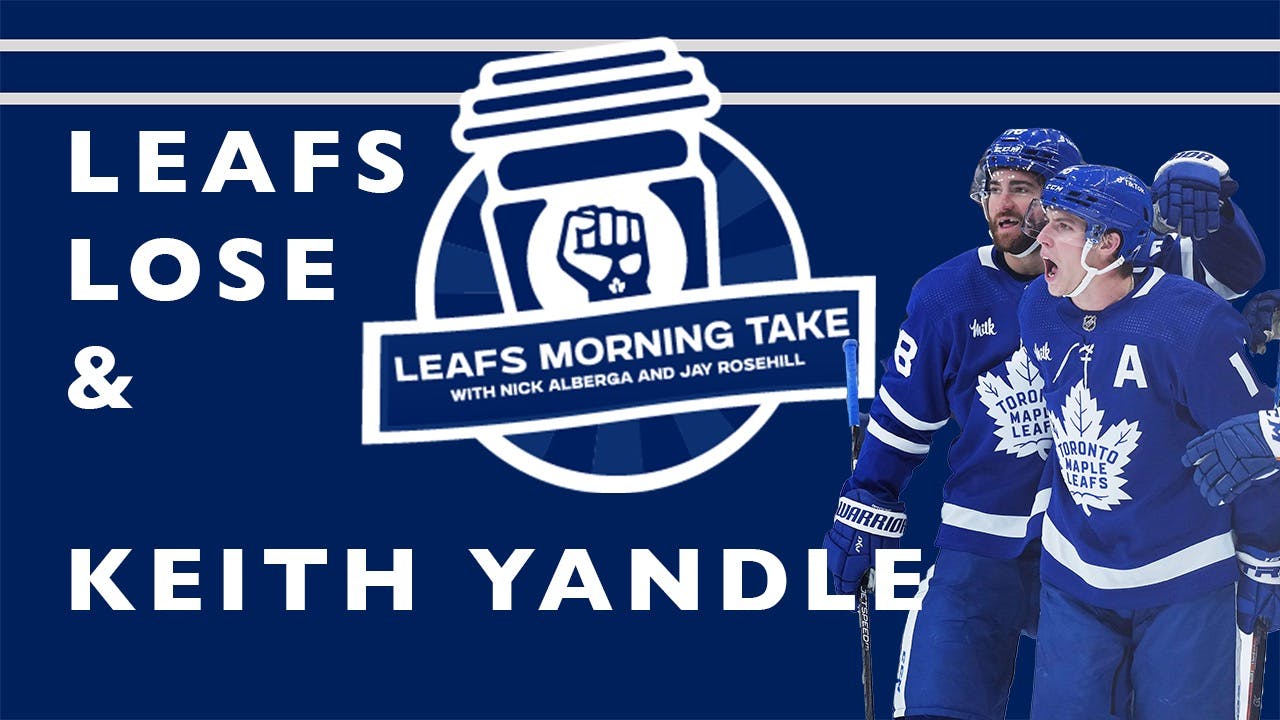 By Nick Alberga
3 months ago
Comments
Leafs lose in humiliating fashion. Lather, rinse, repeat.
Following yet another loss to the lowly Arizona Coyotes, the Tuesday edition of Leafs Morning Take acted as an all-encompassing therapy session. Honestly, it was soothing for the soul.
To be fair, par for the course early on, I was a little more fired up and bothered by the loss than Rosey was. At any rate, we had a lengthy discussion on the current state of the team and where they go from this latest setback. Also, we touched on the new look lines that Sheldon Keefe trotted out for the third period last night. It’s hard to believe we’re not even a week into the season, and already, there’s been no shortage of engaging material to tackle.

Are Sheldon's Keefe days behind the #LeafsForever bench numbered?

Meantime, we also welcomed the recently retired Keith Yandle to the show to get his perspective on Monday night’s game. Unsurprisingly, considering how vibrant of a personality he possesses, the 36-year-old has seamlessly pivoted over to the broadcasting world. In fact, he’ll be a part of Sportsnet’s Monday Night Hockey panel moving forward this season.
Advertisement
Ad
Advertisement
Ad

"It happens to every team. It's probably just a little more blown up because the media and everything up in Toronto."

After that, we tackled the PointsBet Canada bet of the day.

All eyes on Ottawa/Boston tonight. 👀

As per usual, we wrapped up the show by addressing some chat comments and concerns. We’ll be back on Wednesday at 11 a.m. EDT as we continue to move past another disappointing loss and look forward to Thursday night’s game at home against the red-hot Dallas Stars.
Don’t forget to subscribe, like and leave us a review!