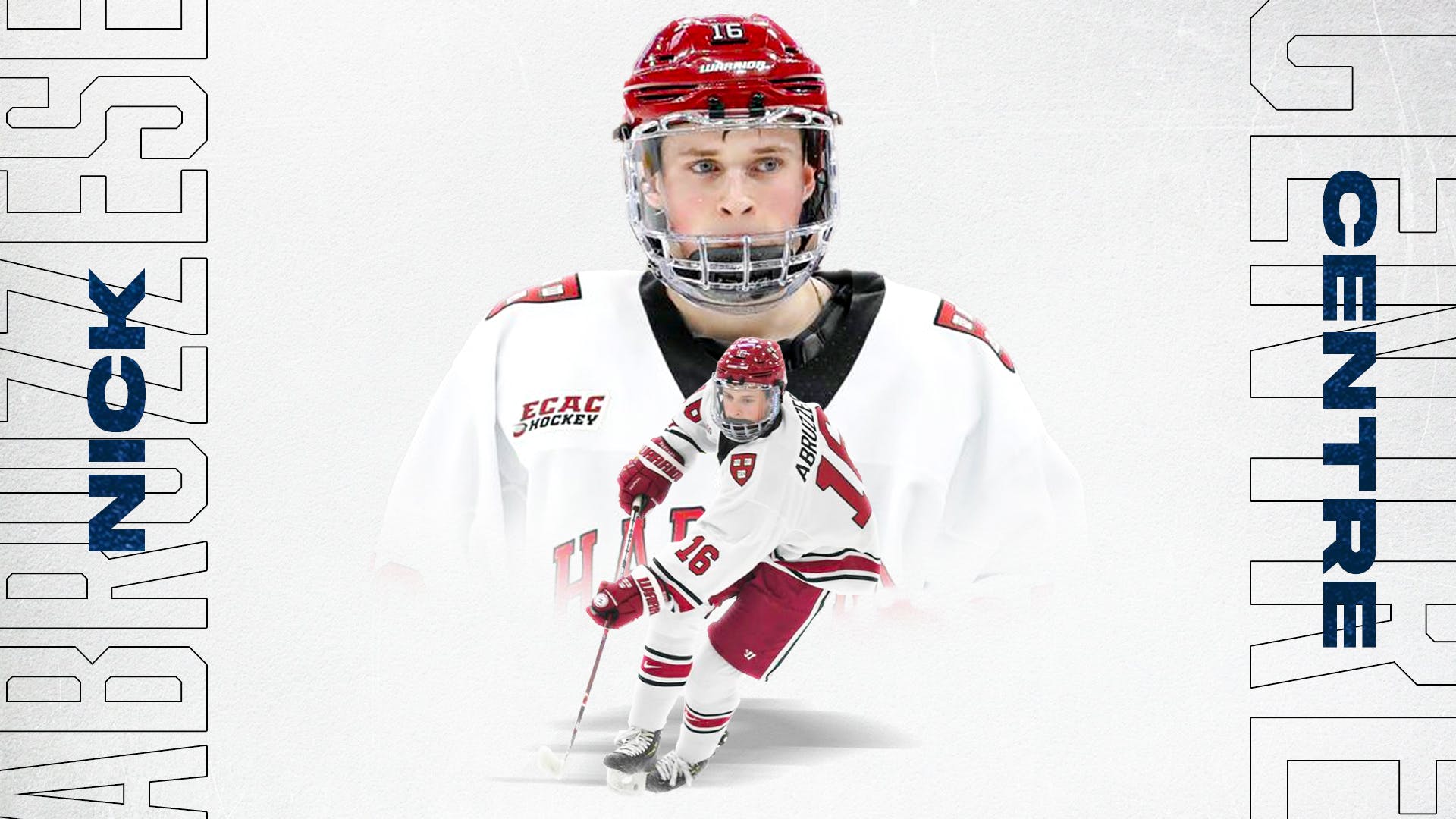 Photo credit: Nick Barden
By Jon Steitzer
1 year ago
Comments
We mentioned it around the time that Matthew Knies was added to the American roster, but USA Hockey seems to be making the most of the opportunity afforded countries by not having NHL players going to the Olympics and instead they are sending their up and coming talent to get their feet wet in high level international competition. Like with Knies, the report last night from Ken Campbell has the opportunity to benefit the Leafs:

Two more players I've been told were added to US Olympic team are Toronto prospect Nick Abruzesse and Montreal prospect Sean Farrell, Harvard's top two scorers this season. USA is going super young and will be tons of fun to watch. Miracle on Ice all over again?

So interesting spelling of Abruzzese’s last name aside, that’s some exciting news to see and encouraging that another Leafs prospect is coming along about as well as anyone could hope. In fact, it’s been a pretty big week for Nick as he also took home ECAC player of the week honours.

PLAYER OF THE WEEK 🏅

With last season being lost to the COVID shutdown and Abruzzese being injured there were some concerns that Abruzzese wouldn’t be able to live up to his solid 44 point in 31 game freshman season, but now as a junior and the captain of the Harvard team, Nick has 21 points in his first 13 games and not exactly showing any signs of slowing down.
Abruzzese was drafted out of the Chicago Steel USHL program, which the Leafs know well, as it was the previous employer for their current Marlies GM Ryan Hardy, and the Marlies coach, Greg Scott. The Leafs also previously employed their current AGM, Noelle Needham, so there is definitely a strong organizational link to Abruzzese, which should inspire a lot of hope that we can expect big things from the small (5’10) forward.
Advertisement
Ad
Advertisement
Ad
As for the Olympics, our own Kyle Cushman hinted at the list of players presently with their rights held by the Leafs that could be get the call from their countries in the coming days.

#Leafs affiliated players who could play at the 2022 Olympics: