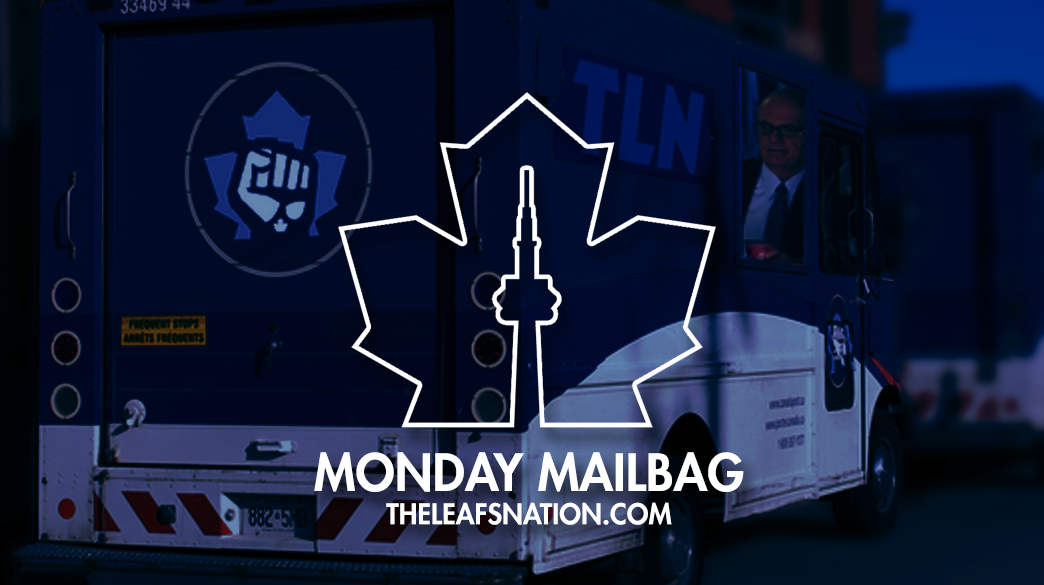 By Jeff Veillette
5 years ago
Comments
I’m going to my first Blue Jays game of the season tonight. It’s such a shame that they’ve turned out to be, uh, Actually Bad. Just one full season of all the big Toronto sports teams succeeding at once would be spectacular, but apparently, life is unfair.
Hopefully they at least keep it interesting tonight, though. My mild interest is on the line.

How does the Arvidsson contract impact the Nylander extension negotiations? Compatible? Bring the AAV down?

Hard to say. Arvidsson had a similar past two seasons to Nylander in terms of rate of production and relative possession, and Nashville’s cup final run built up a bit of brand name clout for his resume. So for him to take 7 years at a hair over $4 million is a little crazy, and has people salivating at the idea of Nylander getting similar. But it’s worth keeping in mind that he’s been playing at a comparable level to Nylander while being three years older, two inches shorter, and without the expectation of playing centre in the long run.
The other thing to keep in mind is that players who take these long-term, low-cost second contracts tend to do so to develop financial security. Given that Nylander’s father made over $20 million in the NHL himself, he has a bit of a fallback if he takes a short/mid-term deal and it doesn’t work out.
Advertisement
Ad
Advertisement
Ad
Either way, I’d bet this tilts the needle backwards much more than the McDavid deal was claimed to have tilted it forwards.

When is Patty Marleau finally gonna be officially introduced by the buds?

There probably won’t be much of anything. Knowing the way this front office operates at all levels (so no, not just Lou), the goal will be to try to integrate him as just another member of the team, rather than pitching him as the star that everybody’s eyes must direct to.
They’ll probably give him a little bit of extra room to do his first media scrum come training camp and that’ll be the end of it, if I had to guess. If there was a need for a big, drawn-out press conference, it would’ve happened weeks ago.

What are the odds Liligren gets called up for at least a look this season?

Slim to none. Unless it was a start of the season nine-game look, rather than a late-year call-up, it would require burning a year of his contract, no matter where he spends the rest of the season, be it the SHL, AHL, or if things hit peak chaos, the OHL (don’t count on it).
Advertisement
Ad
Advertisement
Ad
My bet remains that he’ll stick in the SHL and his “look” will come down the stretch with the Marlies once his season ends, unless he ends up playing so well that he gets picked to play in the World Championships.

Is the current Leafs roster the one we open the season with?

I don’t think it’ll be dramatically different. There’s really only one hole left (high-minute right defenceman), and while it would be monumental to fill it, it’s not a vital one. Shedding some contracts would be the ideal move, but that usually involves shedding players off the bottom of the depth chart, not through the middle or at the top.

Why havent the leafs hired you into their front office yet?

Besides the fact that I’d probably do a terrible job in a hockey operations role, there’s already been one TLN Editor that’s gone over to work for the team. A second one? That would be preposterous.
Advertisement
Ad
Advertisement
Ad