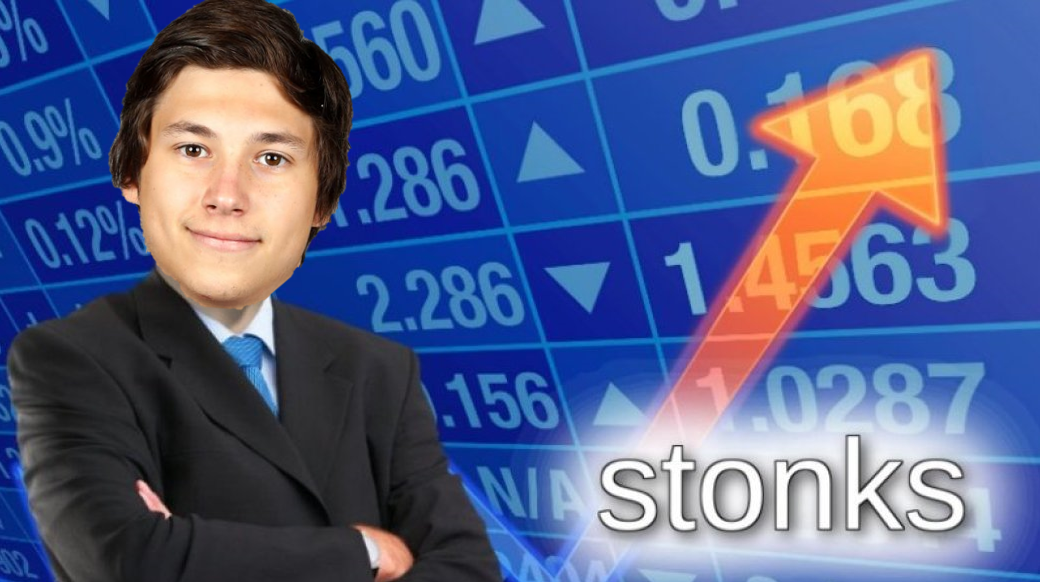 By 51Leafs
3 years ago
Comments

Position: C
Physical: Height: 5’11, Weight 163lbs
TLN Top-20 Ranking From Last Year: 11th
Acquired: 2018 NHL Draft, Round 3, 76th overall
Next up in our 2019 prospect rankings, we have everyone’s favourite prospect, Semyon Der-Arguchintsev – or “SDA” for short.
SDA captured the heart of Leafs Twitter last September, with many on-ice and off-ice factors contributing to it.
On the ice, Der-Arguchintsev is a smaller, crafty playmaker with jaw-dropping puck skills and fantastic vision. He was a true swing-for-the-fences, boom-or-bust type pick in the third round. Those picks are always the most exciting for fans.
Off it, SDA looks incredibly innocent and has the 16th-longest name of any player ever drafted in NHL history. That’s so much fun! Semyon is also apparently quite the character. He was lauded by Leafs coach Mike Babcock for his “infectious personality” and, as a result, was kept on the preseason roster after all of the other recent draftees were sent back to their club teams.
Advertisement
Ad
Advertisement
Ad

“I was laughing today during a four-on-four drill [because] he was out second. Who decided he was coming out second? He decided,” head coach Mike Babcock said after practice on Saturday at MasterCard Centre. “That’s how he feels about himself. He didn’t wait for his turn until someone said he could go. He thinks he should be out there. That’s a good sign.” – Credit : TSN

Der-Arguchintsev was even rewarded with the opportunity to play in a preseason game, and later that evening, his first NHL contract.
From there, the hype train went off the rails.
Seemingly every tweet about Semyon Der-Arguchintsev would get hundreds of likes, and everyone on Leafs Twitter was tweeting about him. When you’re the talk of the town in Leaf Land (for positive reasons), you usually start to become overrated, and that’s exactly what started to happen with Der-Arguchintsev.
Then the season started, and it did not go SDA’s way at all. In fact, it actually went in the complete opposite direction. Der-Arguchintsev finished the season with five less points and half as many goals as he had in his draft year. At one point in mid-November, he and Ian Scott had the same number of goals – one. Ian Scott. The goalie.
Advertisement
Ad
Advertisement
Ad
As a result of this whirlwind of highs and lows, some false narratives have formulated about Der-Arguchintsev in both directions. Let’s get into the scouting report, the negatives and then the positives, and attempt to nail down what this prospect really is, what he needs to do differently in 2019/20, and what he could become.

I mentioned earlier that Der-Arguchintsev, at one point in November, had the same goal total as Ian Scott. If you look at his career numbers, this lack of goal scoring has always been a theme. His career high in goals in an OHL season is 12, and he’s only hit double digits once in his three seasons in the league.
The last time Der-Arguchintsev’s goal total was over half his assist total was in 2014/15, when he was playing Bantamn hockey.
Advertisement
Ad
Advertisement
Ad
If you compare SDA’s number of goals this season to his peers, it looks even worse. Of all 268 OHL forwards who played at least 20 games in the league last season, SDA ranked, tied for 200th (!!) in goals, tied for 216th in goals-per-game (!!!) and 241st (!!!!!) in shooting percentage. That means 74.2% of regular OHL forwards scored more goals than SDA, 80.2% of them averaged more goals per game, and 89.5% of them had a better shooting percentage.
Now, it would be foolish to suggest that this wasn’t at all luck-related. Just look at that abysmal shooting percentage number. When you take what we know about shooting percentages and regression in hockey in 2019 into consideration as well as the fact that SDA scored double his 2018/19 goal total in 2017/18, it’s reasonable to say that SDA was snake bitten with some horrible luck in his draft+1 season, and we should expect a nice bounce-back for him in the goal column next season. Still, though, even if SDA’s luck changes a bit, it’s hard to envision him scoring more than, say, 20 goals unless he dramatically improves his goal-scoring abilities. 20 goals in the OHL is nothing special.
Advertisement
Ad
Advertisement
Ad
So, why can’t he score? What’s the problem? Glad you asked.
If we look at that stats sheet once more, Der-Arguchintsev was tied for 157th in shots on goal among the aforementioned group of forwards, meaning 57.8% of them took more SOG’s than him. I’m sure you know the old Wayne Gretzky saying, “you miss 100% of the shots you don’t take”, and while SDA is a really likeable kid, unfortunately, he’s not exempt from this universal rule.
Der-Arguchintsev is a pass-first forward. He always will be, and because of the toolbox he has, he definitely should be. But he has the tendency to elect for a pass or simply hang onto the puck in situations where he should be firing it at the net, and sometimes, you’ve just got to get it on net.
Advertisement
Ad
Advertisement
Ad
SDA also just isn’t a very good shooter. His shot isn’t very hard, and while some of this can be attributed to his lack of muscle, players like Cole Caufield and Alex DeBrincat also lack muscle, and they have no issues putting the puck in the net.
Der-Arguchintsev’s size deficiencies also hurt him along the wall in puck battles and in front of the net when battling for position. He lacks the type of “grit” and “tenacity” that most older hockey fans typically value quite highly, and while not every player has to be a Zach Hyman or Tom Wilson, winning puck battles and boxing out in front of your net are still aspects of the game that exist, and by extension are things that your team (and in particular, your head coach) would like you to do well in. His lack of strength also makes it easier to knock him off the puck. Along with improving his goal-scoring, getting stronger should be a main focus for Der-Arguchintsev.
Advertisement
Ad
Advertisement
Ad
Now that I’m done ripping on everybody’s favourite prospect and have probably made a lot of people angry, let’s get into what I think makes SDA a salvageable prospect with sizeable potential. While there are a ton of warts in his game, skill like Der-Arguchintsev’s isn’t something that many hockey players have, and when he’s on his game the prospect can be exciting to watch.
As I mentioned earlier, SDA’s puck skills are off the charts. Take a look at this clip, it’s loads of fun:

Der-Arguchinstev is also a phenomenal passer. His vision is amazing, and he’ll delay his pass and incorporate elements like head fakes or fake shots to trick his opponent and open up passing lanes.
Der-Arguchintsev is not afraid to hold onto the puck and look for what he elects to be the best play available, and while I’ve mentioned that this can work to his detriment, it can also work in his favour.
Advertisement
Ad
Advertisement
Ad
Check out this play. SDA slowly drifts towards the Oshawa skater, tempting the forward to collapse on him. This leaves Der-Arguchinstev’s teammate wide open at the point.  When the opposing player starts to get a little too close to SDA, he sends a nifty behind-the-back backhand pass onto his teammate’s tape, who can then walk in and snipe:

He now has 4 points (1-3–4) in 7 games to start the year #LeafsForever pic.twitter.com/xolMLvPccC

Here’s another glimpse at the type of opportunities Der-Arguchintsev can create for his teammates and the creativity he possesses:

One assist, 4 shots on goal and 2 PIMs for Der-Arguchintsev tonight vs London.

Some nice passes on this play from SDA (#19) pic.twitter.com/74ZlohwDH1

Taking another look at the numbers supports the notion that Der-Arguchintsev is a very good set-up man. The Russian centre was tied for 34th among all regular OHL forwards in assists, and tied for 38th in assists per game. He did this despite playing on a below-average, offensively-challenged Peterborough team that was 8th last in the OHL in goals in 2018/19. If he played on a better team with more high-end scorers, it’s not hard to imagine SDA racking up even more assists despite already having pretty good numbers.
Advertisement
Ad
Advertisement
Ad

Why He’s In This Tier

There’s something there with Der-Arguchintsev. There is a lot of skill to dream on. If he figures it all out, he could maybe even become a top-6 forward at the NHL level. He has a ton of potential and a lot of room to grow. It’s also not hard to see him struggling with professional hockey and potentially becoming a good player in a European league.
I gave him the “boom-or-bust” tag near the beggining of this article for a reason. He’s never going to be a checker or a grinder, and for that reason, he’ll have to rack up points if he wants to get a chance in the NHL and carve out a career in the league one day. He has a ways to go before he is ready to rack up points in the NHL.
Advertisement
Ad
Advertisement
Ad
For that reason, he’s a “fence sitter” for us. If he has a breakout season in the OHL next year, it’s reasonable to expect him to rise in our 2020 rankings. If not, he might plummet.

Writing off a skilled, drafted prospect in his teens is almost asking to be wrong numerous times. Der-Arguchintsev was always the type of player that was going to take a long to make an impact in the NHL anyway, and while he had a down year in his D+1, he’s still got a ton of time to turn it all around. He’s a very skilled, intelligent passer and a very enjoyable player to watch.
He’s the type of bet you should be taking on day two of the draft. He’s a really fun player to root for, and it’ll be fun to see how Der-Arguchintsev pans out.
Advertisement
Ad
Advertisement
Ad