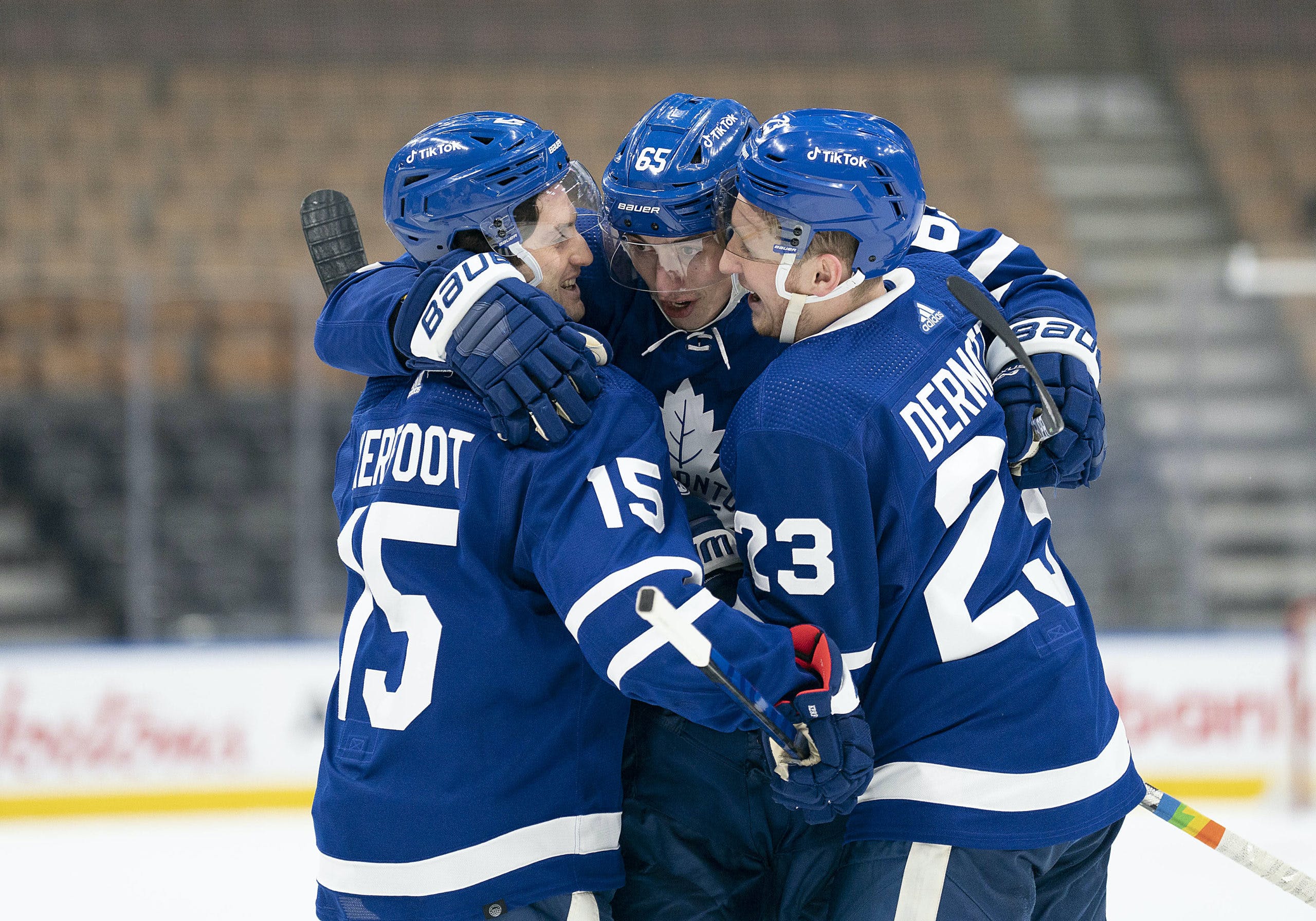 By Joseph Zita
4 months ago
Since training camp has officially begun, that means the new NHL season is just right around the corner.
This past off-season some players signed big-time extensions with their teams and some players signed big-time deals with new teams. However, there were also some players from the Maple Leafs organization from the past couple of seasons who have departed from Toronto that are set to make their return to the city this coming season. I thought we should review three notable ones and when they are scheduled to return to Toronto for the first time as a visitor.
Yes you have former Maple Leafs who played for the team last season like Petr Mrazek, Ondrej Kase, Nick Ritchie, Colin Blackwell and Ilya Lyubushkin with the last three only being a part of the organization for half a season or even less, and they will all be welcomed back to Toronto upon their return with their new team. However, I felt like these three players I’m about to talk about deserve a little more praise for how long they were a part of this organization for and how well they played here.
With that being said, let’s start this off with a fan favourite.

Jack left Toronto this past off-season to sign a pretty big five-year contract with the Edmonton Oilers that will carry an AAV of $5.5M. Now whether you’re a fan of the goaltender or not, I think we should all agree that not signing him to that contract was a good thing for this organization given the length he was seeking. Although contract aside and everything, Campbell became an instant fan favourite here in Toronto after the trade to acquire him along with Kyle Clifford from the Los Angeles Kings in early 2020.
Whether it was his sense of humour or his kindness, Campbell instantly became the nicest goalie in the entire league and it wasn’t even close. However, when the Maple Leafs acquired Campbell from the Kings, he was in the last year of his deal at the time but signed an extension with the Kings in the 2019 off-season for two years that carried an AAV of $1.650M and was set to become a UFA in the 2022 off-season, which he ultimately did. Although he was only a member of the Toronto Maple Leafs for two and a half seasons, it honestly felt like Campbell was here longer than that and during his time in Toronto played some excellent games and had some pretty good numbers to go with it too.

In only 77 games over two and a half seasons with Toronto, Campbell had an incredible record that saw him record 51 wins in those 77 games while also posting an impressive .916 SV% and a pretty solid 2.50 GAA to go along with seven shutouts.
Jack is set to make his return to Toronto to play the Maple Leafs on March 11, 2023, when the Oilers come to town. I’m sure he will receive a very, very loud ovation when his welcome back tribute comes up on the jumbotron.

This one might be a little sad for others when Travis Dermott makes his return to Toronto for the first time. Travis was traded to the Vancouver Canucks in exchange for a 2022 third-round pick ahead of the NHL’s 2022 trade deadline. Now, when I say this one might be a little sad for others when he returns, I mean that because of the situation he was in here. A hometown kid playing for the Toronto Maple Leafs after being drafted by the Toronto Maple Leafs in 2015 and spending the last eight years as a member of the organization while winning the 2018 Calder Cup with the Marlies and playing in his first NHL game with the Maple Leafs on January 6, 2018, it’ll be a tough but great return for Dermott as he returns with the Canucks.
Although he never really had the chance to solidify himself as a top-four defenseman in Toronto, he had runs with this team where he was a very good bottom pair guy at times, but when the time came last season to move on from him, it was a mix of giving the player a better chance to play somewhere else and freeing up some cap space in the process, which they did. Over his five seasons (251 GP) with the Maple Leafs, Dermott put up decent offensive numbers as a bottom-pairing defenseman.

Travis is set to make his return to Toronto to play the Maple Leafs on November 12, 2022, when the Canucks come to town. Just like Campbell, I’m sure Dermott will receive cheers when his name is announced on the PA system and when there’s a tribute on the jumbotron.

Ilya – just like Jack Campbell – was an instant fan favourite here in Toronto when he signed and made his debut for the organization and it was sad seeing him leave this off-season to sign with the Vancouver Canucks. Mikheyev signed a one-year contract with Toronto in May of 2019 after playing over in the KHL previously and from that point on, the fans instantly loved him for his love of soup. After his first year in Toronto, he was rewarded with a two-year contract extension with a little raise too that saw an AAV of $1.645M and in those two years he had some ups and downs but it was in the last year of his contract where he was an animal.
On top of his insane speed on the ice, Mikheyev was an important piece to this team’s penalty kill and he also finally added a little scoring touch to his game. It felt like in his first two years as a Leaf he would have so many chances to score but would either miss the net, shoot it right at the goalie, or hit the post, however, last season he set a career-high with 21 goals in 53 games. He was, without a doubt a very important piece to this team’s bottom-six over his time here and his presence on the penalty kill will be missed.

Just like the previous two guys, the ovation for Ilya Mikheyev will be loud, and the fans will be happy to see him. Mikheyev who is now teammates with Dermott once again, this time in Vancouver, is set to return to Toronto on November 12, 2022, as well.
More from TheLeafsNation.com