Rasmus Sandin is officially not in the Leafs training camp, now what? 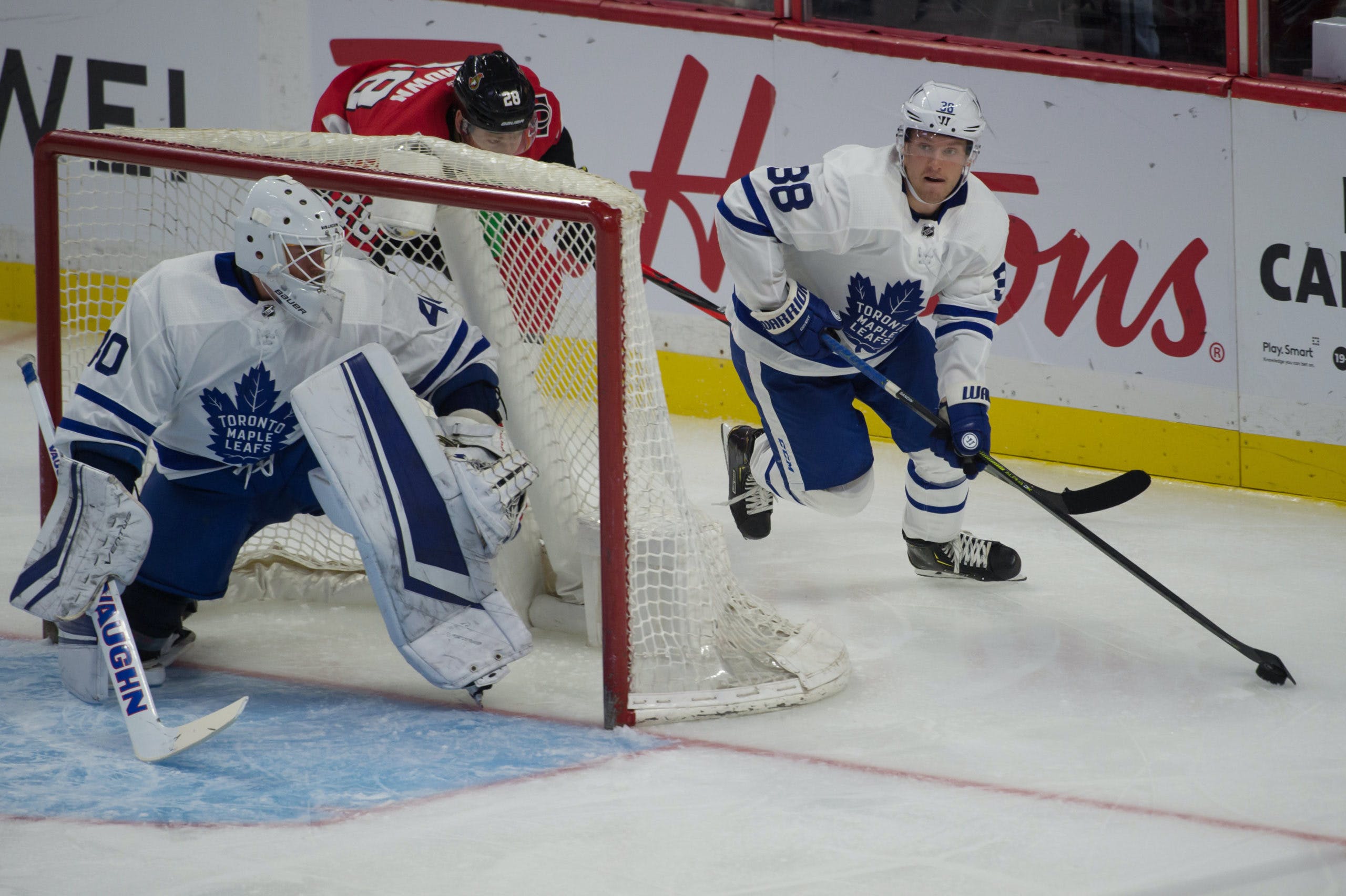 By Jon Steitzer
4 months ago
You know, when Rasmus Sandin wasn’t signed yesterday it got me thinking there was a really good chance that he wasn’t going to be signed today either. Looks like I was right. Of course the result of that is Rasmus Sandin is not in the Leafs training camp, and while that could not suck more from development and being ready for the season perspective, it’s not going to be a decision that he and his camp arrived at lightly, and they feel it is what is right for him. This isn’t Sandin “holding out” this is Sandin not having a contract because he and the Leafs couldn’t reach an agreement. The fault for him being unsigned (without knowing the specifics) is shared.
What we know from the Leafs side of things.
What we know about Sandin
The Leafs find themselves in the bizarre situation of having neither Liljegren or Sandin to open camp, and might not have either one of them until November, given that Liljegren at best will be available in six weeks. This is a pretty unfortunate situation for two young defensemen who both took strong initial steps in their first seasons full seasons in the NHL last year, and now will find themselves again starting from the back of the pack behind the Leafs veterans.
This situation has likely saved Justin Holl’s job in Toronto for now, and creates an interesting opportunity for Mete, Benn, and Dahlstrom to compete for the final spot in the top six.
Related:

While it’s entirely possible that Sandin could sign shortly after this article goes up, it’s equally likely that we find the Leafs waiting until December 1st to get something done. Sandin is also an interesting trade chip for the Leafs and I’m sure with each passing day we’ll start seeing that idea gain more traction despite any talk of trades being silent until this point. It’s also just a matter of time before we start hearing about Sandin working out with Rögle or another European team.
Henny as always is right. The Leafs can certainly look back at some bad decisions with young players they tried to play hardball with, and Stralman is a perfect example because that situation also seemed to be more about opportunity than money. The Leafs are also seeing some of their leverage evaporate with Liljegren being out. There is now a clear need for another NHL defensemen in the lineup and while that shouldn’t equal a willingness to pay hundreds of thousands of dollars more, it should at least put a bit more of a sense of urgency into talks for the Leafs.
There is also something to be said for this happening in the final year of Kyle Dubas’ contract. As much as Dubas has stated he doesn’t want his contract situation to be a distraction, starting off the season with another unsigned RFA isn’t an ideal look and one that Lewis Gross could be looking to exploit.
If you are a fan of drama, good news, the Sandin situation isn’t going away and now that training camp has opened, it can be considered escalated.
If you are a fan of the Leafs, bad news, Carl Dahlstrom could be on the opening night roster now.
More from TheLeafsNation.com: