Around the NHL: The Ivan Fedotov saga, an upswing in diverse hockey operations hires and a new face in Los Angeles 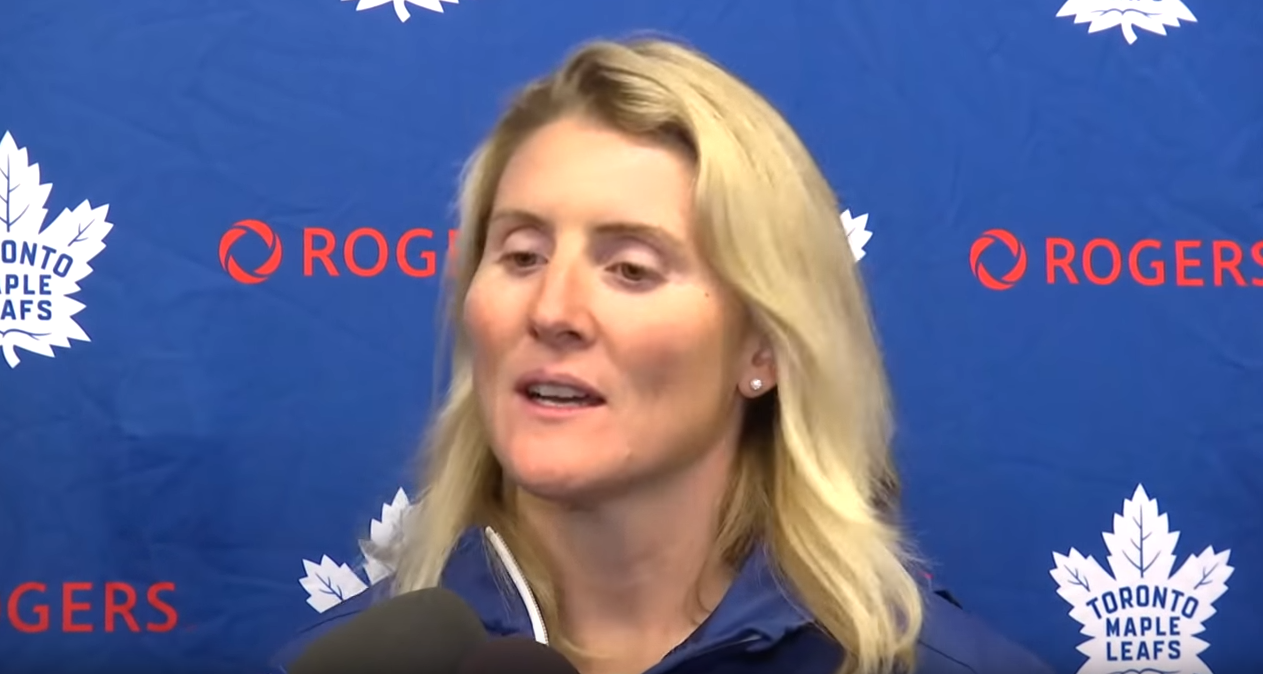 By Scott Ony
6 months ago
With only two nights remaining until the NHL entry draft, teams have been scrambling to fill their management and coaching positions. Along with the plethora of new hires, free agents are starting to come off the board, there has been a massive trade and there continues to be plenty of speculation on future movement.
Despite all this, the biggest story now surrounds a player who has never played an NHL game. Philadelphia Flyers goaltender Ivan Fedotov will miss the 2022-23 season because he is currently detained at a Russian military base.
Ivan Fedotov
A Flyers draft pick in 2015, Fedotov has spent his entire career playing in Russia. After becoming a high-quality starter over the last three years in the KHL, Fedotov finally decided to sign with the Flyers and make his North American debut this fall.
Once this contract was signed, Fedotov was sought out by Russian military for an alleged attempt to evade mandatory service. Shortly after, he was hospitalized with gastritis although he had no released medical concerns in the weeks prior.
He remains detained at the remote military base, and it has been reported he will not play in 2022-23. His current state of health is unknown as is the future of his hockey career. There are worries that other NHL players and prospects could be in danger as well.
New executives and coaches
Earlier today the San Jose Sharks named Mike Grier their fifth general manager in franchise history. Grier replaces Doug Wilson who held the job since 2003 but was forced to resign earlier this year due to medical reasons.
A first time GM, Grier has spent the last two seasons in hockey operations for the New York Rangers. Prior to that he worked as an assistant coach for the New Jersey Devils and a scout for the Chicago Blackhawks.
Grier played over 1000 games in the NHL including three seasons with the Sharks from 2006-2009. It has been a meteoric rise for him to become an NHL GM. His post-playing career began in Chicago in 2014 and just eight years later he finds himself at the helm of an NHL club.
Despite his relative lack of experience, he may have more knowledge of how to run a team because of his family. His father Bobby Grier spent more than twenty years working as a coach and executive in the NFL. His brother Chris Grier is the current general manager of the Miami Dolphins. In his introductory press conference with the Sharks today he said he has known he wanted to be an NHL GM since he was ten years old.
He is the first black GM in the history of the league and one of very few black people to work in coaching or management. Back in 2020, Brett Peterson became the first black assistant GM in the NHL with the Florida Panthers. The Sharks aren’t the only team breaking the mold of traditional hires. Several NHL teams have recently hired women as well.
Earlier this week, Emily Engel-Natzke was promoted to video coordinator of the Washington Capitals. She is the first woman to become a full-time coach in the league. Jessica Campbell was hired as an assistant coach for the Coachella Valley Firebirds of the AHL. She is the first woman to be an assistant coach in that league. The Maple Leafs also promoted Canadian legend Hayley Wickenheiser to assistant GM this morning. She had been working in player development for the team since 2018.
Other hires over the last week include Rick Bowness to the Jets (head coach), Derek Lalonde to the Red Wings (head coach), Jim Montgomery to the Bruins (head coach) and several other assistant coaches and assistant GM’s around the league.
Trades and free agents
The Los Angeles Kings made a huge splash on Wednesday acquiring Kevin Fiala from the Minnesota Wild in exchange the 19th selection in this year’s draft and defensive prospect Brock Faber. They quickly locked him up afterwards with a seven-year 55.125 million dollar contract.
The Tampa Bay Lightning also made a big trade by sending Ryan Mcdonagh to the Nashville Predators for Philippe Myers and Grant Mismash. Mcdonagh was simply a victim of the salary cap as Tampa Bay needed to clear space.
One huge name that won’t be heading to free agency is the Canucks’ Brock Boeser. He re-signed with the team on Friday. He will be back in Vancouver for three years at an AAV of 6.65 million.
The Stanley Cup champion Colorado Avalanche also brought back depth winger Andrew Cogliano on a one-year contract and the Pittsburgh Penguins re-signed backup goaltender Casey DeSmith for two years.
Rumours continue to swirl about quality players who are likely to be on the move. Many of these players could be great fits with the Toronto Maple Leafs depending on the cost to acquire them. Two of the most talked about names right now are Oilers Winger Jesse Puljujärvi and Arizona Coyotes defenceman Jakob Chychrun. Both are just 24 years old and could be massive contributors for their next teams.
The Leafs remain focussed on finding a new starting goaltender and working on a contract with Rasmus Sandin but should be kicking tires on trades especially if they could acquire a young player with term like Chychrun.
More from TheLeafsNation.com
Uncategorized
Recent articles from Scott Ony