Besides the big four, which Maple Leafs need to step up in the playoffs? 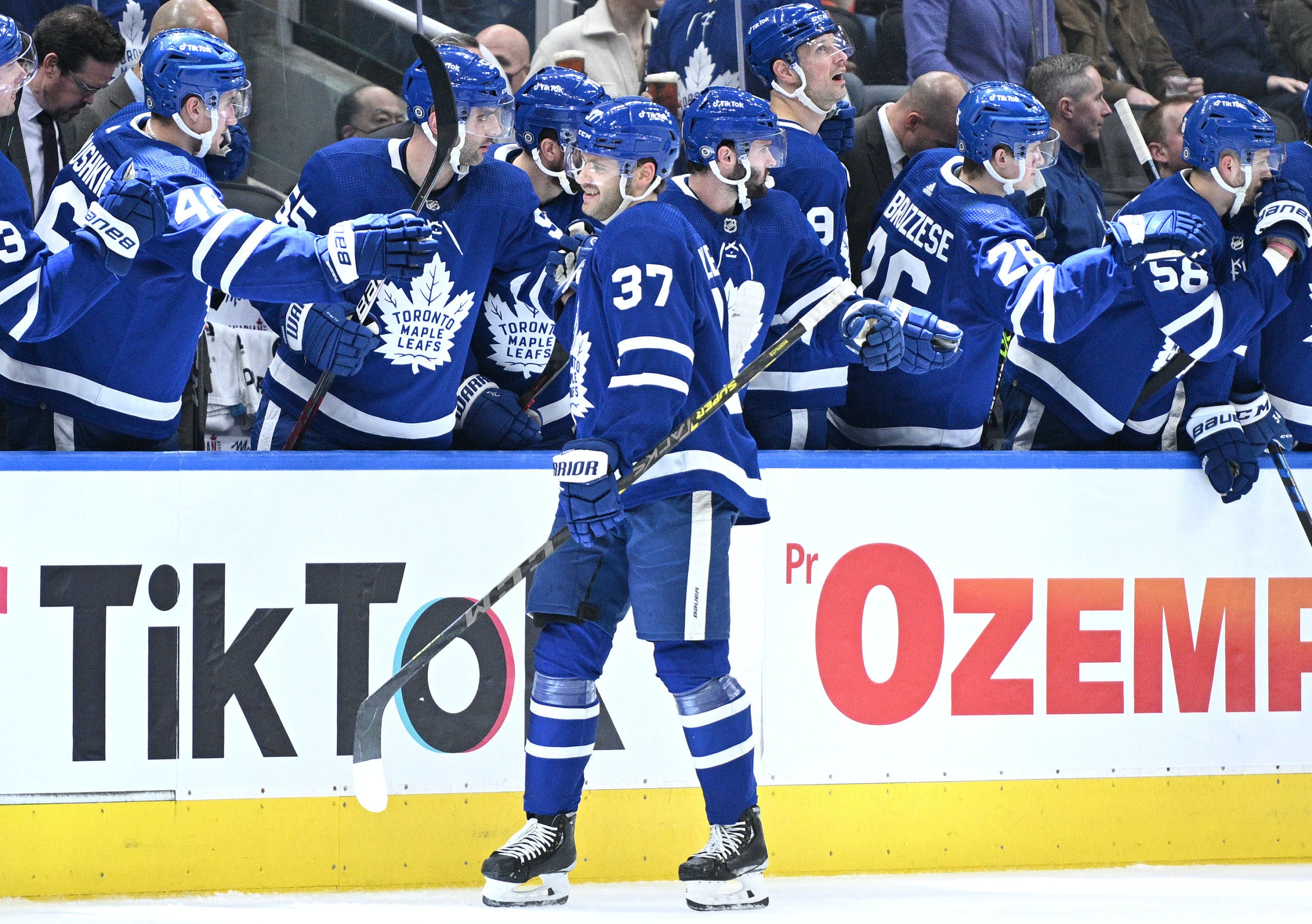 By Nick Barden
9 months ago
It’s always interesting when people discuss the Maple Leafs and the playoffs, together in the same sentence.
Each and every year, Toronto loses and fans say they’re done but by the time the next playoffs roll around, they’re back in. There’s so much to discuss around this time, like whether Auston Matthews and Mitch Marner will keep their form, if Jack Campbell can have a strong showing consistently against top-tier teams, and whether or not Toronto’s defence can hold up.
This season feels a little bit different. Maple Leafs fans haven’t found themselves asking much of those questions — or any at all. Many are confident in this team, even if they have to play the defending Stanley Cup Champions in the first round.
But, here at The Leafs Nation decided, we’d still like to ask this question; Who needs to step up (besides the big four) in the playoffs?

Well, the title intentionally takes away the obvious answer. The main thing that’s gone wrong these last few playoff runs is that the main core wasn’t been what we’ve come to expect from their regular season dominance.
Secondary scoring is one way to mask that, so we could say that. Getting some production from the 3rd and 4th lines would go a long way, even they’re not really designed for that. Engvall, Mikheyev, Spezza and Kase (if healthy) are all capable of adding clutch goals. So the depth players need to step up to make up for the drop off we’ve come to expect from the top two lines.

It would be unfair to put this much pressure on the secondary scoring, but having offensive support from the likes of Mikheyev, Engvall, Kerfoot, and Kase among others will be incredibly helpful to ensure the Leafs are well covered in the event the big four go cold once again.
Beyond the forwards, Campbell will need to play like he did in November because he will be the only viable option for the Leafs to use in the crease. Mrazek remains out with a groin injury and will need time to get readjusted, Kallgren remains a work in progress, Woll is also sidelined, and Hutchinson is best suited with the Marlies. If the Leafs are going to go anywhere, it will need to be up to Campbell.

When posing this question I meant to make it in the singular form to avoid too many “everyone needs to step up” takes or listing off half the roster. Alas, grammar often makes a fool of me and here we are. I’m going to do my best to keep this the way it was intended and go with the somewhat obvious answer here and say Jack Campbell.
When looking at potential first round opposition as well as who would potentially come after, the Leafs are outmatched in net by almost every team. Toronto has one hell of a team in front of their goaltender and as much as it sucks to put it all on the netminder, anything less than Campbell’s best could very well be Toronto’s undoing.
The good news is that Campbell has been on his best or at least best adjacent in the last three starts, and that’s what you need to see if you are the Leafs.

I’m gonna go a bit off the board and say Wayne Simmonds (and Kyle Clifford). It’s clear at this point that at least one of those guys are gonna be on the game one roster. They need to play good enough to justify it. And by good enough, I’ll put that in no uncertain terms: be complete pests that drive opposing players up the wall, get them off their game and drag the rest of the team into the fight. Simmonds was a non-factor in the playoff series against Montreal, he (and/or Clifford) can’t just be out there getting in a quick cardio workout. Every player has a role to play, they need to do theirs, it’s that simple.

Looking at their roster right now, I wouldn’t say there’s anyone that needs to step up because almost every player has been playing well up to this point. Their depth has been great, the defence has been solid most of the time, and the big players score a lot of the goals.
I can’t forget about how good Campbell has been of late, I don’t feel like he needs to step up.
If there’s one player I can think of, it has to be any of the players who are coming in for injured players. Whether it be Nick Robertson, Alex Steeves, Joey Anderson, Brett Seney, Carl Dahlstrom, Kyle Clifford or any one of the scratches, they need to play up to par for the rest of the team if there’s to be any success. At points there’s going to be players who go cold, but it’s up to the rest of the team around them to pick up the slack.
And if there’s an injury, the player who’s coming in needs to make an impact because if not, it’s not going to bode well for the Maple Leafs. Let me be clear about impact — I’m not looking for whoever it is to come out and score goals — just to do the things that are asked of you and that’s all.
POINTSBET IS LIVE IN ONTARIO