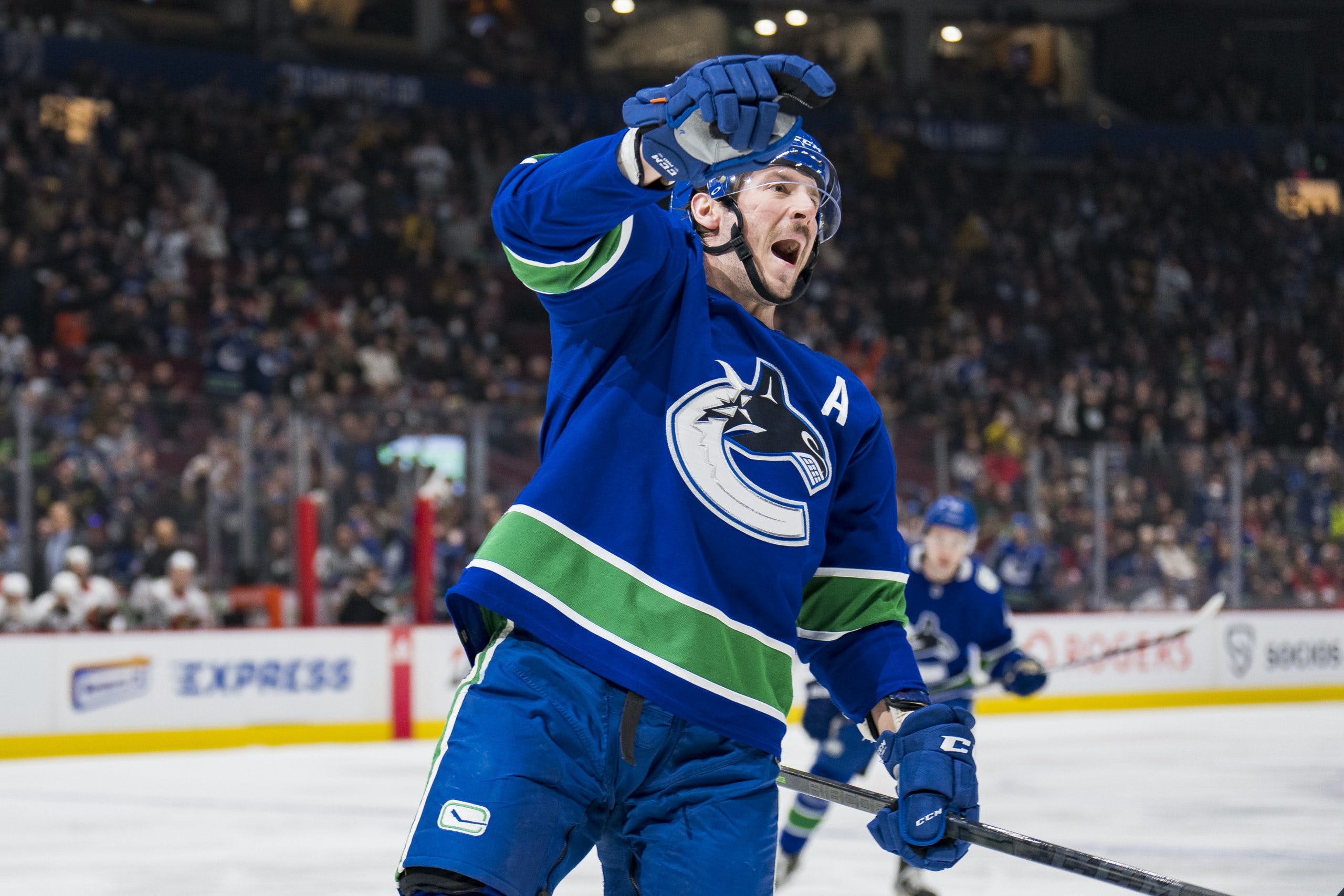 By Nick Barden
7 months ago
With the NHL draft and free agency inching closer and closer, does a trade from the Maple Leafs become more imminent?
On Thursday, DailyFaceoff’s Frank Seravalli released his Trade Targets list which named 25 players who could be on the block heading into the summer.
One of the names on the list that was a little surprising was Justin Holl. The 30-year-old still has one year remaining on his deal and would fit into their plans on the right side at the moment. That is, unless Toronto plans on doing something else.

What could this mean for the Maple Leafs’ defence heading into the 2022-23 season? Well, I think I have an idea.

There are a few names that stick out in Seravalli’s list, but one of the more fascinating names is Ethan Bear at #23. The 24-year-old is going to be an RFA this summer with not much of a track record to show for.
While he played 58 games with the Carolina Hurricanes and showed decent underlying numbers, Bear missed out on the playoffs due to an injury. The Maple Leafs could trade for the 24-year-old and qualify him at $2.4 million or see if Carolina lets him walk and then pounce on July 13th.
Either way, he might be a good bet.
Bear, in his 58 games this season, finished with a 56.59 CF%, a 50.00 GF%, a 55.51 xGF%, and a 55.49 HDCF%, all at five-on-five. He’d be an interesting piece that Toronto could experiment with on the third pairing alongside one of their veterans.

Another fascinating player on the list is John Gibson. Obviously, if negotiations don’t work with Jack Campbell, this could be the route to go down. The 28-year-old played 56 games this season with the Anaheim Ducks, but only came out with a .904 save percentage.
It hasn’t just been this year, though. Gibson hasn’t had a save percentage above .905 since the 2018-19 season.
While part of it might have been playing behind a struggling Ducks team, I don’t know if the Maple Leafs would want to run this risk given the sheer amount of games he’s played in his career. Gibson has five more years at $6.4 million, so Anaheim would likely have to retain some of his salary for this to work.
I like this idea when Seravalli says “His body language in Anaheim indicates frustration, so perhaps a change of scenery will energize him.” However, I don’t know if Toronto’s the team that would play good enough in front of him to give the goaltender a chance to re-energize.
The workload with the Maple Leafs could actually wear him out even more. While I’m interested in the idea of it, I’m just not confident it would work out.

I believe everyone could agree that the Maple Leafs would be in good hands if they somehow landed J.T. Miller.
The 29-year-old had 99 points in 80 games this year with the Canucks and only has one more season at $5.25 million. It’s going to cost a lot to pry him from Vancouver, but it would be incredible if Toronto was able to do it.
If it happened, they would be able to test John Tavares on the wing throughout the season. Along with that, Miller being in the Maple Leafs’ top-six immediately makes their first two lines one of the best in the NHL.
Toronto would have to move out Jake Muzzin and likely someone else to make this work, but people can only hope, can’t they? I see this as an unlikely route for Maple Leafs GM Kyle Dubas to go down give their cap space, but it could work in reality.
If they we’re given the opportunity to clear even more cap space…

Did you see what I did there?
Philippe Myers was loaned to the Toronto Marlies back on March 23rd and played incredible with them as they pushed for the playoffs. It unfortunately didn’t work out for the team, but Myers was instrumental in providing the Marlies with some very good defence.
Now comes the time where he and the Nashville Predators are at a crossroads. He has one more year at $2.55 million and would be a great buyout option for any team looking to clear cap space.
Okay, now do you see what I did there?
Seravalli states that whichever team acquires the 25-year-old can buy him out and receive a $616,666 credit on the next season’s cap, and then get charged $633,334 in the following season. If the Maple Leafs, you know, wanted to acquire anyone and needed the extra space, this would be a great option.
It could be to help sign Campbell, it could be for something else.
But each of these players add a unique opportunity for the Maple Leafs. While Bear could be another young defenceman that Toronto develops, there’s the chance that Gibson could come in and return to his normal form. Even Miller could join this team and fit right in with the top-six.
These are all interesting players to acquire via trade, but does any of this happen? I’m not too sure about that.
More from TheLeafsNation.com
POINTSBET IS LIVE IN ONTARIO!