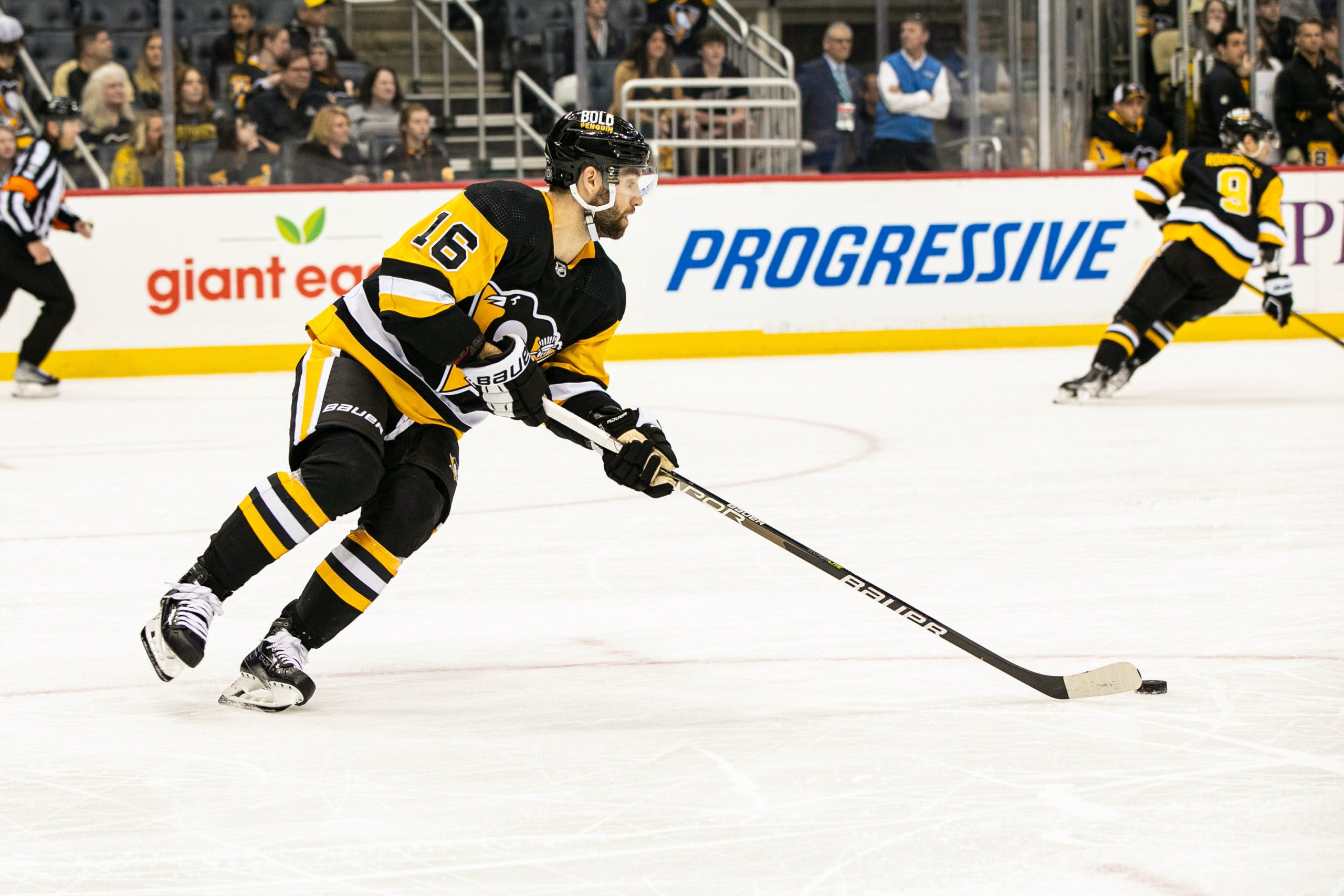 By Nick Barden
5 months ago
The Maple Leafs can delve down many avenues in search of the right player this summer, and that includes looking at a few who’ve just been bought out by other NHL clubs.
On Monday, DailyFaceoff’s Frank Seravalli looked at ten buyout candidates ahead of the buyout window which begins on July 1st. The list featured a number of older players, younger players, and goalies too.
It makes sense for the Maple Leafs to go this route because each of these players could be looking at one-year deals. Let’s say a ‘do-or-die’ contract. As some are getting older, their value becomes slimmer and teams won’t sign them long-term. Other players might take one year to prove that they’ve still got it.
And that’s right down Toronto’s alley of need right now. But off all these players, who makes most sense for Toronto when the gates open on July 13th?

By the time next season begins, Johnson will be 32-years-old, yet there’s a lot that he can bring to a Maple Leafs team that’s looking to get out of the first round.
Let’s be clear first — Johnson had a disappointing season — only playing 26 games for the Blackhawks and scoring seven points in that span. That puts him on pace for 22 points in an 82-game schedule.
The reason I like him is because he has experience winning a Stanley Cup, which you can never have enough of on a team. Plus, there still could be some gas left in the 32-year-old’s tank.
His underlying stats are bleak, I’ll be honest. But, if Toronto wanted it as an option, they could sign him to a contract that you can bury if things don’t work out. That could be a route worth going down.
And you never know, maybe he’s a difference maker on the fourth line throughout the playoffs. It’s an interesting case and worth looking into more.

Jason Zucker is one of the most intriguing players on this list for plenty of reasons.
The 30-year-old just isn’t living up to what the Pittsburgh Penguins expected of him back when the they traded for him. However, he still provides some decent value, especially where the Maple Leafs might need him.
Toronto’s lack of left-wing depth has been a problem for a long time and Zucker could be a part of the solution. Although he’s only played 79 games in the last two seasons, the 30-year-old still put up 35 points in that span.
That’s in line with Pierre Engvall and David Kampf but also more than Wayne Simmonds.
Zucker, like Johnson, would be an interesting depth piece for Toronto. He has great leadership, winning the King Clancy Trophy in 2019, and would be just another important player in their dressing room.
I really like this player if the Maple Leafs are able to snag him during free agency (that’s if the Penguins decide to buy him out).

Although I’ve wrote about him prior to this article, I do have to mention that Philippe Myers was in this piece by Seravalli.

Any team looking to bring in Myers will give him a unique opportunity — a fresh start. It’s clear that things haven’t worked out for him in Philadelphia or Nashville, so why not bring him in on a low-cost contract to let him prove his worth?
At 25, he could still be an important third pairing or depth defenceman, if he wants to be. And only he’ll be able to make that decision.
But like I’ve said, I wouldn’t mind the Maple Leafs taking a flyer on this guy, putting him with their development team, and seeing what both parties can get out of it. Plus, he’s familiar with the organization, which makes it easier.
I wouldn’t be surprised if Maple Leafs GM Kyle Dubas at least looked into that situation.

The mystery of Petr Mrazek

This isn’t a target for Toronto, obviously, but I put him in here because I found it interesting he wasn’t on Seravalli’s buyout list.
The 30-year-old has a $3.8 million cap hit for the next two seasons and getting that contract off the books would be huge for the Maple Leafs. However, buying Mrazek out might not be the way to go.
If Toronto bought him out this off-season, they’d have the 30-year-old on the cap until the end of the 2025-26 season — at a steep price too.

Looking at how much Mrazek would be on the cap, this is likely something the Maple Leafs won’t do. They just got out of the Phil Kessel retention mess, they won’t do that again.
So, in reality, it wasn’t interesting that he’s not on Seravalli’s list. Mrazek is more likely to be traded than bought out.
More from TheLeafsNation.com