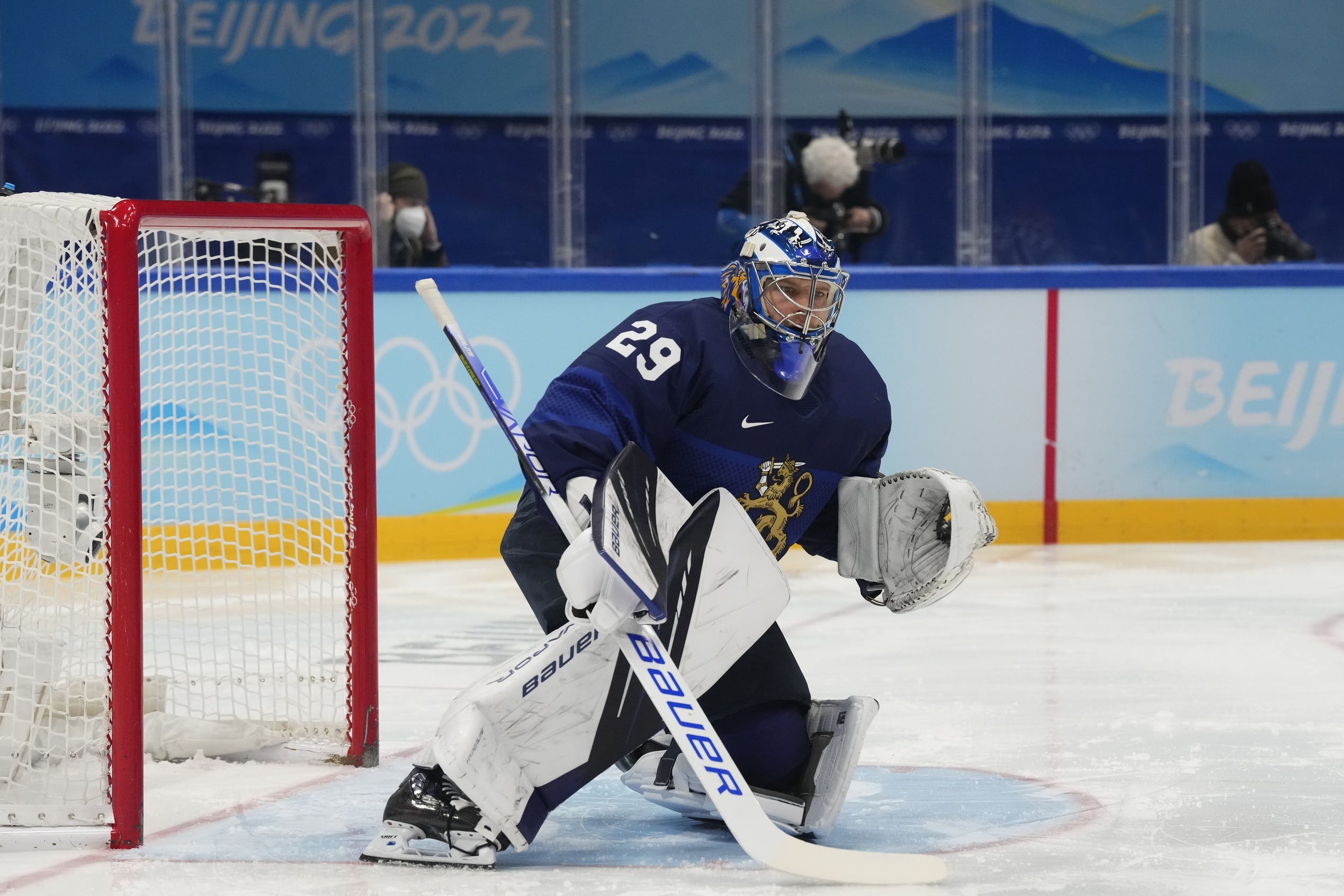 By Michael Mazzei
8 months ago
The dust has settled on the trade deadline and the Leafs’ goaltending situation remains unchanged. Kyle Dubas did try and address it through a trade for @Marc-Andre Fleury that fell through and signing @Harri Sateri out of the KHL. The recent gold medal winner for Finland had to first clear waivers in order to join the Leafs but was subsequently claimed by the Coyotes.
It no doubt must have been frustrating for Kyle Dubas to lose a player due to the rules regarding signing players from Europe during the season, who mentioned that multiple teams placed a waiver claim on him. On the latest episode of 32 Thoughts, Elliotte Friedman confirmed this while Jeff Marek mentioned an interesting tidbit.

EF: I heard there were four or five claims for [Sateri].
JM: How many were just to mess with the Maple Leafs? Cause I don’t know about you, but that afternoon, every time I’d check in with a team and brought that up, the answer was “Well we’re not gonna do it but we hope somebody else does.”
EF: I wonder if Toronto’s smarter play would have been to give him a two-year deal.
JM: Maybe.

Having five teams place a waiver claim on Sateri (whom the other 31 teams could have signed if they wanted to) is already crazy enough, but what Marek mentioned is even more so. This seems to confirm a report that Steve Dangle mentioned on the most recent episode of the Steve Dangle Podcast in which an insider told him teams tend to place a waiver claim on Leafs players as a bit. While it is not certain whether the Sateri claim was indeed part of the scheme, Marek’s quote of some team executives hoping they would be able to snag up the Finnish netminder seems to imply that this could be a real thing that happens.
Further to this is Dubas’ quote that the Leafs have had double the amount of players lost to waivers since 2018 when he was named the general manager. Not only has there been quite a number of instances where the Leafs have lost a player to waivers, but it has become a much more common occurrence since January 2021 with seven players claimed off waivers in that span. Coincidently, that was when @Jason Spezza threatened retirement if claimed by another team and this has become a more common trend ever since.
Additionally, Twitter user @kelseyrebecca highlighted that dating back to the 2018-19 season, the Leafs have had the second-highest percentage of players lost to waivers at 21.43%. Regardless of whether or not this is indeed a bit by NHL GMs to mess with the Leafs, the numbers are pretty telling.
In that same segment, Friedman wondered if the Leafs would have been better off signing Sateri for two years instead of one. The CBA states that players who played in Europe who sign their first NHL contract at age 28 and above are not subject to an entry-level contract. Sateri definitely fell under this category, especially given that he had previously played nine NHL games in the 2017-18 season with the Panthers.
While being signed to that second year could have played a factor in whether Sateri would remain a Leaf, I would imagine Dubas did the one year as a low-risk maneuver in case Sateri did not work out. This presented an ideal scenario for teams to snag up a proven netminder for cheap and the Coyotes bit, especially given they had just given up @Scott Wedgewood at the deadline.
It no doubt had to be frustrating for Dubas to lose the goalie so soon, but even he admitted that the chances of keeping him were low given the circumstances. Knowing that a number of the other teams are snatching up Leafs players on waivers more frequently these days makes this a tougher pill to swallow.
Regardless, the Sateri era in Toronto was short-lived and now it will be up to the in-house options to right the ship in time for the postseason.
More from The Leafs Nation
Uncategorized
Recent articles from Michael Mazzei