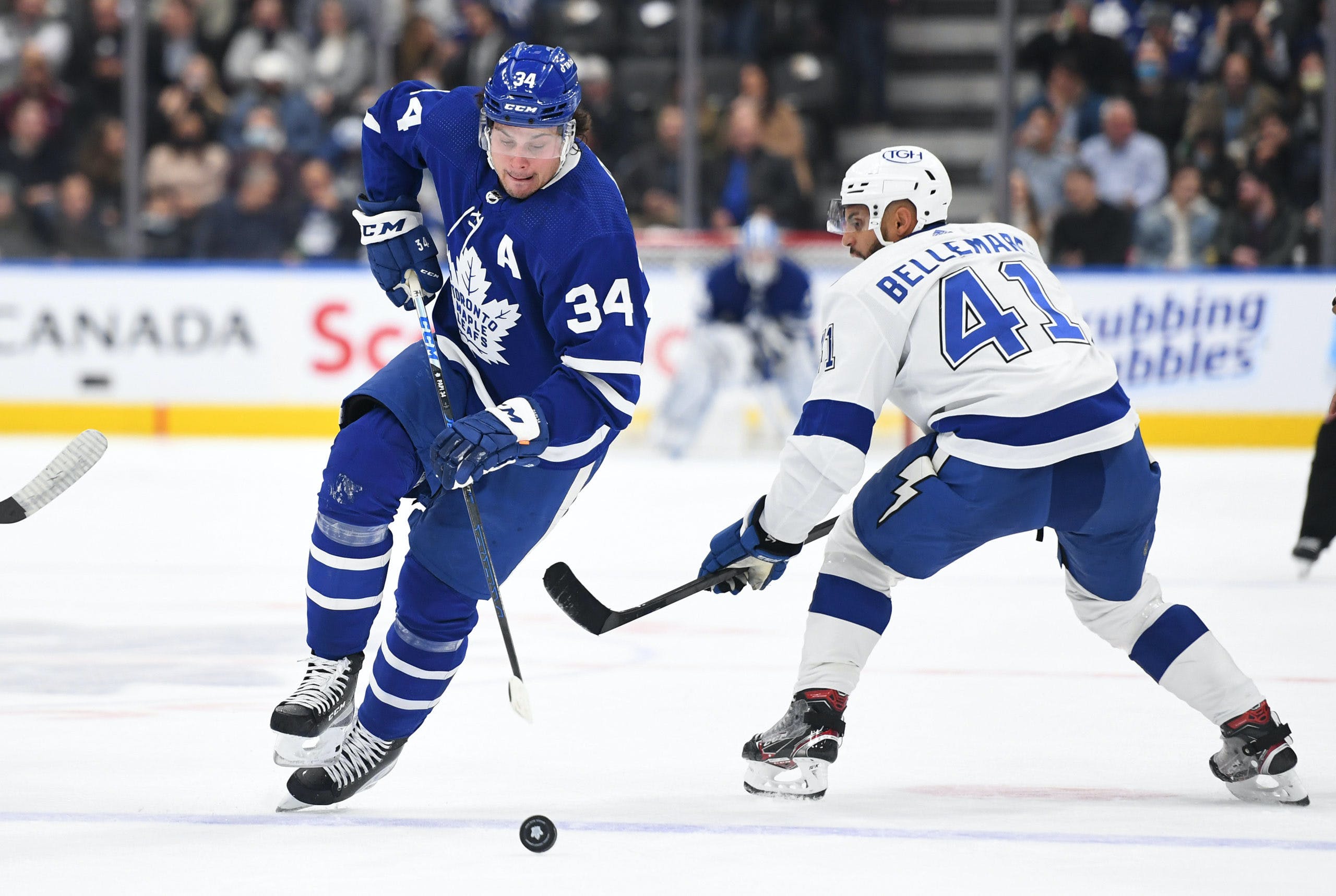 By Nick Barden
8 months ago
The playoffs are finally here.
After a few days with no games, the highly-anticipated series between the Maple Leafs and Lightning begins tonight.
This series is the most-anticipated of all the playoff matchups in the NHL right now and it’ll likely deliver as being one of the best (maybe) seven games that we’ve had in recent memory.
You’ve got players like Auston Matthews, Mitch Marner, John Tavares, and William Nylander on one side. And on the other there’s Steve Stamkos, Nikita Kucherov, Brayden Point, and Victor Hedman.
It’s a head-to-head that’s likely going to be either a chess match or a firework show.
“It’s about time we met in the playoffs.” Said Lightning head coach Jon Cooper after their final practice ahead of Monday’s game.

Ondrej Kase will return to the Maple Leafs lineup for game one of the playoffs. It will be his first game back since suffering a concussion on March 19th.
Michael Bunting will not return to the lineup for the first game of the series. He’s out with an undisclosed injury, but has been taking part in full practices with the Maple Leafs.
Another player that’s out will be Jason Spezza. He’ll be one of Toronto’s scratches for game one against the Lightning. Maple Leafs head coach Sheldon Keefe discussed the difficult conversation he had with Spezza after Monday’s morning skate.
Another player looking for a cup late in his career is Wayne Simmonds and he had some words on Toronto’s cup drought before Monday’s game.
On the Lightning’s side, it seems like everyone is accounted for ahead of game one in Toronto.
Point will return to Tampa’s lineup on Monday night after missing two of the last six games of the regular season. The 26-year-old will likely see some of the Matthews-Marner line and said it’s going to be a challenge.
“They know where each other are on the ice.” Said Point on Sunday afternoon. “They can make plays when it seems like there are no plays to be made and can put the puck into the net.”
Nick Paul and Brandon Hagel will play in their first-career post-season game when they drop the puck in Toronto on Monday night.

This should come as no surprise.
Jack Campbell will get the start for the Maple Leafs and Andrei Vasilevskiy will be in net for the Lightning.

Game one of the series begins at 7:30PM and it will be broadcasted on Sportsnet and Hockey Night in Canada. If you’re going to be in the car at any point of the game, you can catch it on the radio on TSN1050.
The Maple Leafs will also be bringing back Maple Leafs Square watch parties for all of their playoff games. If you’re looking to attend those, you can find the signup for entry here.
This matchup is going to provide lots of entertainment and it could end with the Maple Leafs doing something they haven’t done in almost 20 years.
More from TheLeafsNation.com
POINTSBET IS LIVE IN ONTARIO