If the Leafs really want to sign a new goalie, Mike Condon is the best one left in free agency 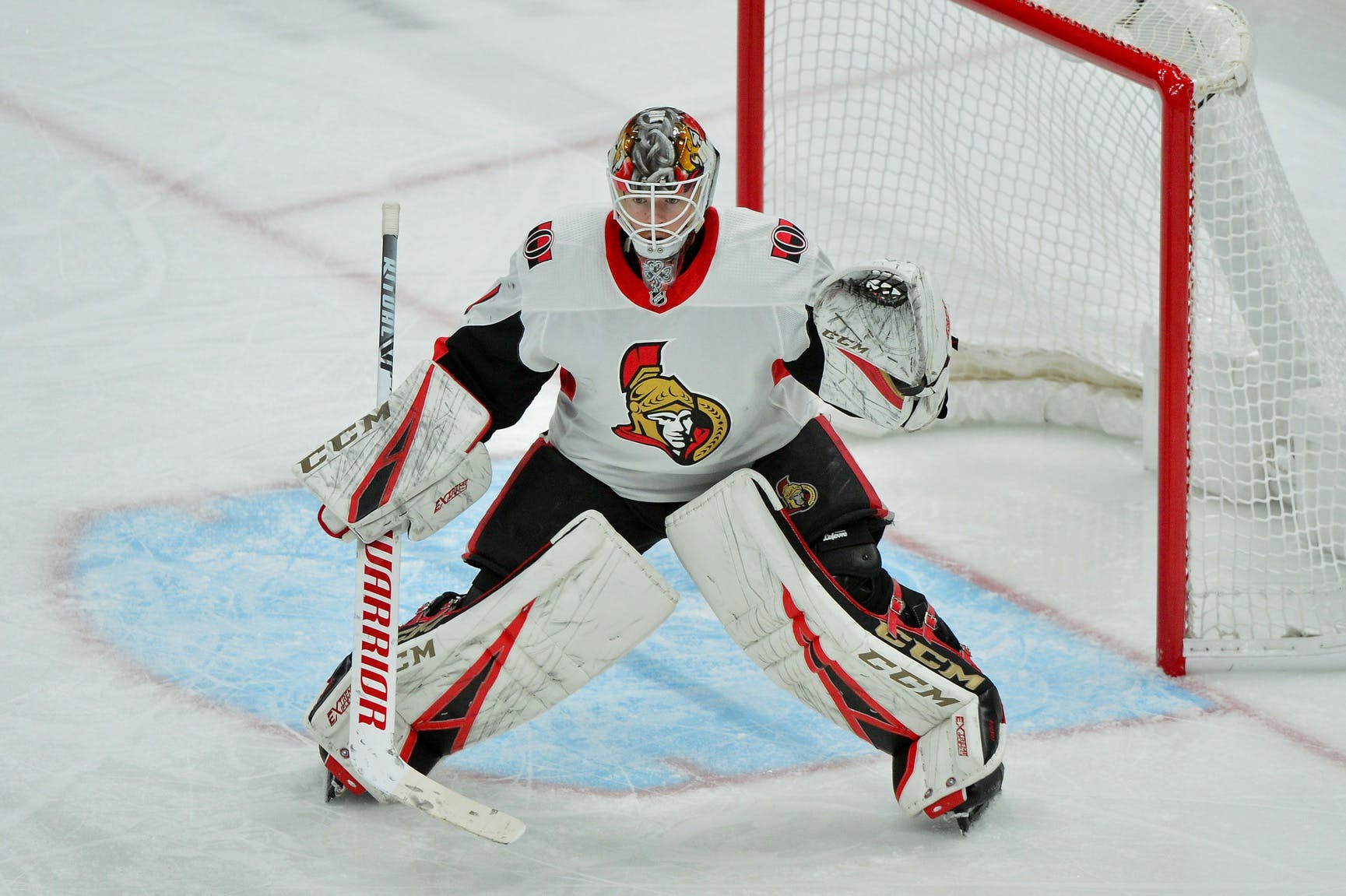 By Michael Mazzei
1 year ago
When the Leafs made the move to place @Aaron Dell on waivers, it pretty much marked the end of his short stint with the team that acquired him to be a solid third-string goaltender. With so many goalies already being claimed off waivers in this young season, it came as no surprise when the New Jersey Devils snagged him out of the Leafs’ hands.
As a result, @Michael Hutchinson is now back to being the Leafs’ third-string goalie and will likely be on the taxi squad for the majority of the season. The next two players behind him on the depth chart are @Joseph Woll and @Ian Scott, who both need some developing in the AHL and are nowhere close to being ready for NHL action just yet.
This puts the team in a predicament that they were hoping to avoid and will now need to figure out their plans for how to build up the goalie depth again. They could wait on the Devils to waive one of Dell or @Eric Comrie and claim them for free or they could sign the best netminder available in free agency. If the Leafs decide to go with the latter option, the only one worth looking into is @Mike Condon.
Although he hasn’t played in the NHL since the 2018-19 campaign, Condon has a track record of being a decent backup goaltender. His best season was in 2016-17 where he played 40 games with the Ottawa Senators and posted a 19-14-6 record, a .914 SV%, a 2.50 GAA, and five shutouts.
Condon did struggle to replicate that success on two bad Senators teams and then ran into hip injuries that sidelined him for months. He split the past season between the AHL and ECHL where he only appeared in a combined 11 games (seven in the AHL and four in the ECHL) and didn’t exactly light up either league.
So with everything that I have mentioned, why would the Leafs even consider going after Condon? Simple: he would be brought in to be their fourth-string goalie.
There’s nothing wrong with having Hutchinson be the Leafs’ third-string netminder for the season and he’s someone the team is already familiar with. Although his numbers during his first stint with the team were not glamorous, he proved that he still has a place on an NHL roster after going 2-1-0 in the playoffs with the Colorado Avalanche and forcing a Game 7 against the Dallas Stars. In fact, his numbers are pretty comparable to Dell’s.
Because of this, Hutchinson doesn’t really need to be in the AHL and will be better suited as a spare goalie on an NHL roster. However, if the Leafs run into injury trouble in the crease, it’s hard to forecast how confident the team would be in bringing up one of the two inexperienced netminders who still need time to fine-tune their games.
By signing Condon for the rest of the season, the 30-year-old would come in as the Marlies’ starter and be the insurance piece on the depth chart the Leafs could now use to ensure that they covered if either @Frederik Andersen and @Jack Campbell get hurt and miss time. It also helps that he appears to be fully recovered from his hip injuries and looking to prove he still belongs on an NHL roster.
Like I mentioned earlier, the Leafs could wait on a team like the Devils to put a goalie back on waivers to try and claim one. They could also do nothing and hope everything works out with their netminders. But if they want to go for a sure-fire thing and add to their depth, their best option is to sign Condon and have him become their fourth-stringer.
In the meantime, we can reminisce on Dell’s awesome goalie pads that were never used in a regular-season game.
All stats unless otherwise noted are from Hockey-Reference.com and HockeyDB.
Uncategorized
Recent articles from Michael Mazzei