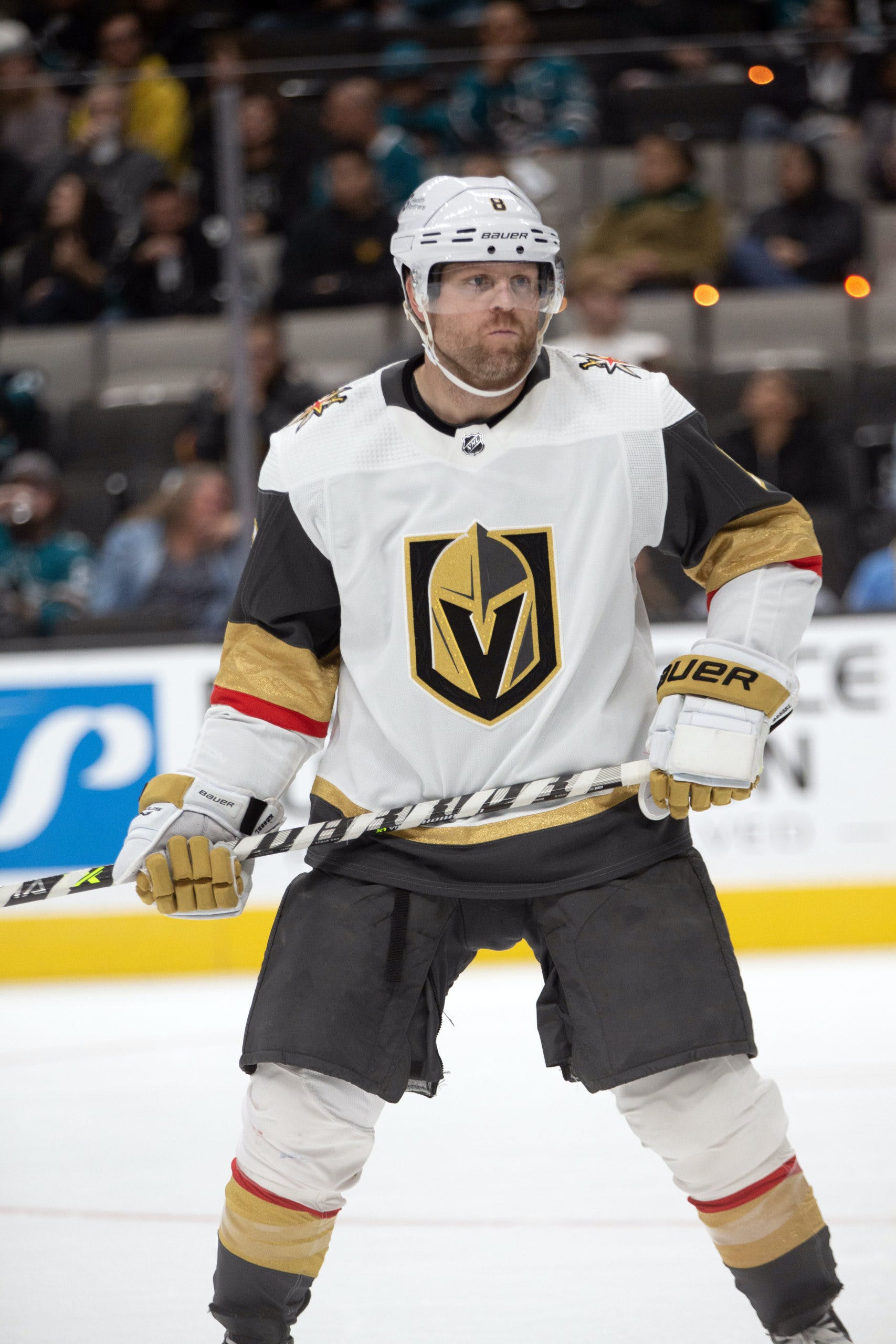 By Scott Ony
3 months ago
There has been a lot going on in the NHL this past week. Phil Kessel hit two massive milestones, the Canucks took the lead in the Connor Bedard race, a bunch of important pieces hit the injured list and a head coach is battling health issues.
Kessel milestones
Playing in his 990th consecutive game last night, Phil Kessel passed Keith Yandle for the all-time NHL ironman streak. Since November 3, 2009, Kessel has played in every single game for four franchises and won two Stanley Cups. To put this streak into perspective, John Tavares, Mark Giordano and Wayne Simmonds are the only players on the Leafs roster that have played in an NHL game before it started, wow.
To put a cherry on top, Kessel opened the scoring against the Sharks with a gorgeous goal late in the first period. It just so happened to be the 400th of his career and first as a Golden Knight. Not a bad day for the guy.
Canucks slump
Nobody expected the Canucks to be legitimate Stanley Cup contender this season but most of us thought they would at least contend for a playoff spot. With a loss to Carolina on Monday they’ve extended their season opening losing streak to seven games.
At 0-5-2 they are dead last in the league and the only team without a win. If there is one Canucks fan who’s happy about this, it’s Connor Bedard. The product of North Vancouver and future first overall pick could end up playing for his hometown team if this continues.
It doesn’t look like it will be getting better for the Canucks anytime soon with Quinn Hughes and Brock Boeser both out with injuries. They’ll likely figure it out mid-season to go on a run just good enough to get them out of a top ten pick.
Injuries
As mentioned above, Hughes and Boeser are among the notable players to hit the IR this week. Hughes is day to day with a lower body injury and Boeser’s injury hasn’t been disclosed.
The Ottawa Senators took a massive blow as well. Forward Josh Norris could miss the entire season with a shoulder injury. We don’t know how long he will be out, but it will be multiple months at the least.
Norris missed time last season with an injury to the same shoulder, though head coach DJ Smith says it is a different problem this time. Norris led the Sens with 35 goals in 66 games last year.
Earlier in the week, Jets winger Nikolaj Ehlers was placed on IR retroactive to October 18th. He is joining the team for their three-game road trip starting tomorrow in Los Angeles but isn’t expected to play.
All-time great Maple Leaf and current Chicago Blackhawk Petr Mrazek will miss at least the next week with a groin strain. He left Friday’s game against the Red Wings with the injury.
Rick Bowness
Winnipeg Jets head coach Rick Bowness will miss their upcoming road trip as he recovers from COVID. The 67 year old was out for the first four games with the illness.
He returned to coach for a game but then had to leave morning skate early on Monday after experiencing dizzy spells. Scott Arniel will serve as the head coach until he returns.
News
Recent articles from Scott Ony