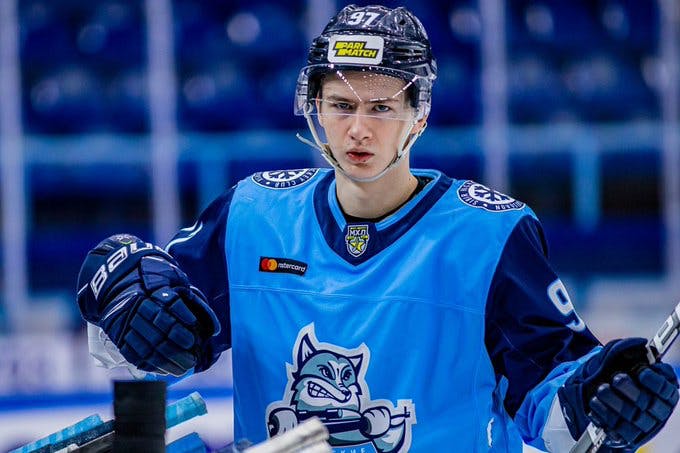 By Nick Richard
11 months ago
The Leafs announced on Friday that the club has signed Dmitry Ovchinnikov to a three-year entry level contract. Ovchinnikov, 19, was selected by the Leafs in the fifth round of the 2020 NHL Draft.
Ovchinnikov had been playing in Sibir Novosobirsk’s program with the majority of his playing time coming at the junior level in the MHL. In 40 MHL games last season, he registered 20 goals and 31 assists for one of the highest points per game averages in the league. His strong play was enough to warrant a callup to the KHL but he received very little ice time as an 18-year-old.
The story this season has been much of the same. He has been dominant at the junior level once again with 29 points through 22 games but has often been used as the 13th forward, going entire games without a single shift at the KHL level. Sibir is one of the few KHL teams without a VHL affiliate so there was no middle ground for Ovchinnikov between the top league and the junior level.
Ovchinnikov had signed a contract extension with Sibir back in August that was slated to run through the 2023 season but it was reported early Friday morning that his KHL deal had been terminated, leading to speculation that he was set to join another KHL club. Instead, he has signed his first NHL contract and will report to the Toronto Marlies of the AHL as soon as his Canadian work permits are approved.