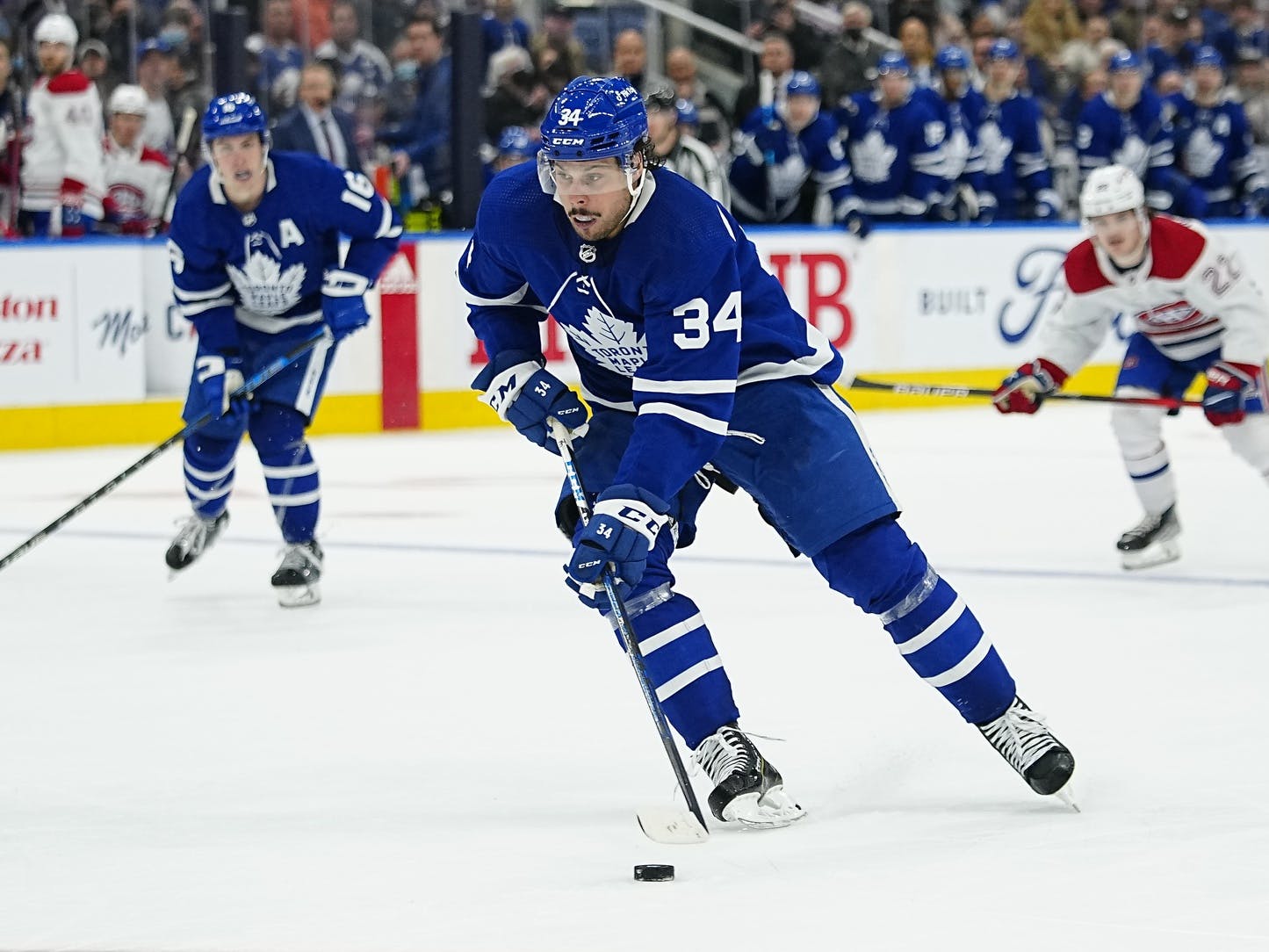 Photo credit:John E. Sokolowski-USA TODAY Sports
7 months ago
Auston Matthews will be out of the lineup when the Toronto Maple Leafs host the New York Islanders on Sunday.
“Auston’s got a minor injury I’d say at this point,” Maple Leafs head coach Sheldon Keefe said during his pregame availability with the media. “It’s out of an abundance of caution. We’ll give him the day off, assess it from there and take it from there.”
Matthews missed Monday’s practice last week for maintenance, but according to Keefe, this is a new injury that took place during the team’s 5-4 overtime win against the Ottawa Senators on Saturday. In that game, Matthews recorded an assist in 23:19 of ice time.
With the NHL’s top goal scorer out of the lineup, Keefe will move John Tavares up to the top line to skate on Matthews’ spot alongside wingers Michael Bunting and Mitch Marner. The rest of the lineup will be shuffled around as the coach sees fit.
Matthews has 58 goals and 44 assists this season. With the Leafs already assured of a playoffs spot and playing their second game on consecutive nights, the Leafs are being cautious with their top star.
After their game on Sunday, the Leafs will have six contests remaining in the regular season.
In addition to Matthews, Kyle Clifford will also sit out against the Islanders while Nick Abruzzese and Wayne Simmonds will re-enter the lineup after serving as healthy scratches on Saturday.
More from TheLeafsNation.com
POINTSBET IS LIVE IN ONTARIO