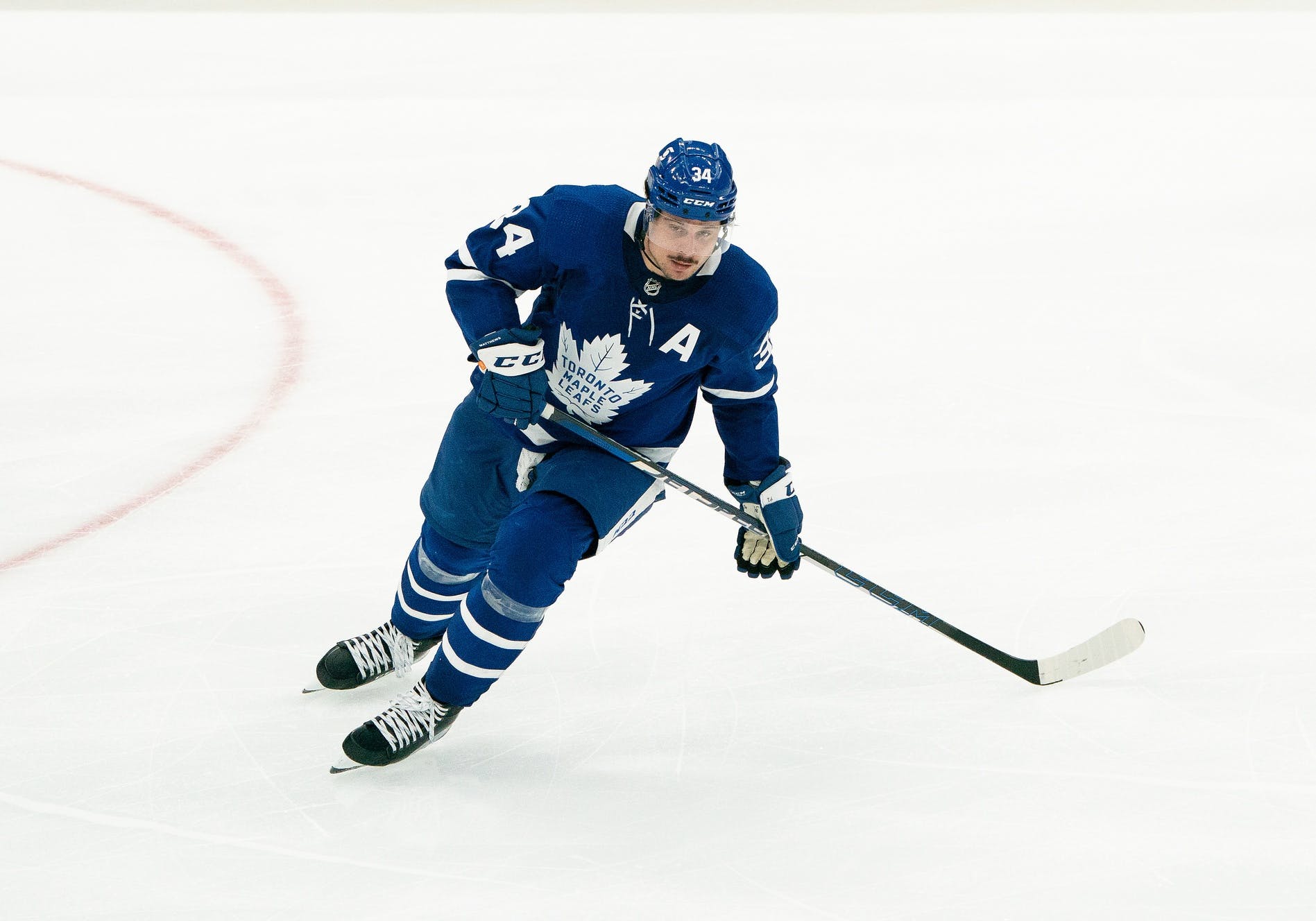 Photo credit:© Nick Turchiaro-USA TODAY Sports
9 months ago
Toronto Maple Leafs forward Auston Matthews will sit out for the third consecutive game with an undisclosed injury when his team visits the Tampa Bay Lightning at Amalie Arena on Thursday.
Matthews took part in the team’s optional skate Thursday morning, which later turned into a full skate with everybody on the trip taking part.
“He’s really close,” Maple Leafs coach Sheldon Keefe said of Matthews’ status. “He’s out on the ice, he’s getting his touches and all that but we’re in a similar place to where we were a couple of days ago. It’s not making any sense to put him in the lineup at this point.”
Matthews was held out of the team’s last two games and Keefe didn’t want to disclose the nature of his star’s injury citing the minor status of the ailment and the secrecy that comes close to playoffs time. However, Keefe did reveal following the team’s 5-2 win against the Phildelphia Flyers on Tuesday that the injury is something the player hasn’t dealt with before.
The 24-year-old dealt with a wrist injury that he had surgically repaired in the offseason. That forced him to miss the first three games of the regular season.
Matthews set the franchise record in goals this season and currently sits at 58. He also became just the third player in team history to hit the 100-point mark in a season, becoming the first to do so since Doug Gilmour accomplished the feat during the 1992-93 season.
With Matthews out, it’s expected the team will continue to experiment with the forward lines. The Leafs did not do any line rushes during the skate.
Defenceman Jake Muzzin will also miss Thursday’s game as he also deals with an undisclosed injury, not related to the pair of concussions the veteran has had this season.
Nick Abruzzese also skated late after with Matthews and Muzzin and is projected to be a scratch.
POINTSBET IS LIVE IN ONTARIO