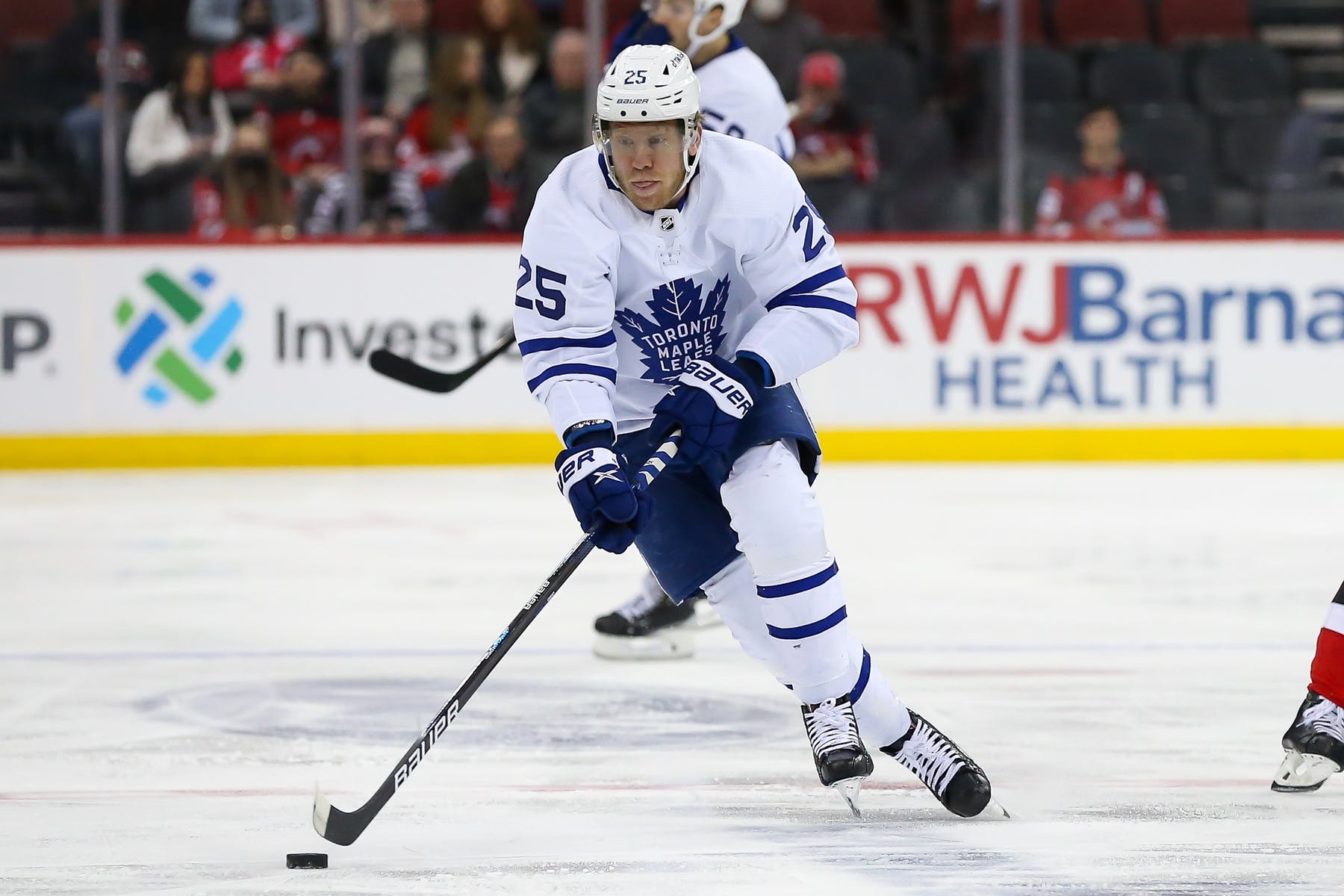 Photo credit:Tom Horak-USA TODAY Sports
9 months ago
VANCOUVER — The Toronto Maple Leafs are breathing a bit of a sigh of relief when Ondrej Kase joined the team for practice on Friday.
Kase left in the first period of the team’s 5-2 loss to the Calgary Flames on Thursday after he was on the receiving end of a hit by Flames defenceman Nikita Zadorov. Given Kase’s injury history, particularly with concussions, the Czech forward’s presence on the ice was, if not anything else, a surprise.
“I was shaking for a little bit so I went to the room to see what was going on,” Kase recalled after the hit. “Everybody knows my history, we just called it game over (for the evening) and see what was coming today and today was a good day.”
The Leafs announced in the second period of the game that Kase was pulled for precautionary reasons.
“The reports were good off the plane off the plane yesterday was that he was continuing to feel alright and feel better this morning,” Keefe said of Kase. “We’ll continue to monitor and make a decision on him tomorrow.”
As far as the hit goes, teammate John Tavares expressed his dislike for the play by saying the defenceman finished the hit with his hands high. Keefe also characterized hit as “violent” several times during his post-game remarks.
Kase said he saw the player come at him and also felt that the size difference between him (6’0″) and Zadorov (6’5″) likely played a part in how he got hit.
“I don’t know if it’s a dirty hit or not, like he hit my head,” Kase said. “I think every hit like this, it’s like almost to the head. If I’m big like Pierre [Engvall] or somebody like that it probably hits my chest.”
Kase has been an excellent value addition to the Maple Leafs this season. Signed to a one-year, $1.25 million contract in the summer, the forward has posted eight goals and 17 points in 36 games. His versatility has become an asset under Keefe. A regular third-liner, he has subbed in seamless as a first-liner when needed and currently plays on both special-team units.
The long-term ramifications of a head injury to Kase would be devastating to a player who was limited to just nine games with the Boston Bruins over two years. A short-term injury to Kase would have been problematic to a team that doesn’t have salary cap space to carry more than 21 players on the active roster.
With Simmonds back home to celebrate the birth of his second child, the Leafs were forced to skate with 11 forwards and seven defencemen.
Kase’s absence for the remainder of the game meant the Leafs skated with 10 forwards for the remainder of the game. In the late stages of the game, defenceman Travis Dermott skated a few shifts at forward.
Simmonds, who stepped up for Kase earlier in the week after the latter was hit by Carolina Hurricanes defenceman Brendan Smith, not there to deliver the payback, it was teammate Morgan Rielly who stepped up at the moment of the incident.
When Kase was hit, Morgan Rielly went after Zadorov in an effort to stick up for his fallen teammate.
“It’s just what you’re supposed to do as a teammate,” Rielly said.
Simmonds hadn’t arrived in Vancouver by the time the team practised at UBC Thunderbirds Arena on Friday but he is expected to be back in the lineup for the game against the Vancouver Canucks on Friday. At that point, a cleared Kase and a returning Simmonds will allow the Leafs to deploy 12 forwards and six defenceman against a rejuvenated Canucks led by recently installed head coach Bruce Boudreau.
“That’s how we prefer to play this,” Keefe said. “Our salary cap situation being what it is, we don’t have a lot of options. Our only other option was sending one of our guys down that don’t require waivers which is Sandin or Liljegren to bring up a forward. “It’d be nice to get Simmer back and if Kase is good to go it gets us back to 12 and six.”
More from theleafsnation.com
News
Uncategorized