Miller signing, suspensions and Leafs earn Team of the Week: Around the Atlantic 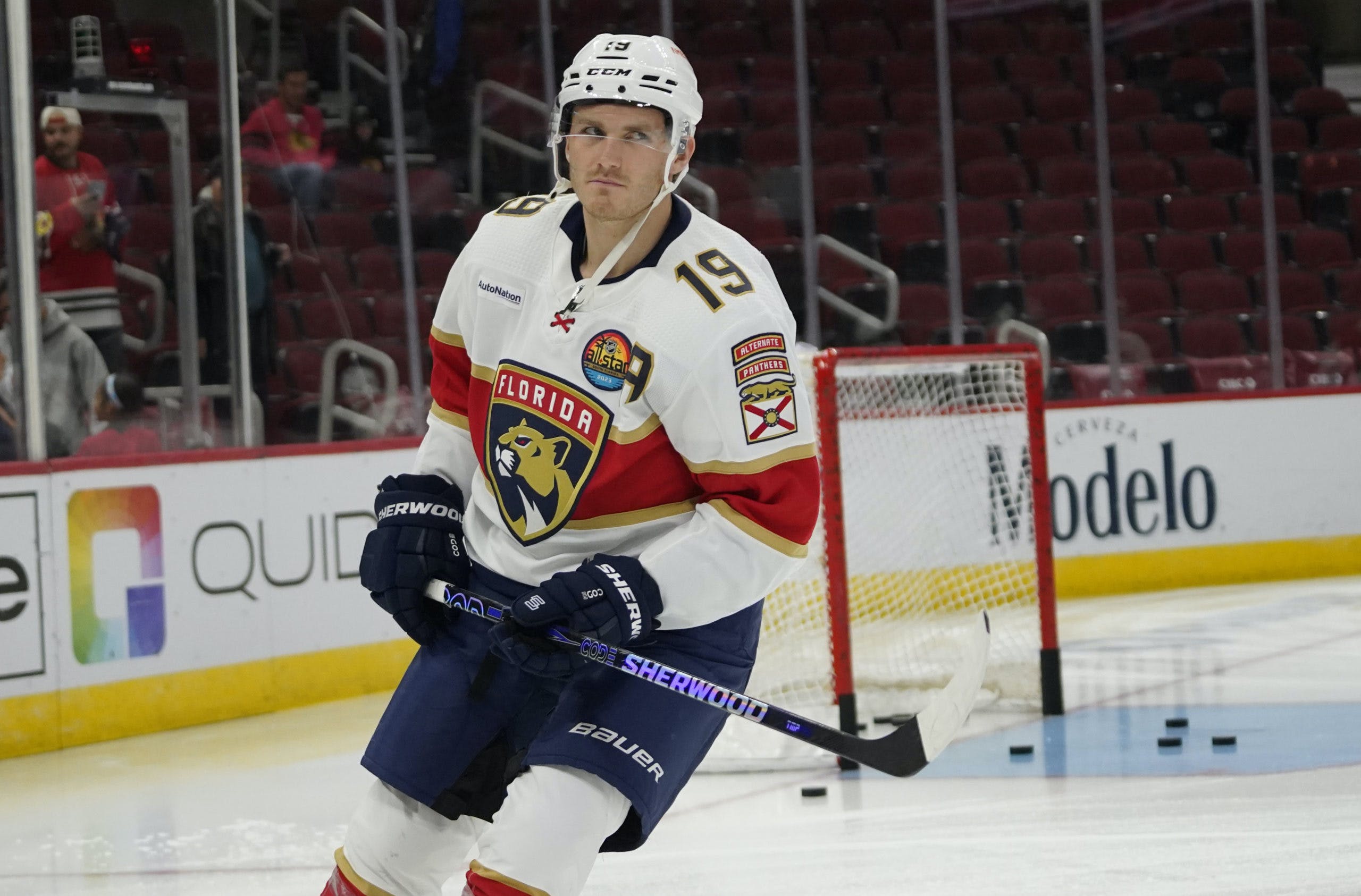 By Scott Ony
23 days ago
It was a controversial week in the Atlantic division. The Boston Bruins dominated the headlines with their signing of Mitchell Miller and two players were suspended. Also, for the first time this season the Leafs have earned the Team of the Week honour.
Miller signing
On Friday the Bruins signed Miller to an entry level contract. Two days later they have parted ways. Immediately after Miller was signed, the entire hockey world lost respect for Cam Neely, Don Sweeney, and the Bruins organization.
Either the Bruins management team is completely inept, or they didn’t care about Miller’s past. Neely claimed they thought Miller’s bullying of Isaiah Meyer-Crothers was an “isolated incident” and they changed their mind on signing him based off new information.
The story of Miller’s repeated physical and emotional abuse of Meyer-Crothers has been public since Miller was drafted by the Arizona Coyotes in 2020. There is no way the Bruins were unaware of the extent of Miller’s bullying.
Neely and the Bruins only chose to rescind their contract offer to Miller because of the public backlash. Had the blowback not been so extreme, Miller would be playing professional hockey in Providence right now.
This is another tough look for the NHL and hockey in general. I don’t care how good of a player Miller is, he doesn’t deserve the privilege of playing in the NHL. It’s not just the bullying of Meyer-Crothers, it’s how him and his entitled parents have handled it.
Suspensions
Two players in the division were suspended from incidents on Saturday. Josh Anderson was given two games for this hit on Golden Knights defenceman Alex Pietrangelo.
That’s the type of hit nobody likes seeing in hockey. Pietrangelo turns but Anderson clearly had time to let up. Luckily, Pietrangelo remained in the game and seems to be okay.
Matthew Tkachuk was also suspended two games for what the league called a high-stick on Kings goalie Jonathan Quick.
After Quick covers the puck you can see Tkachuk attempt to stick his blade through Quick’s mask and into his eye. This is one of the stupidest plays I’ve ever seen a player make.
It wasn’t aggressive and it would have been difficult to injure Quick with that amount of force but there’s just no need for it.
The league said it was because of the lack of force that it was only a two-game suspension, but it is a deliberate attempt to hurt another player and in no way a hockey play. Tkachuk is lucky to only be sitting two games for this one.
Team of the Week
It only took a month but finally the team most of us thought would win the Atlantic division has earned the Team of the Week. The Maple Leafs were the only Atlantic team to go undefeated over the last seven days.
They went 3-0 with wins against the Flyers, Bruins and Hurricanes, outscoring them 10-4 in the process. Unfortunately, they lost Ilya Samsonov to a knee injury, but for the first time all year the Leafs look to be on the right track.
Captain John Tavares led the way with four goals and an assist, including a hat trick against the Flyers. Auston Matthews and Mitch Marner each had five points as well. William Nylander has a goal and two assists.
Goaltending was fantastic too. Samsonov picked up two wins and stopped 36/39 shots against the Flyers and Bruins. Erik Kallgren made 29 saves on 30 shots versus the Canes today and made seven saves in relief on Saturday.
The Leafs are now 7-42 on the season and fourth in the Atlantic division. Rumours of their demise were greatly exaggerated. If their elite players continue to be at their best they will be a legitimate Stanley Cup contender.
News
Recent articles from Scott Ony